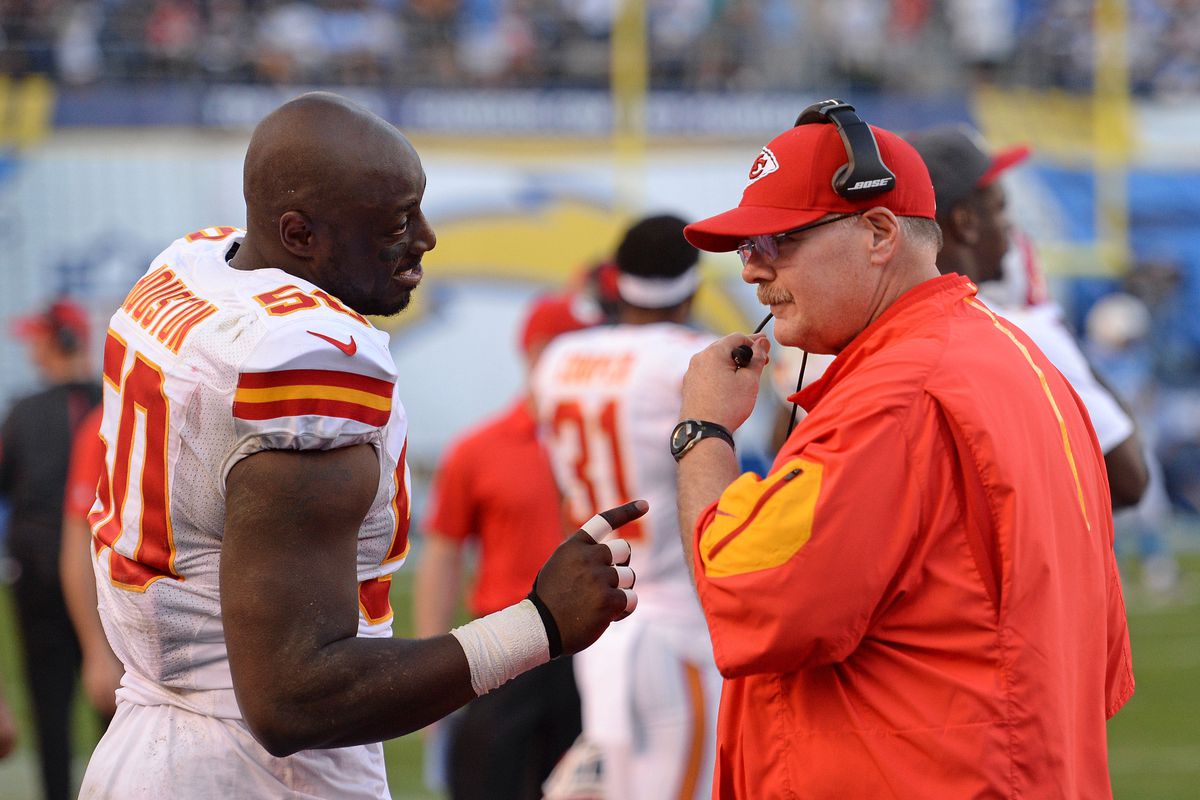 
While many fans look forward to the draft and the new faces of the Kansas City Chiefs, the post-draft process can be what sets up a team. Whether it be signing undrafted rookies or scheming for the new players, each step is building to the upcoming season rather than resting upon the issues or successes of the previous season.

Brett Veach may, and should, look the Chiefs' past to set up best for the future. An old friend is in a position to come home.

On Mar. 10, 2019, the Chiefs cut Justin Houston. At the time, it was an understandable move that still stung. A few seasons removed from the unforgettable 22-sack season, Houston was oft-injured and was not breaking double-digit sacks. Add that on to his $15 million cap hit and the writing was on the wall. It was still disappointing to see Houston, who was in Kansas City for eight seasons, be shown the door. He compiled 78.5 sacks with the team, nearly averaging 10 sacks a season.

Little did fans know, there would not be another Chief with a double-digit sack season since Houston's release. Not Chris Jones, not Frank Clark, no other defender.

While Kansas City went to the Super Bowl twice without Houston, he quietly continued succeeding in the AFC. After signing a two-year, $24 million contract with the Indianapolis Colts in 2019, Houston had 11 sacks in 2019 and 8 in 2020. For a defender on the other side of 30 coming into a new system, the production was respectable. However, Colts general manager Chris Ballard may have shut down Houston returning to Indianapolis for another season.

This comes after Indianapolis drafted two defensive ends in the first and second rounds in the 2021 NFL Draft. While Houston may be a better Day 1 option for the Colts, a team doesn't spend that much draft capital to have the players sit on the bench.

With his previous home occupied, Houston has been linked to several teams, including the Baltimore Ravens, New York Giants, and Kansas City Chiefs. He visited Baltimore prior to the draft, but left without a contract. Beyond that, any connection is simply speculation that happens during the dog days of football.

So let's play the speculation game; should Houston come back to Kansas City for a last ride?

The case is solid for Houston filling a strong term need. Despite drafting Joshua Kaindoh, he is not set to be a day one starter opposite Frank Clark. Mike Danna could fill that role, but he would hardly be an inspiring option. Fans are calling for Chris Jones to play opposite Clark, yet Jones has the greatest impact on the inside. All in all, there is not a clear option opposite of Frank Clark for the upcoming season.

Bringing in Houston would fulfill multiple goals. For the Chiefs, this addition would provide time for younger players to develop without having too much expected of them. Besides, Houston has shown that he still has some left in the tank. Steve Spagnuolo would certainly be happy to have a player of Houston's caliber on the field.

Houston may have more to gain from a return to Kansas City. First and foremost, he would join a team chasing a championship, a team ready to win now. He would come to a team in need of him, not relegating him to a backup or smaller role. This role would only help Houston's legacy. Only 2.5 sacks away, a season or full-time play could put Houston over 100 career sacks.

Barring any burnt bridges, other suitors, or unknown medical issues, Kansas City should have made contact with Houston already. He visited Baltimore and left with no contract; that may not be the case with another team he visits.

Houston would be the returning Kansas City star helping his original team win a championship in one last rodeo. The story writes itself and would be an amazing last run for Houston.