We have all been to a store and passed by the bargain bin.

Usually, the merchandise low-quality junk -- or it has sold poorly and been discounted so the store can get rid of it minimize their loss.

Not much good can generally be found in these glorified dumpsters.

But every once in a while, you can find a gem -- something overlooked by others from which you can find some use. Sometimes, really nice deals can be found. And let's face it: when you don't have much scratch to spend, your options are limited

That seems to be the predicament with our world champion Kansas City Chiefs.

And yes... it still feels unreal to say that.

Depending on where you look, the Chiefs have anywhere from $16 to $20 million in salary cap space -- before the franchise tag is applied to defensive lineman Chris Jones. No fewer than 20 other players from last year's roster are set to become unrestricted free agents. Four more will be exclusive rights free agents.

Starting in about a week, this exodus of talent will have to be replenished -- and general manager Brett Veach will be on a tight budget. The club will have to be creative with how they use their money.

As you may know, when it comes to roster building, the NFL Draft is -- and always will be -- my first love. It is the best way to build (and maintain) a young, inexpensive roster. I also love college football and always watch it with an eye out for players who could help the Chiefs win.

But as the years go by, I'm becoming more interested in free agency -- because what a team does in March is becoming almost as important as what they do in April. And I'm not just talking about big-ticket players. Over the past couple of seasons, the Chiefs have struck gold with several inexpensive free agents -- so much so that I believe they might not have become Super Bowl champions without these shrewd moves from the front office.

This is actually consistent with my view of the draft. Day 3 is always my favorite. It's where truly great general managers shine, finding real value that adds depth and talent -- while still keeping the roster young and inexpensive.

So I like looking at free agents the same way. What under-the-radar free agents could be acquired at bargain-basement prices -- but still pay dividends for the Chiefs?

I have several in mind, but let's start with two in particular. 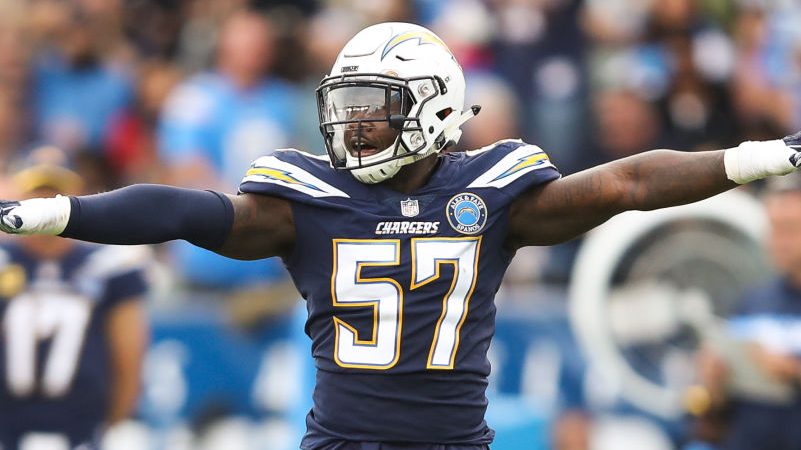 Considering the lack of speed at the position, it's amazing how well the Chiefs linebackers held up over the second half of the season. Anthony Hitchens, Damien Wilson, Reggie Ragland and Ben Niemann are all downhill plodders -- none of them run a 40-yard dash faster than 4.7 seconds -- so the team is in desperate need of speed at the position. And with Ragland, Darron Lee -- and possibly Wilson -- all facing free agency, the team also needs players to fill out the depth chart.

Brown could bring that speed and athleticism. Among linebackers in his draft class, he blazed a 4.47 40-yard dash while benching 225 pounds for 33 reps -- on top of getting the third-highest SPARQ score. In that year, the football analytics site Pro Football Focus (PFF) rated him as their fourth-best coverage linebacker. As a senior, Brown was the MAC Defensive Player of the Year, racking up 116 tackles (19.5 for loss) 11.5 sacks and four forced fumbles. In the NFL, he had an outstanding rookie season -- and was looking like an up-and-coming star.

But then, things got weird.

While lingering issues from an ankle injury in 2018 could have factored into it, I'm not sure why he fell into the doghouse -- but in 2019, he was firmly in the Chargers' kennel.

Brown has had some really good years -- followed by others not so good. Is it system, injuries or attitude? I know one thing: it's not a lack of talent. Dorian O'Daniel has the speed the second level of the Chiefs defense needs, but he can't get on the field to showcase it; he has now been little-used by two different coaching staffs.

Unlike O'Daniel, Brown has had productive years; he's shown he can play at a high level. Still, it is unlikely he'll draw much interest in free agency. He could be a real bargain for Matt House to teach and mold. 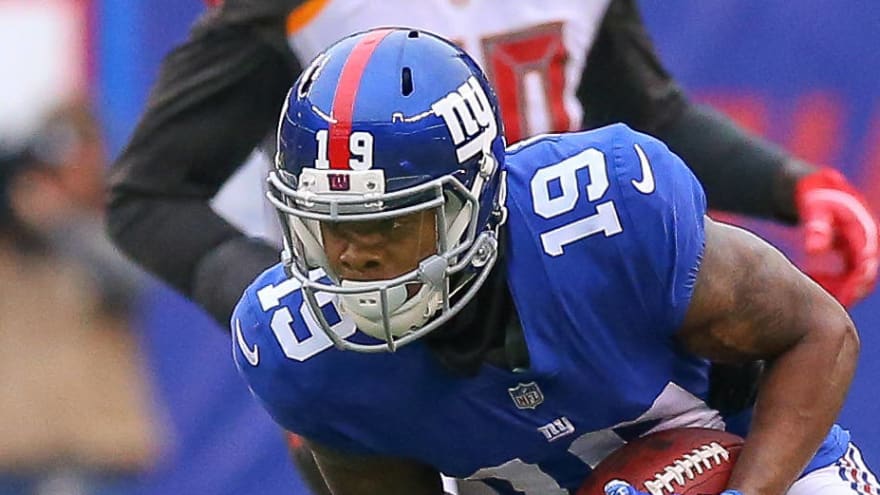 Hands down, the Chiefs boasted the NFL's speediest wide receiver corps in in 2019 -- and it was a big factor in the team's Super Bowl win. But some attrition is coming. Pendingfree agent Demarcus Robinson likely won't be retained. Sammy Watkins might be tweeting his way out of town -- and what the Chiefs ultimately do with Watkins is one of the big stories of free agency. With so few resources, how much does Veach want to invest in the position?

As he fits the profile of an Andy Reid wide receiver, Coleman could be a player that would interest Kansas City. At 5-feet-10, 4.3 wheels -- and a SPARQ score of 130 -- Coleman is the kind of speedy receiver that Reid tends to go after -- one who can take the lid off a defense. It wasn't that long ago that Coleman was the Cleveland Browns' 15th pick in the draft. With electric play making upside, he had star potential -- looking like another receiver in the mold of Brandin Cooks.

So far, Coleman is most remembered for dropping a pass that sealed a 0-16 Cleveland season. Since that play, he's been with four teams in four years

Is he a bust? Possibly. It is also possible he has just had just terrible luck.

First of all, he was selected by the Browns. Do I need to say more? As a rookie, he was flashing in camp until a hamstring injury put him out for several weeks. He returned in time for the start of the regular season, but then broke his hand and missed the next six games. The next season, it was much the same story: he was Injured in camp and then broke the same hand -- this time, missing seven games. In that span, Browns quarterbacks threw 30 touchdowns and 42 interceptions while compiling a 1-31 record.

Coleman never had a chance

He was traded to the Buffalo Bills for a late-round pick, but never clicked with the coaching staff. He then signed with the New England Patriots, who cut him in favor of Josh Gordon. Late in 2018, he caught on with the Giants, but tore his ACL during 2019's camp.

It might be that Coleman just can't play at this level. The NFL graveyard is filled with failed wideouts who had all the natural ability -- but then, for whatever reason, flamed out. Coleman might be that guy.

But he also might be a victim of bad coaching, bad quarterback play, injuries and plain old bad timing. Still young -- he won't turn 26 until July -- Coleman could rebound in a big way with Patrick Mahomes and this coaching staff. I am reminded of Jimmy Smith -- another wide receiver who had a similar career trajectory -- who went on to be a borderline Hall of Fame player.

I'm not predicting that for Coleman -- but if he is healthy and has his head on straight, the Chiefs could really have something special. And like Brown, he would be a bargain.

The Chiefs are in a tight spot against the cap -- and need to find cheap, explosive talent. Neither of these players should cost more than the league minimum. The team has done well with several other lower-tier free agents. If they want to stay Super Bowl favorites in upcoming seasons, they must continue to do so. With Mahomes about to be paid a s fortune, it is imperative to find players who can overperform their contracts. Coleman and Brown might be a good place to start .