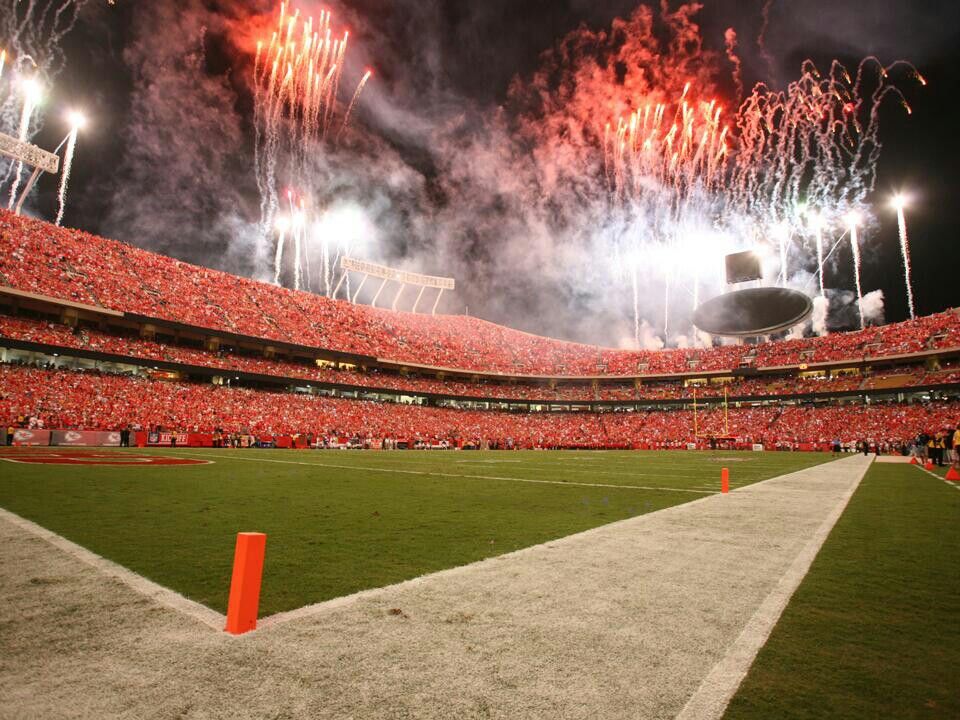 There's something of a thread out and about asking which Chiefs games are the best ones to watch now that every NFL fan has snatched up free Game Pass access for the next couple months of this nationwide "lockdown." What a joy to be Super Bowl Champions during the optimum time to binge Chiefs Kingdom!

I scoured the past ten years of Chiefs football and made my selections for the top game of each year. I've got a nice even twenty altogether (including bonus games), starting with 2009 when the Chiefs Decade started -- yes, it did start right at the very beginning, on January 3rd, 2010 -- you'll see which game that is if you don't already know. I'm also not including any games from 2019, this past entire year justifiably deserves a special binge-watching session. I'm also not including any losses -- only wins count in this catalog. (The links are to my own humble and sometimes melodramatically insane blog post takes...)

I've also got some bonus games in the mix -- I can't help but add them, it is hard to decide sometimes because really, the Kansas City Chiefs were indeed one of the dominant teams of the 2010s, their 2012 season and playoff shortcomings not withstanding. This will be splendidly fun indeed. I do believe you will find most of my selections justified, some may be up for debate -- that's what makes this so awesome. Oh, and I just had to add some very brief notes to each, if you don't want spoilers, cover them up after registering the game and date for your Game Pass excursions!

2009 Jan 3 2010, Week 17, at Denver. I think Derrick Johnson had eight pick-sixes. Not really, but it seemed like it as we smashed the Broncos in a game that felt so good closing out a miserable three-year period in which the Chiefs only won ten games total. It really felt like a portent of a much better decade, and it was.

Bonus game! Nov 22 2009, Week 11, vs Pittsburgh. I just had to add this one because it was a thrilling win over the previous year's champs and it featured a young Jamaal Charles taking a kickoff to the house.

2010 Sept 13, Week 1, vs San Diego. The opener featured a kick return touchdown by Dexter McCluster to help defeat one of the best teams never to make the playoffs. Check out Jon Bois' piece on it, it is really good. The Chiefs made the playoffs that year, not the Chargers who very much should have.

2011 Dec 18, Week 15, vs Green Bay. In another lost season we were 5-8 going up against a Packers team that was, yes, undefeated on the season at 13-0. Yet we steadily plowed ahead with Kyle Orton at QB and got it done, handing the Packers their only regular season loss of the season. I know some may question this pick and would likely select...

Bonus game! Oct 31, Week 8, vs San Diego. This game was fun on Halloween night, especially appropriate as Philip Rivers' fumbled snap late was instrumental in our win. After a wretched 0-3 start when Eric Berry, Jamaal Charles, and Tony Moeaki all suffered season-ending ACLs, we got to 4-3! Then we went 1-5 until the Green Bay game, pretty ugly.

2012 Sep 23, Week 3, at New Orleans. Believe it or not, this was a terrific game featuring a very impressive comeback, a sliver of an oasis in a desert of despair. The highlight was the longest run from scrimmage in franchise history by you-know-who.

2013 Sep 19, Week 3, at Philadelphia. Andy Reid had a homecoming barely three games into his Chiefs tenure. It was a primetime game and the win put us at 3-0, and it was the game when we all started really thinking, wow, maybe this Andy Reid thing is for real.

Bonus game! Dec 15, Week 15, at Oakland. A 56-31 thrashing that featured another record by Jamaal, an NFL one at that: four touchdown receptions in a game by a running back. They were all screens and it was a blast watching him snatch those balls then run wild through the Raiders defense.

2015 Nov 15, Week 10, at Denver. The Chiefs fine defensive effort led to the benching of Peyton Manning.

Yeah. Crazy. How many teams could ever say they had either of these kinds of games against either of these guys. The tremendous irony is that each of these years these quarterbacks won the Super Bowl for their respective teams.

Bonus game! Jan 9 2016, Wild Card Game, at Houston. I can't neglect to add our first playoff win in 22 years, a complete pasting of the Texans that started with Knile Davis' iconic opening kick return for a touchdown.

2016 Dec 4, Week 13, at Atlanta. This was an easy call -- indeed the whole year was a celebration of Eric Berry's return. When he intercepted and returned the distance that two-point conversion attempt to take us from being one-down to one-up to win the game, I don't know how much of us were thinking about the magnitude of that moment as he glided the length of the field. Watch it again and don't tell me it wasn't one of the most sublime things you'd ever see on a football field.

Bonus game! Sep 11, Week 1, vs San Diego. The big comeback -- at the beginning of the 4th quarter we had a 1% chance of winning, yet we did. You'll just have to watch it to see.

2017 Sep 7, Week 1, at New England. Kareem Hunt fumbled on his very first carry when he rarely ever fumbled in college, and then he and the rest of the Chiefs went to work.

Bonus game! Dec 31, Week 17, at Denver. Ahh, that New Year's Eve Day game when the Chiefs rested Alex Smith for the playoffs, and we all got to be introduced to Patrick Mahomes. His first start, and it was stellar.

And sorry, this being the first full Year of Mahomes, multiple bonus games include:

Sep 16, Week 2, at Pittsburgh. A win at their place, a hellhole for the Chiefs for years. Even more, Mahomes torched the Steelers, and it was this early in the season when we knew this guy was extraordinarily special.

Oct 1, Week 4, at Denver. Mahomes magic brought the Chiefs from way behind (yep, we had a 4th quarter ten-point deficit in that game too) with the help of his left-handed pass completion to Tyreek Hill to get a clutch 1st down. All in primetime to boot.

Jan 12, Divisional Playoff, vs Indianapolis. Revenge against the Colts, in the snow no less. Mahomes et al were on their game, dominating throughout. The highlight was Mahomes throwing a pass to Kelce virtually around the charging lineman, it was just amazing. Watch for it!

I can't refuse to add a quick shout-out to Alex Smith. He's hardly mentioned anymore, but damn, he really looks good in all of this. We all so justifiably swim in the Mahomes aura right now, but this'll give you a nice new appreciation for the guy who was so instrumental in not just helping make Mahomes the player he is now, but just doing so many great things for the Kingdom with his play, his smarts, his guts. Kudos to Alex Smith!

Otherwise, here's your Chiefs Kingdom Decade binge-watching schedule, I hope it works for you. Substitute at your leisure! There were indeed quite few terrific games left off the list. I'd love to know about yours!

As an extra added feature, here's how I rank each of those top games from each year (bonus games not included here though several could certainly rank!) Counting down: