I'm typically against the all-in approach NFL teams tend to use when they feel they are in title contention.

The Los Angeles Rams are a team that recently went all-in. Before last season, they traded for Marcus Peters, Aqib Talib and Brandin Cooks -- and then signed Ndamukong Suh. These moves -- along with signing Todd Gurley and Aaron Donald to big contracts -- have limited their ability to add cheap talent through the draft and have hampered the opportunity to maneuver their salary cap without serious negative consequences.

Still... they had a great season last year, making a run to the Super Bowl. If they had won it all, I wouldn't have any qualms saying going all-in was worth it for them.

But they didn't win it all. And because of the aggressive moves they made last year, their outlook for future seasons looks considerably worse. Going forward, they still look to be a strong team -- but one that will likely get incrementally worse because of the choices they made in 2018.

I prefer a different approach: building a consistent winner that gets to the playoffs every year.

Sure... that sounds boring. But I think that over the long term, your odds are probably a little bit better taking the conservative approach and spreading out your chances to nag that championship title. In my opinion, holding onto valuable commodities like draft picks -- and being smart about contracts that impact the precious salary cap space -- is a more sound approach.

Yes... the New England Patriots are the Evil Empire. But when was the last time the Patriots made a move that made you say, "Oh, they're definitely going all-in"? They consistently make decisions that allow for short-term success -- without sacrificing their ability to have a strong roster over the long-term.

That brings us to the 2019 Kansas City Chiefs. 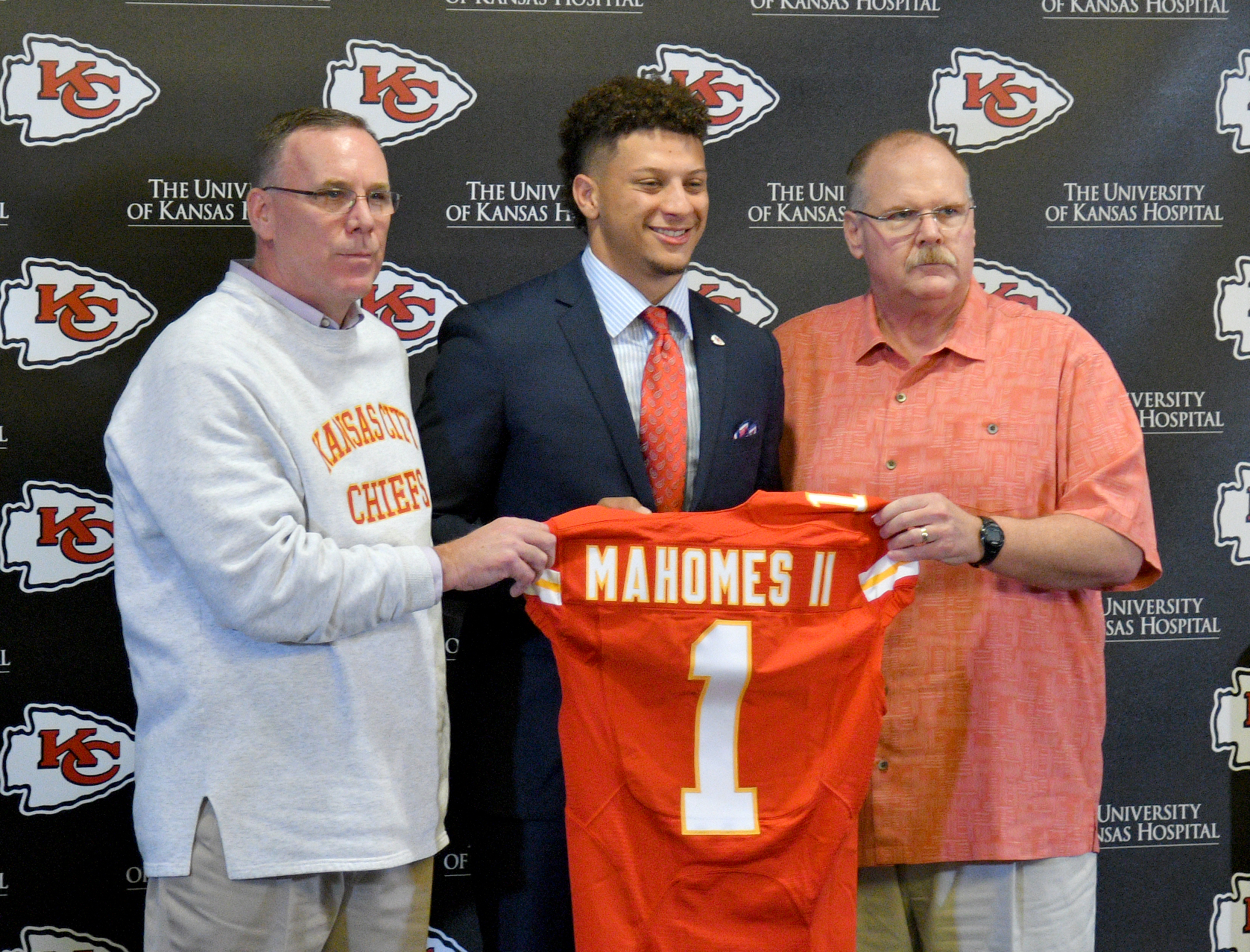 It's a pretty good time to be a Chiefs fan -- perhaps the best time in franchise history.

The fact that Patrick Mahomes is firmly entrenched as our quarterback for the foreseeable future should calm the nerves of any diehard fan. He's only 23, and after the video game stats he put up last year, it seems silly to think he will improve -- but I think it's completely plausible to think he will. Sure... his numbers at the end of the coming season may not be as jaw-dropping, but hopefully, that's because the Chiefs will have a semi-competent defense and won't have to score 35 points a game.

Mahomes seems to hold a rare combination: exceptional natural ability, along with a willingness to be a student of the game. He also possesses enough intelligence to understand the needs to constantly improve to achieve sustained success.

Part of me wants to feel content with the fact that the Chiefs hold the brightest star at the most important position in the game -- and we will likely have him for the next 10-15 years. Surely, there will be a Super Bowl victory or two in there... right?

But then when I think about it some more, I realize how quickly things change in the NFL; I feel a sense of urgency to succeed while Mahomes is still on his rookie contract.

The coming season will undoubtedly be Mahomes' smallest number on the Chiefs' salary cap during his career; his contract represents roughly a $30 million discount from his market value. As they say, a franchise quarterback on a rookie deal is the most valuable thing in football. Mahomes' 2019 contract might represent the greatest such value in NFL history.

After this season, the Chiefs can begin negotiating Mahomes' next contract. By all accounts, it'll be the most expensive contract ever, with a value in the range of $35-40 million per year. Obviously, this will lessen the Chiefs' ability to add impactful pieces around him. After Mahomes gets paid, the Chiefs likely won't have the ability to sign players like Sammy Watkins or dole out similarly aggressive, top-of-the-market deals like the ones the team made for Tyrann Mathieu and Frank Clark.

I feel like the 2019 Chiefs are somewhat similar to the 2018 Rams -- not that the Chiefs have gone all-in for 2019, but rather in the way that the current roster might represent the most talented one the Chiefs will have for a while; there is a solid chance that beginning in 2020, it simply cannot load up with as much high-end talent.

Sure... the Chiefs currently have a little salary cap flexibility, but that cap space will likely get eaten up pretty quickly with deals for Chris Jones and potentially Tyreek Hill. To maintain a similarly talented roster in 2020, the Chiefs may have to put off Mahomes' extension for for another season -- or perhaps structure his new contract to lessen his cap hit in 2020 -- which probably isn't in the team's best interest over the long term.

What can be done?

From the perspective of the Chiefs front office... not much. They deserve credit for putting the team in the position where they are today: within striking distance of a Super Bowl championship.

But there might be a couple of things they could do. 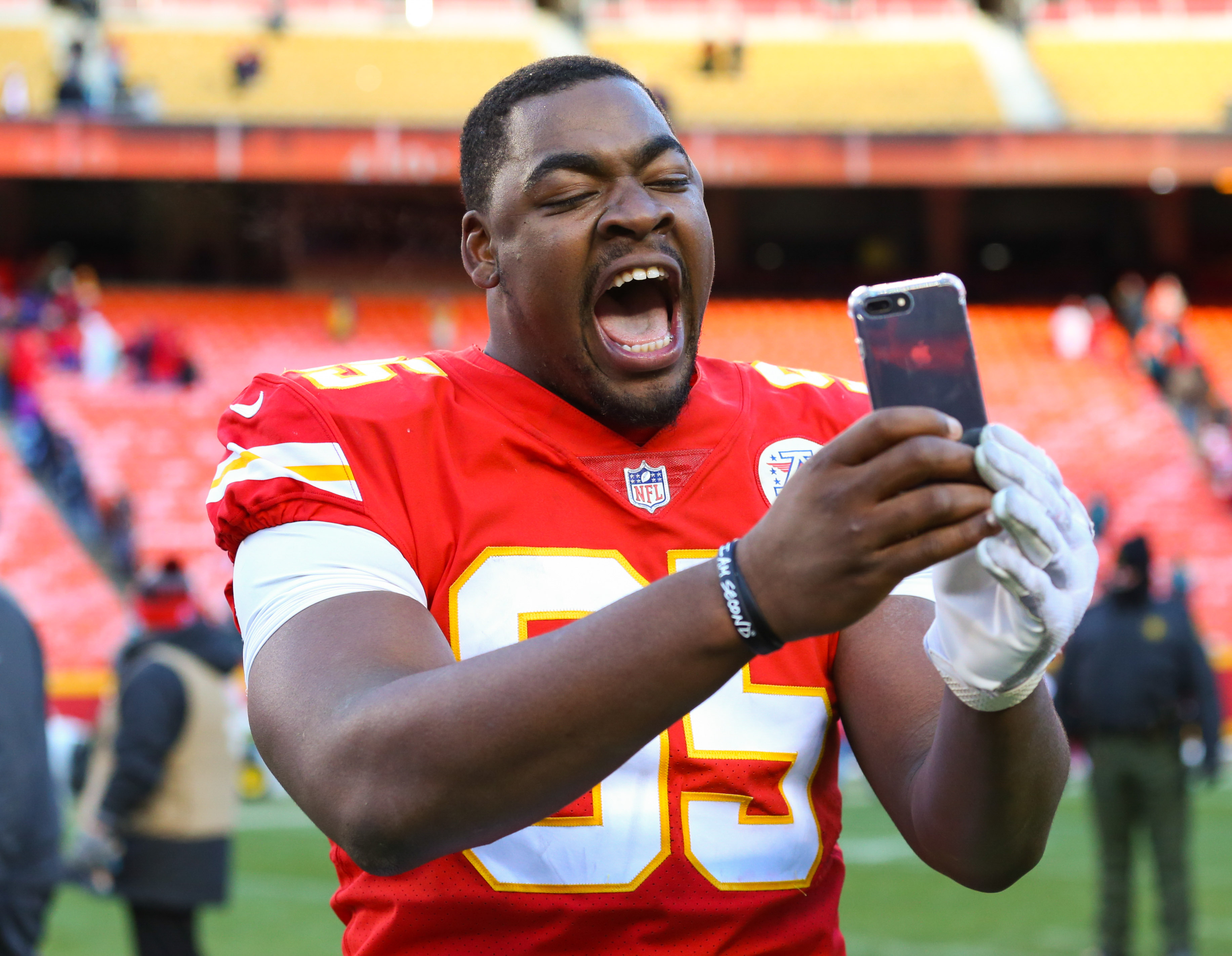 This is a tough judgment call, but giving in to Chris Jones' contract demands -- however so slightly -- might be in the best interest of the team. With all of the changes on defense, it makes sense to get such a key player back with the team as quickly as possible, so he can gel with the other new players and to bring an elevated sense of collective goodwill to the locker room.

They probably don't have much say in this at all, but the Chiefs pushing the NFL to make a decision about Tyreek Hill as quickly as possible is in the team's best interest. Clarifying the status of their most lethal weapon will allow them to come up with an offensive plan -- something that is difficult right now.

Nor does the team want to get into a situation where a decision is made after the season begins. What if the league suspends Hill for eight to 10 games beginning in Week 6? This would obviously affect his availability for the end of the season. If there's a suspension looming, the team would much prefer to get it out of the way early in the season.

What should fans do?

Well... first, I intend to enjoy the ride with Mahomes. Certainly, the Chiefs will have a considerable amount of success thanks to his presence over the next 10-15 years. How much success remains to be seen.

At the same time, I'll be elevating my expectations for 2019 -- because this could be one of our best chances to capture that ever-elusive championship.