I grew up in Northern Virginia, about an hour outside of Washington DC. There was never much of a draw for me to be a fan of the 'home' team, since there seemed to be just as many Cowboys fans as there were Redskins fans in my hometown. When my dad was a kid growing up in the same general area, he became a Packers fan. My older brother also decided to be a Packers fan, but I felt no interest in following their Packers fandom.

When I was about 6-7 years old (in the early '90s), we owned a Sega Genesis, and one of my favorite games to play was Tecmo Super Bowl. Since I did not have a favorite team to play as, I bounced around and would play as various teams at random.

At some point, I developed a preference to play as the Chiefs. I didn't know what it was that made them stand out to me, but over time, I found that I stopped playing as anyone else and always played as the Chiefs. Some of the primary players that I remember from the game were Barry Word and Christian Okoye as the backs, J.J. Birden at WR, and ironically, I remember that the QB did not have a name and the player was simply QB#whatever. That game was most fun when playing with the good running backs, and nothing was as much fun as watching Okoye destroy defenders.

It was some time before I really started watching the Chiefs play instead of just playing as the Chiefs. However, I will never forget my first and only Chiefs game that I got to attend in person. In my family, in order to observe the sabbath, we believed that it was not appropriate for us to attend football games on Sundays. This made attending games very difficult since they not only had to be nearby, but also not on Sunday.

This finally happened for me when the Chiefs played the Ravens at what was then PSI Net stadium in Baltimore on Thursday October 21, 1999. My dad, who really had no vested interest in the game other than my fandom, drove me the 2-2.5 hours up to Baltimore, let me wear my Chiefs starter jacket, and walk up to our nosebleed level seats where I got to watch the Chiefs stomp the Ravens 35-8. I don't remember many specifics of the game myself (other than the fact that we won in a blowout), but apparently Tony G had two TD receptions, and the defense had two interceptions returned for TDs. I also remember walking out of that stadium with my head held high, never prouder of what I now felt was officially my team. 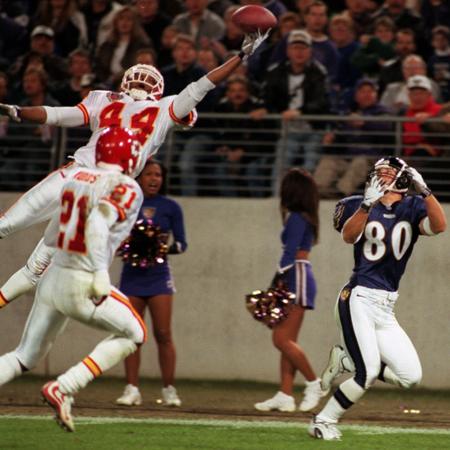 Ever since that game, I have always dreamed of attending a game at Arrowhead. If football were my religion, then making the trip to see a live game at Arrowhead would be my pilgrimage. Although I have never lived close to Kansas City, I have made a road trip through and made it a point to stop and get a tour of Arrowhead stadium. 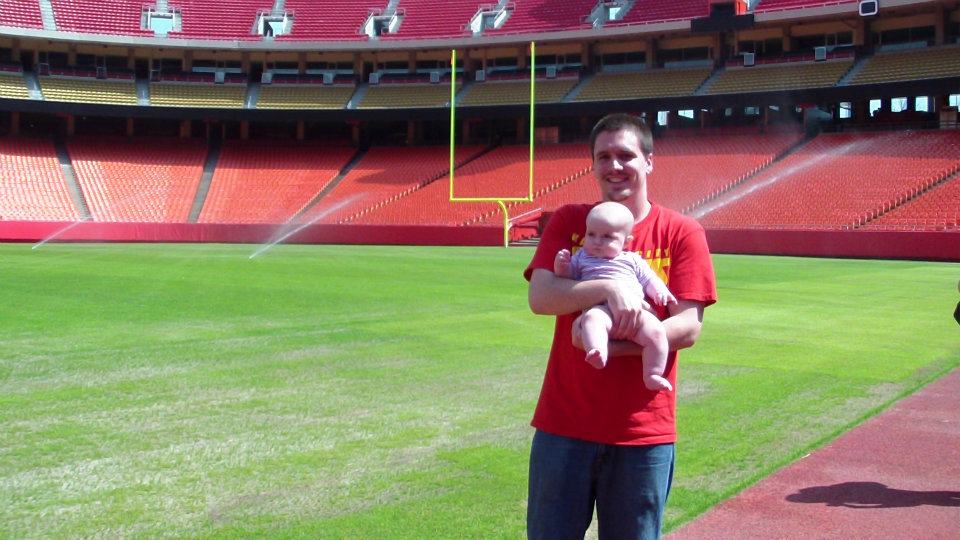 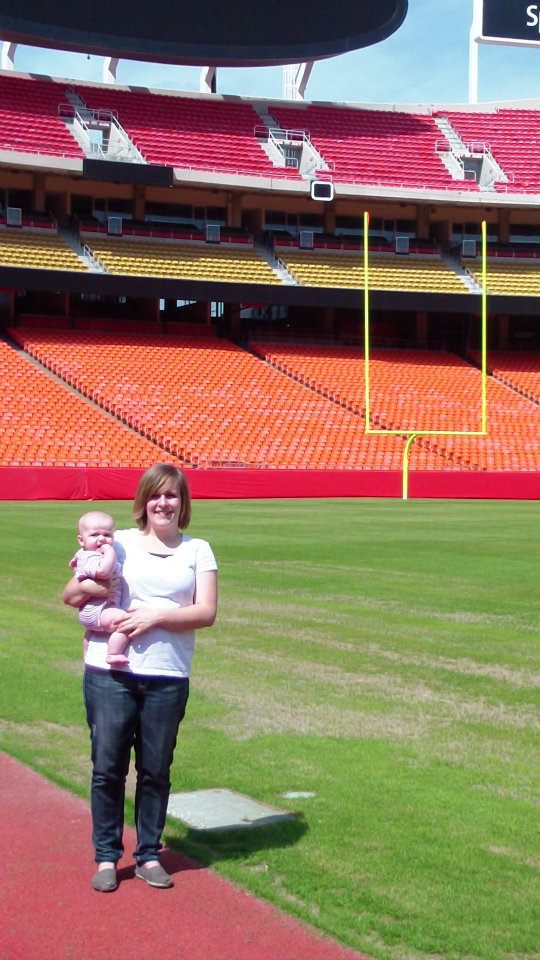 They even let my daughter sit on the grass! 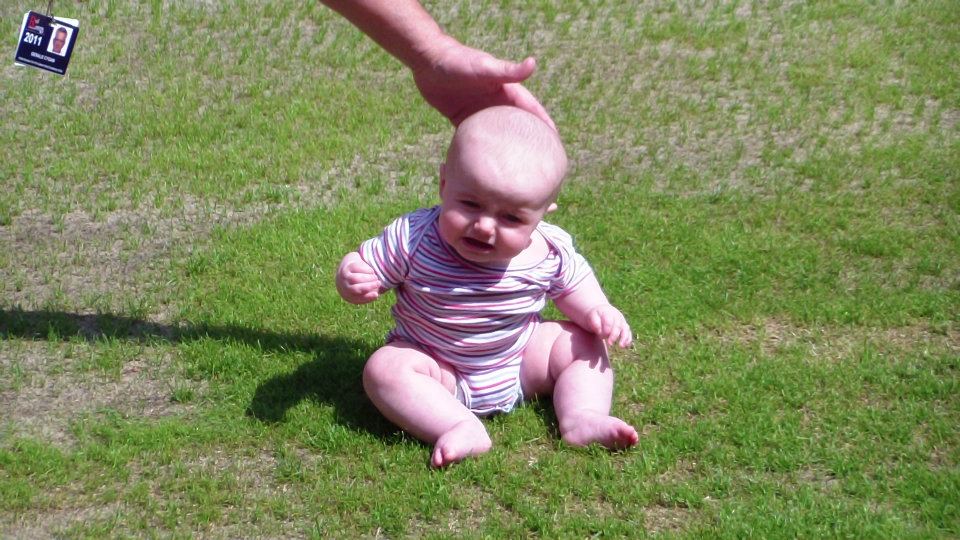 She was scared because the tour guide had us all yell 'Chiefs!' in order to get a sense for the acoustics, but I will forever be envious of her. Perhaps one day we will get the chance to visit Arrowhead for a game...heck, maybe even this year with six prime time games! I will have a few weeks off work this fall for parental leave (we will be welcoming our fourth child miniature Chiefs fan into the family any day now), so maybe if we can come across some cheap tickets and a cheap place to stay, we could fly out from Arizona and attend the Redskins game (my old hometown team) or the Broncos game (my wife grew up in Colorado and her whole family are Broncos fans...yuck). If it any added incentive for anyone to help us out, the Chiefs have officially won every game where I have been in attendance. Either way, we will continue to develop our little branch of Chiefs kingdom here in Phoenix, AZ or wherever we end up.