Thanks to Levi over at SB Nation’s Raiders blog, Silver and Black Pride, for answering our Raiders-Chiefs questions. Check out our Q&A below.

This is the biggest Chiefs-Raiders game since ... ? What's the feeling like among Raiders fans?

SBP: Maybe, ever? I went back and the last time the Raiders faced the Chiefs with both teams having records even close to this was 1995 when the 8-4 Raiders faced the 10-2 Chiefs. Obviously that's over 20 years ago. But not even that meeting compares because the Raiders had started that season 8-2 before losing their final six games, including the Chiefs game, and finishing 8-8 to miss the playoffs. The Chiefs finished 13-3. Obviously this season, neither team is tanking, with the Raiders on a six-game winning streak (last loss was against the Chiefs in week 6), and the Chiefs have won 7 of their last 8 (dating back to the win over the Raiders). 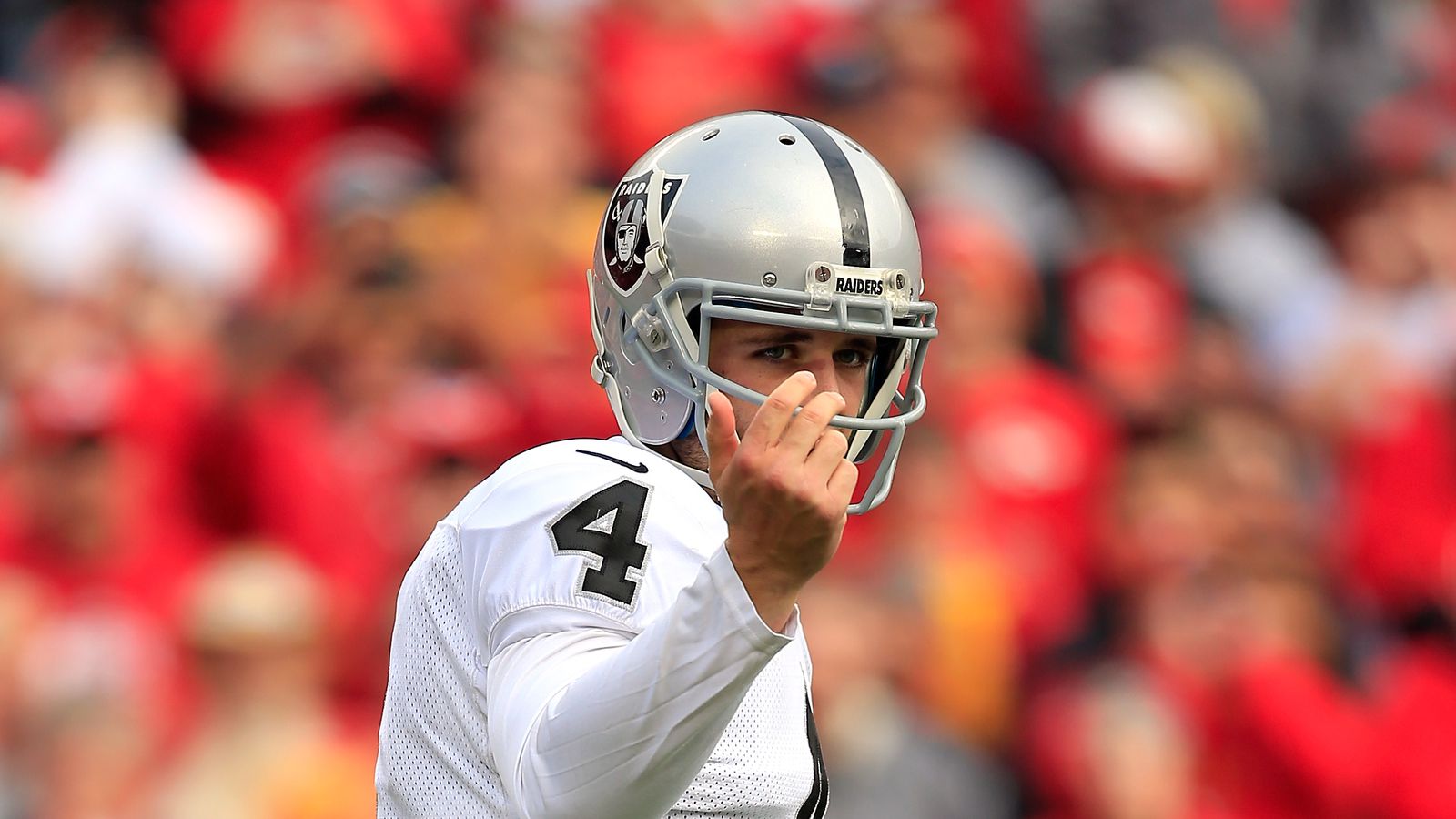 Derek Carr hears what you say to him, Chiefs fans

You always see fans screaming at the players on the bench in a football game. I always wondered, do the players actually hear what they say? As it turns out, yes they do. NBC released a portion of...

The Chiefs want to run the ball like they did last time. What have the Raiders done to prove they can stop it?

SBP: Nothing, really. They gave up 212 yards last week to the Bills. Granted the Bills are the number one rushing team in the league, but the Raiders run defense has been pretty poor all season. They added Perry Riley Jr in week five and he has helped overall. He played last Sunday coming off a hamstring injury and was worked against the run. I will say this though, After the first two drives of the third quarter last week, the Raiders shut the Bills down. They had a total of 15 rushing yards in the fourth quarter. Whatever they did to fix the issue, if they can do it again in Kansas City, that would certainly make a difference.

For those who have slowed down the Raiders passing attack, what did they do? How do you stop them?

SBP: You should know. The Chiefs were one of only a couple teams to slow down the Raiders passing game. The other was the Titans. I think it comes down to controlling the clock. If the other team can run the ball well, as the Chiefs did and the Titans did. The Raiders were still able to beat the Titans, but it was their second lowest scoring game of the season. As far as the Raiders passing game goes, they are multifaceted. This season when teams have attempted to take away one receiver, Carr just finds another. Both Crabtree and Cooper have had games where they didn't have a lot of catches, but usually that means the other has good numbers. There was even the game against the Texans when they used the running backs as receivers to win. Having an offensive line that allows Carr time to find his second and third options helps with that tremendously.

The temperature is supposed to be in the teens. How often do the Raiders play in cold weather? Any concerns there?

SBP: I would say there is. Derek Carr is still wearing tape on his pinky finger that he dislocated against the Panthers two weeks ago. I would imagine cold weather would make it that much more painful. Also he has not been taking snaps under center since the injury. All his snaps are in shotgun or pistol. I expect he'll be wearing gloves. Combine all those things and who knows what could happen. This will be the first cold weather game the Raiders have played this season, unless you count the fact that it was a bit chilly in Oakland last week. The last cold weather game they had was in Kansas City to end last season and that didn't go too well.

What's your prediction for the game?

SBP: I don't have one. How's that? At least not from a W/L perspective. This game could go either way for any number of reasons. Despite the dominant performance the Chiefs had against the Raiders in week six, these two teams are so closely matched, it crazy. It's one of the reasons we are all so eagerly anticipating it. My prediction is it will be the most watched TNF game of the season, perhaps the most watched period. And it will be hard-fought, right to the bitter end, living up to all the expectations we had going in. I guess in that respect, it's a good thing it's on a short week, because no one can wait to see it.