I was born and raised in the Kansas City area and have been to all three major sports stadiums. And having a long career in the military has taken me to multiple cities throughout the country; allowing my inner sports fan to experience several stadiums and arenas.

I’ve attended many games at NFL, NBA, MLB, and MLS stadiums, or have seen venues in person, such as: Oakland-Alameda County Stadium, Chargers Qaulcomm, Dolphins Sun Life, Redbull Stadium, AT&T Park, Yankee Stadium (new), RFK, Citi Field, Madison Square Garden and others. Watching the All-Star Game at Cincinnati’s Great American Ball Park this past week made me compare it to Kauffman stadium; and then I begin to wonder what city has the best professional sports venues across the board… and more specifically if Kansas City could actually be crowned America’s Best Sports Venues.

Now, I haven’t been to every stadium for every major sport in every major city. However, I have had a pretty good sampling and am familiar with most venues throughout the country. Plus, I believe the AP crowd will be able to add to this debate. So… is Kansas City the king of athletic venues? 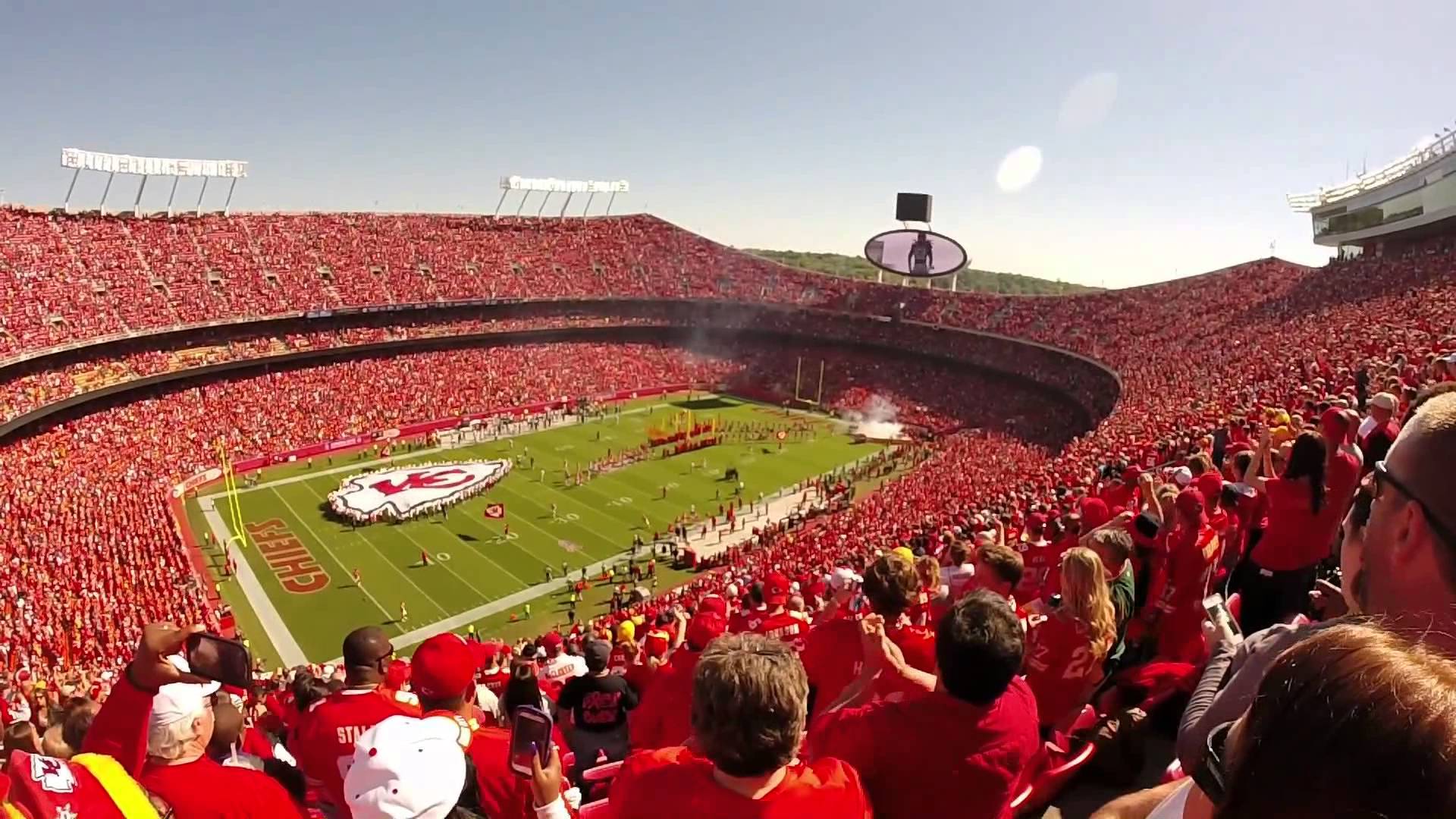 Starting with our beloved Chiefs, Arrowhead is the pinnacle of the Kansas City sports experience. I’ve been to plenty of football games in that stadium; going deaf in the lower sections and having the best view from the last row of the nose bleed seats. Having access to great BBQ and local beer is a plus. And the massive parking lot for the best tailgating in the country can’t be beat. With near 80,000 fans dressed like it’s college game day and legitimately being the loudest stadium in the world, there’s too much to offer. The Raiders stadium has horrible views due to being a dual-sport venue and you might get shanked when you take your family to a game. The Dolphins have zero character at their home field and the Chargers seating can create blind spots to the field. The Sea of Red is simply over-whelming! 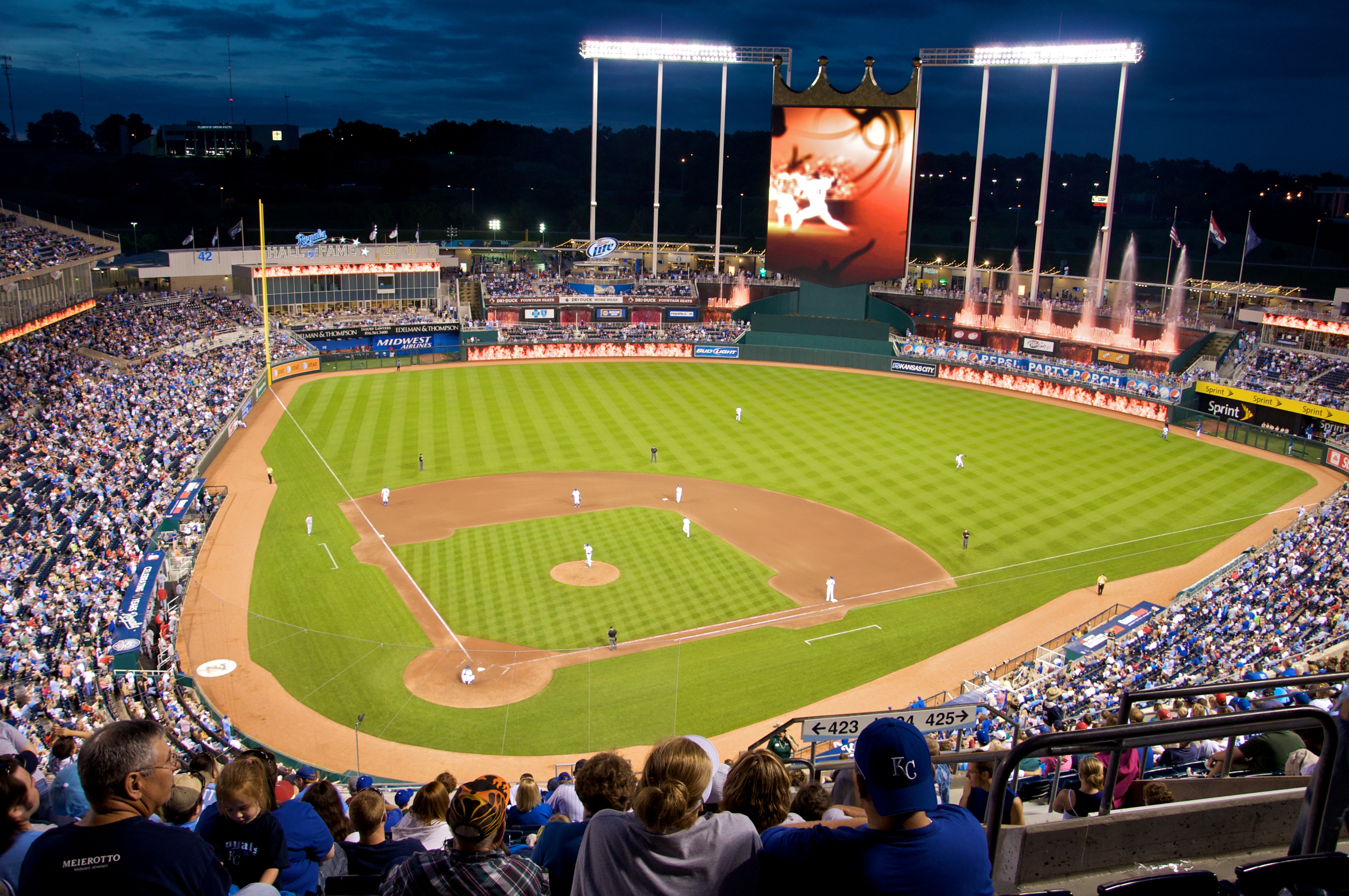 Our Boys in Blue play at the most beautiful stadium in Major League Baseball. The San Francisco Giants have a great build, with a view into the Bay, and great food; one of my favorites. Sure, Fenway has the Green Monster; but many lower level seats are blocked by pillars. The Padres ballpark is very nice with the open outfield to downtown San Diego; but it costs an arm and leg to get in, let alone taking a loan out for food. And New York simply has it all wrong. They dropped the old look of Yankees stadium inside the shell of a Costco warehouse and the Mets play inside a giant advertisement. Kauffman Stadium adds the sleek 70’s spaceship architecture, a giant crown scoreboard that can be seen from the highway, a row of water fountains that is the envy of all other 29 teams, and I can sit behind home plate for the same cost of seating in the outfield bleachers at Wrigley.

Kansas City is taking the lead for America’s new soccer spirit. Sporting Park is the best American soccer stadium I’ve been to… hands down. Firstly, it was modeled off the great classic European stadiums, yet brought into the 21st century. Secondly, it’s packed- all the time! It has sold out 62 straight matches; filling up the house with 19,000+ for every match. There’s not a bad seat in the house. There’s the Boulevard Members Club inside the stadium, so you can drink great beer and cheer the team. And the sound system for pre-game is ridiculous. Plus, the venue is surrounded by plenty of shopping and food options. DC United plays in a decrepit Washington DC football stadium. And the New York Redbulls require a train to get anywhere near the action… in New Jersey. 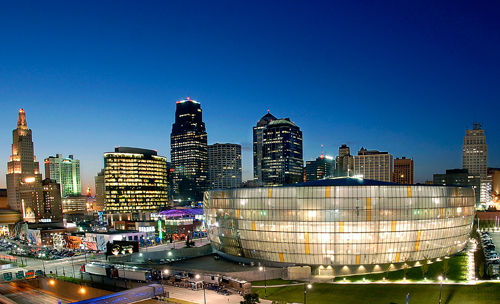 All three of our major sports venues deliver modern facilities, great parking, ease of access to highways, and relatively low ticket prices for quality entertainment. The Truman Sports Complex is a one-of-a-kind experience for a sports fan (would love to eventually see that giant dome resting between the two stadiums). And while we haven’t yet acquired an NBA or NHL team, the Sprint Center is a great arena; located in the heart of our town and surrounded by a rejuvenated atmosphere. I’ve been to Madison Square Garden… the most disappointed I’ve ever been going to a game. The inside looks like it was built by the lowest bidder. All in all, I can’t really see any other city having the better collection of sports facilities for their professional teams that can measure to what Kansas City is doing.

Please add to the conversation with the below poll and in the comments section. I haven’t seen all 142 venues in person; yet I’m sure we have plenty of Chiefs fans, and others, that have the experiences to objectively analyze what the rest of America’s NFL, MLB, NBA, NHL, and MLS have to offer in comparison to the City of Fountains. Thanks!

Does Kansas City lead the nation by collectively having the best sports stadiums?