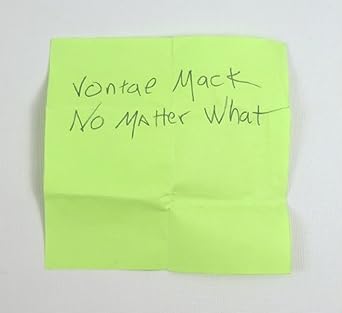 Thursday evening, the NFL Draft will begin in Chicago. Unlike most of you, I won't be watching - at least not in the way I would like. I have a gig on the books for Thursday evening, and an out of state gig that will take up the whole day Saturday - and has to be set up Friday evening! So in this case, it really sucks to be me.

Besides... in the past few months, we've discussed these topics until we're all blue in the face (OK... maybe our keyboards. Is that a thing?) and there's not much more that can be said. So I'd like to discuss the unknowns - the imponderable factors that will be a part of every GM's decisions over the next few days.

If you've seen the film, you already know from the title that I am going to bring up Draft Day, the 2014 film that follows Sonny Weaver - a fictional Cleveland Browns GM played by Kevin Costner - on the first day of the draft. Weaver must deal with pressure from his owner and HC - each of whom has his own view of what Cleveland should do in the first round - and the story shows how Weaver manages the situation through a dizzying series of last minute (and barely plausible) trades.

There are a great many football fans who think 'Draft Day' is a completely stupid, entirely unrealistic portrayal of what actually occurs. I don't disagree.

I know there are a great many football fans who think this movie is a completely stupid, entirely unrealistic portrayal of what actually occurs. I don't disagree. Today I read a review that lists 34 different things the film got wrong. Many of those were excellent points, but I think they missed the biggest one: in real life, most guys wouldn't (or couldn't) keep it a secret that they were sleeping with Jennifer Garner!

But this is hardly news, is it? With rare exceptions, Hollywood doesn't get the details right. Most of us could poke holes in the reality of any film that was about a business or profession we know intimately. Hollywood tends to take a lot of dramatic license in order to show a human truth - a human truth we can all recognize.

And that human truth is exactly what I want to talk about.

On Monday afternoon, I watched the Pro Football Focus Draft Special with Chris Collinsworth on NBCSN. (Apparently, if you are a star color analyst, you have the juice to get your employer to put together a special based on information from a nerdy stats website in which you have invested. Who knew?) As you may know, PFF - thanks to Collinsworth's substantial investment - has just launched a service that provides the same statistics and grades for college football players that they do for pro players.

Naturally this special was all about the grades PFF has compiled for the players entering the 2015 NFL draft - and included a new twist: each player gets an overall grade (from 0 to 99) that PFF says can be used across positions. In other words, this number could - at any given point - be used to judge the legendary Best Available Player in the draft!

But what I found interesting was that despite the presence of this overall grade, when it came time for the hosts (Collinsworth, PFF founder Neil Hornsby and senior PFF analysts Steve Palazzolo and Ben Munson) to discuss the players in each position group, each host had a different opinion of which player really was the best in the group!

Let me say that again: these nerdy hosts with their heads full of numbers - every one of whom has a vested interest in presenting this information as the final, complete truth on these college players - couldn't even agree among themselves about who the best player in a position group really was!

And not one of these guys ever said a word about character concerns or off the field issues. In fact, they were at pains to say (in the case of Hornsby and Munson, in thick British accents) that they were only talking about on-field performance.

And yet... we know that character concerns and off the field issues WILL play a role in the decisions GMs will make this weekend.

In the Internet age, we fans have access to much of the same information available to NFL GMs. We can review game film endlessly, and parse stats until our fingers bleed. After expending all of this effort, we feel like we have a good understanding of what college players will be the most valuable, and will be best fits for our favorite teams.

What we do not know - and what we will never know - is what occurs when NFL GMs (and coaches) close the door behind them and talk with a prospect, judging for themselves the measure of each young man.

But what we do not know - and what we will never know - is what occurs when NFL GMs (and coaches) close the door behind them and talk with a prospect, judging for themselves the measure of each young man. Is he smart enough to learn the playbook? Can he be coached? Could he become a locker room cancer? Does he have the special, undefinable quality of a leader... and a winner?

Draft Day addresses these kinds of questions. We see that Sonny Weaver believes strongly in the character of Vontae Mack - the linebacker he wants to pick. We see him turn cold at the prospect of drafting consensus #1 QB Bo Callahan when Weaver learns that not a single college teammate attended Callahan's 21st birthday party. We see him realize that his current QB Brian Drew has a passion for succeeding in Cleveland - even as he is chewing Drew out for throwing a fit when Drew learns the team might draft Callahan.

The film shows us other factors GMs might have to consider, like pressure from the owner (portrayed by the satisfyingly creepy Frank Langella) to "make a splash" in the draft - or be fired - and pressure from his new Super Bowl-winning head coach to take the team in the direction he wants.

But what Draft Day also shows is the importance of the personal relationships GMs have with each other - something I had never fully considered. We see GMs reach out to each other, seeking information to inform their own decisions. We see Weaver be bullied by the Seahawks GM into giving up more than he wants to move into the first overall pick, and later take his revenge on that same GM. We see him press his advantage over a less-inexperienced Jaguars GM to manipulate the situation so he can exact his pound of flesh from the Seattle executive.

So while we fans discuss draft day trades solely in terms of the numbers - that is, does Team A get enough in exchange for what they gave up to Team B? - we see that the reality could be quite a bit more complicated than that.

Every year, the draft surprises us in multiple ways - and it's because it's more than just a numbers game.

I know that many might resist the idea that the draft is more than just a numbers game. Yet every year, we see a player that is considered a top prospect be drafted much later than anticipated. Every year, the draft surprises us in multiple ways - and it's because it's more than just a numbers game. Yes... numbers do count. Evaluations count. But personal relationships count, too. And so do gut feelings.

How do I know this? Because I'm a numbers guy, too. Anyone familiar with my recent articles knows that I can crunch numbers with the best of them. I do the same thing in my own life. When I have an important decision in front of me, you'll find me hunched at my desk, crunching the appropriate numbers to best inform that decision. And yet, when the final moment arrives, the decision is still often made based largely on an instinct that I had long before I put pencil to paper, or on an evaluation of personal relationships that just cannot be quantified.

So if John Dorsey goes in an unexpected direction over the weekend - something that history suggests could be very likely - remember this: he has his own vision for the Chiefs, and has access to information we'll never have. His decisions will be based not only on what we can see for ourselves, but on other factors, too - factors about which we can only guess. And in the final analysis, he will live or die as the Chiefs GM based on the quality of those decisions.

Even if they are based on a Post-It in his pocket that reads something like, "Vontae Mack: No Matter What"