STRENGTHS: Tall, slender frame with good muscle definition and functional strength in contested situations. Outstanding leaping ability and reflexes to make adjustments to easily secure balls away from his body and is at his best highpointing and plucking with his large, reliable hands.

Very good foot quickness to beat press and get vertical in a hurry with his downfield acceleration. Displays above average coordination and footwork in his breaks to create separation at the top of his routes and catch the ball without breaking stride to create after the reception.

Quick feet and good vision to plan after the catch, displaying his ability to create and be more than a chain-mover. Uses his size to overpower defenders on occasion, breaking tackles to gain yardage after the catch.

WEAKNESSES: While an excellent athlete, White isn't a burner and doesn't have the elite suddenness in space to consistently make defenders miss or dance his way out of trouble. He will have the occasional focus drop and while a very willing blocker, White has room to improve his technique to better sustain and avoid holding calls. -CBS Sports 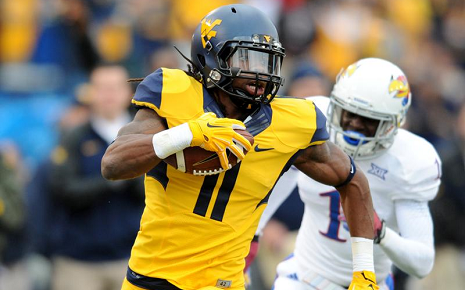 Arguably the top wideout in the conference, Lockett doesn't look like much, but he runs like the wind with sudden footwork in his breaks to create separation before, during and after the catch.

He is a smaller target with a limited overall catching radius and smaller hands that will lead to double catches and him fighting the ball at times. However, Lockett is very dangerous in space, using his quick, decisive feet to sell routes and speed to stretch the field and take the top off a defense.

He runs a lot of vertical and deep routes on tape, including a deadly stop-and-go move - just ask former TCU corner Jason Verrett, a first round pick last month.

He doesn't have ideal size for the NFL level, but will compete to be a top-five senior wide receiver in the 2015 class.- CBS Sports 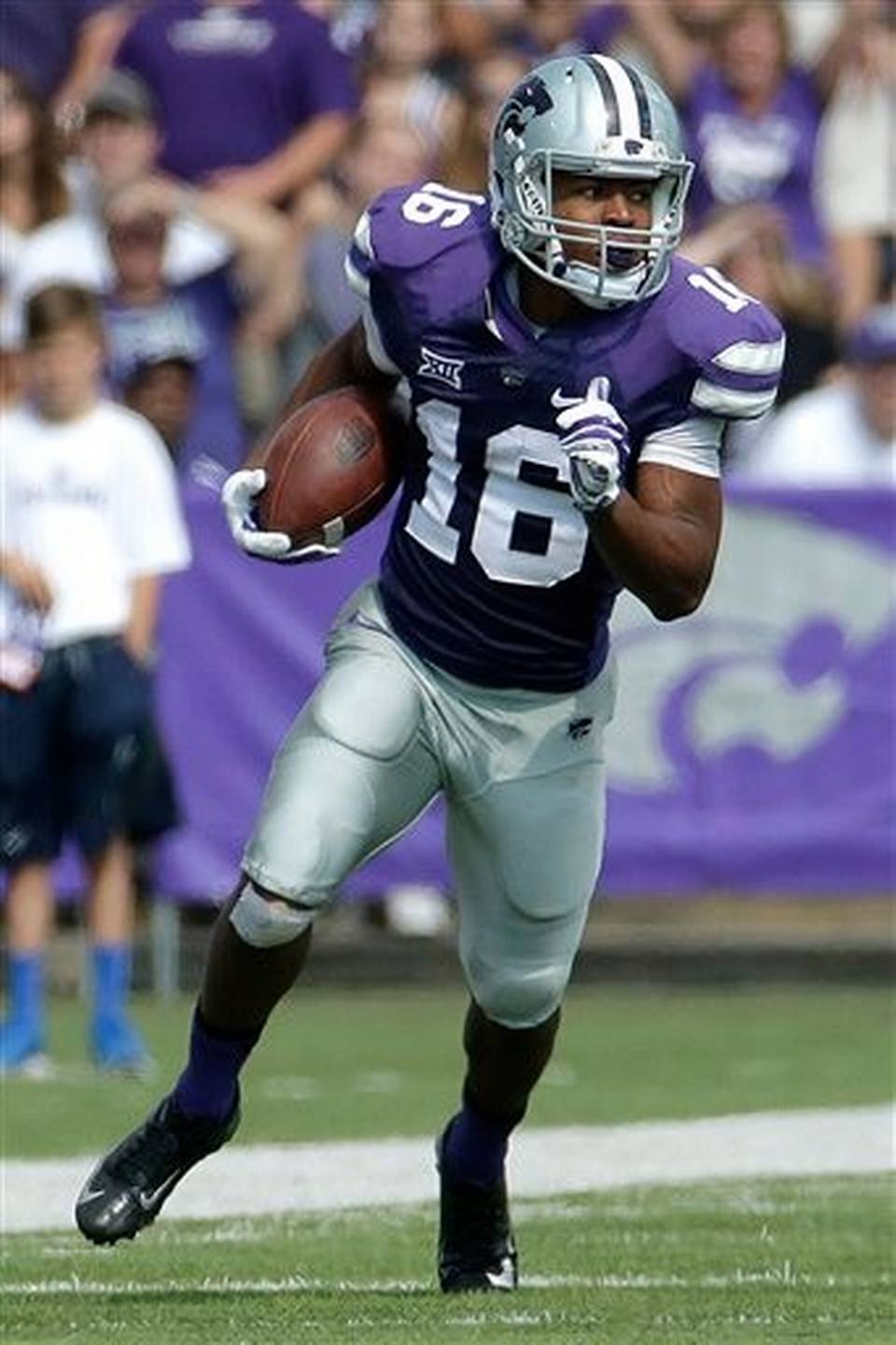 STRENGTHS: Has broad shoulders, long arms and quick, strong hands to latch onto opponents. He's strong enough to catch and control defenders and does a nice job of turning them away from the action. He plays with good knee bend and on the balls of his feet, helping him to anchor and mirror effectively. Fisher is a very effective double-team blocker, releasing from one target to hit another. He is a selfless, passionate and versatile player whose blue-collar style was appreciated by the coaching staff.

WEAKNESSES: More of a technician than an elite athlete and will struggle to handle the speed rushers of the NFL. He does not possess top-notch initial quickness and fluidity in his kick-slide. Struggles to balance and recover if beaten off the ball. Shows the knee-bend to anchor, but can get himself in trouble when his feet stop moving and as he tires and loses the leverage battle. - CBS Sports 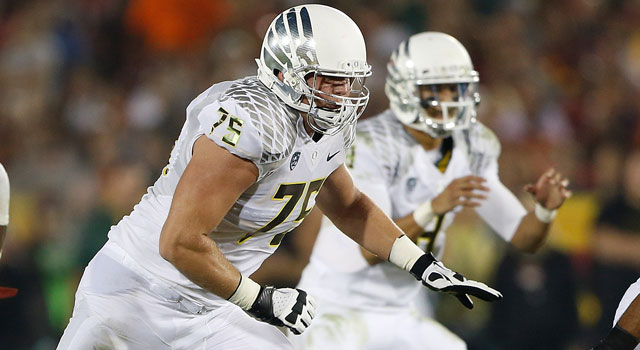 STRENGTHS: Douglas looks the part of an NFL offensive lineman with broad shoulders, a trim middle and good balance. He is quick off the snap and plays with good leverage in pass protection to absorb bull rushers, showing good flexibility and core strength. He slides well laterally and looks to help his teammates when not covered up, often shoving unsuspecting defensive linemen to the ground.

Douglas is a bit more inconsistent in the running game. He plays a bit high while drive blocking, dropping his head and leaving himself vulnerable to over-arm swim moves. He's frequently asked to pull -- showing above average agility and balance when doing so -- but is indecisive and too often resorts to sealing off defenders from the action rather than driving his opponent out of the way and creating a hole.

WEAKNESSES: Scouts will want to investigate Douglas' past. He was arrested midway through the 2010 season for second-degree burglary charges for stealing from a teammate and was suspended by then-head coach Dennis Erickson. The charges were later reduced and Douglas has had no known issues in the three years since.-CBS Sports 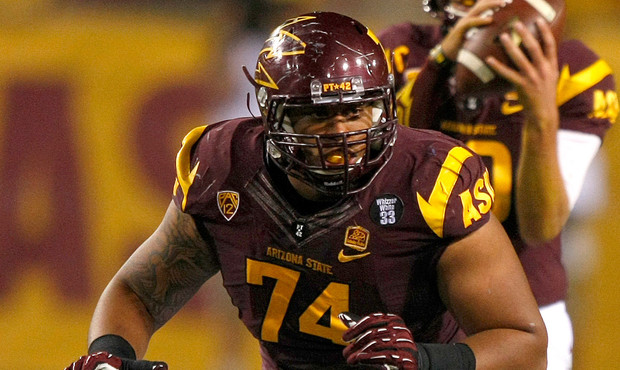 He is the leader of the defense and makes the move to middle linebacker in 2014 where he can use his diagnose skills to break down the action and attack in the blink of an eye. A healthy version of Hull is arguably the top linebacker in the Big Ten and a draftable player next spring.-CBS Sports 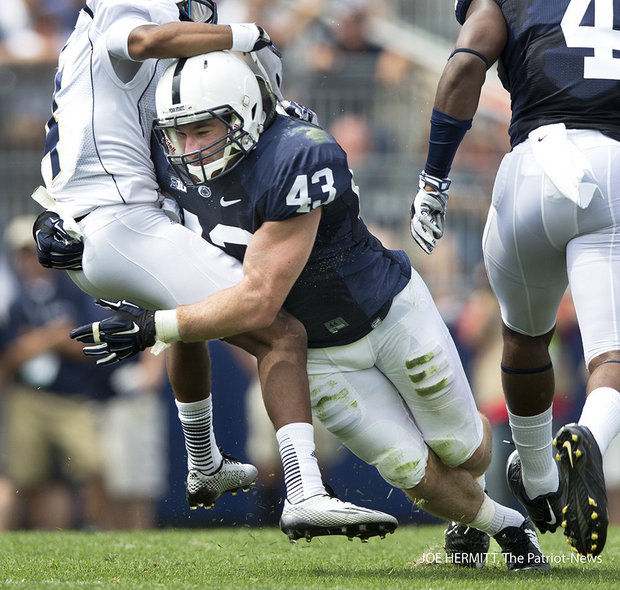 STRENGTHS: NFL scouts can check quite a few boxes when watching the Penn State tackle. Smith has the size, foot quickness and the high competitive nature that translates well to the next level. Smith slides smoothly to his left, maintaining the arc with good knee bend in pass protection. He flashes violent hands to control defenders and generally keeps his feet shuffling laterally to mirror. He's quick to the second level and understands blocking angles, using his massive frame to legally get in the way of pursuing defenders without grasping on and drawing the flag. Smith is cognizant against the blitz, peeling off of his initial assignment, if needed, to get a quick shove on surprise rushers. Big and athletic enough to move to any of the other exterior positions, giving his future OL coach a lot of flexibility if Smith isn't able to handle NFL speed off the edge.

WEAKNESSES: Needs to improve in several areas before NFL ready, most notably with his arm and hand technique to better shield himself to combat rushers' initial pass rush moves. Smith has a bad habit of playing too high and needs to improve his knee bend, but the culprit there appears to be lack of consistent technique, not lack of flexibility. Does a nice job of protecting the corner but will get caught leaning outside and leave too much space inside. Flashes explosiveness with his punch but too often is satisfied with catching defenders and will lean into them as he tires. In doing so, Smith bends at the waist, leaving himself vulnerable to swims and spins. Wears double knee braces.-CBS Sports 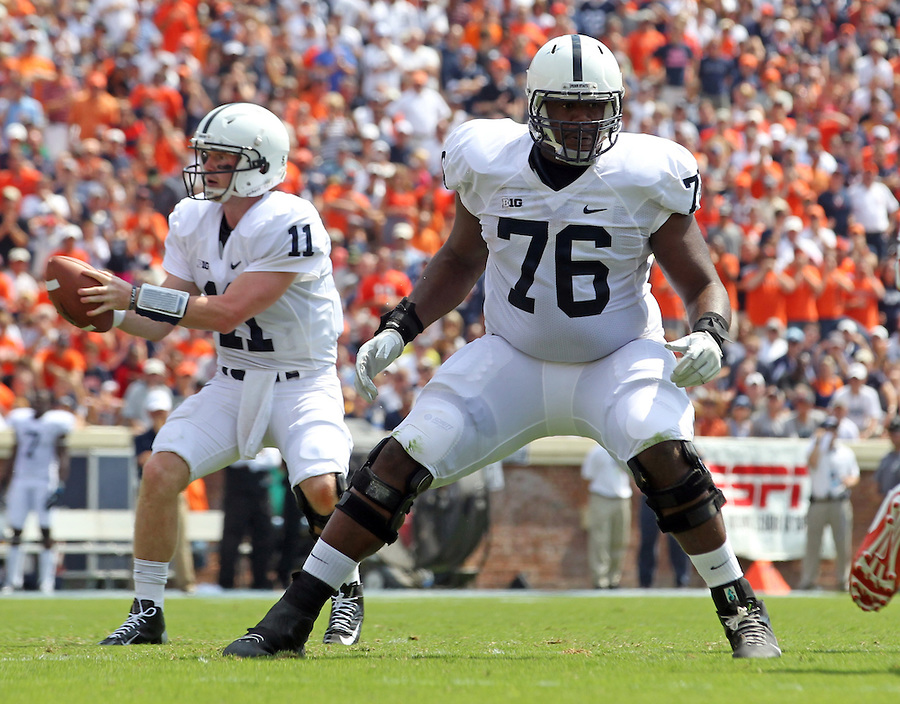 STRENGTHS:Possesses a legitimate NFL frame with broad shoulders, long arms and a thick lower half. Though occasionally late off the snap, Myers generally shows good initial quickness in pass pro and in releasing to the second level in the running game.

He can extend his arms and latch onto defenders, showing good lateral agility to shuffle to mirror (albeit in small areas). Because of his stout frame and the fact that he plays with good knee bend, Myers anchors effectively.

Selfless player who saw action at left and right tackle and right guard over his collegiate career.

WEAKNESSES: A significant project. Does not currently possess the strength or technique to win in the trenches at guard and lacks the foot quickness to handle the edge at right tackle. Struggled with speed rushers when playing wide.

Country-strong, but Myers' initial punch lacks explosiveness and he resorts to latching on and surviving rather than dominating the opponent, even at this level. Too often resorts to leaning on the defender in pass pro, leaving himself vulnerable to the quick swims and spins he'll see from more refined rushers in the NFL.

Inconsistent hand placement. Quick enough to get to the second level but struggles to hit the moving target, showing marginal change of direction and balance.-cbs sports 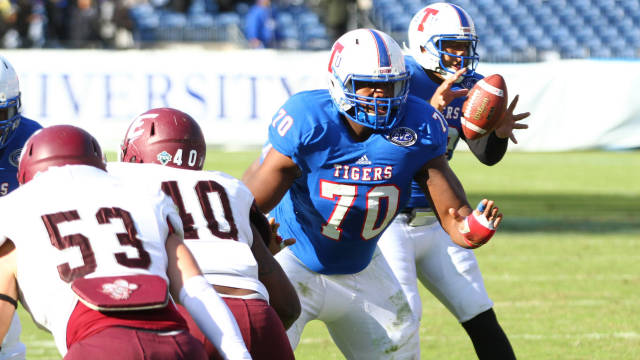 2014 PRESEASON TED HENDRICKS AWARD WATCH LIST: TYELER DAVISON, FRESNO STATE...The Scottsdale, Ariz. native returns for his senior season as one of the team's most experienced players, having played in 39 games. He is a back-to-back All-Mountain West selection - 2012 First-Team and 2013 Second-Team - and was named a 2014 Preseason First-Team All-MW selection by the league two weeks ago. He owns 100 career tackles while playing nose guard and has recorded 15.5 tackles for loss in his career, included 6.0 sacks. Along with being on the Hendricks Award Watch List, Davison was also named to the Rotary Lombardi and Bronko Nagurski Trophy Watch Lists this summer.-CBS Sports 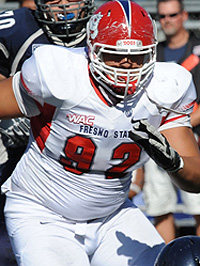 Jefferson is a fluid athlete with good speed and is an aggressive, physical hitter.-CBS Sports 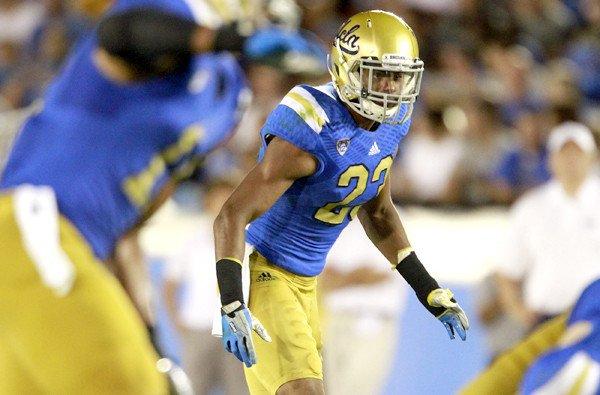 Tall target with thin build. Has intriguing "slow-burn" speed for his height. Long-strider who eats up cushion and can blow by off corners and safeties who underestimate him. Sinks hips into his breaks and can break off route quickly for a tall receiver. Played outside and from slot. Uses stride to get separation. High school quarterback who is a dangerous runner after the catch. Has 14 touchdowns over last two seasons, including from 88, 61, 41 and 75.

Upright off snap and into his routes and needs an extended runway to build up to top speed. Thin frame and gets redirected off the line. Play strength is below par. Lack of initial foot quickness and upright posture could be a problem against aggressive press-cover corners. Had issues with focus drops early in 2014 season after foot injury. Made more challenging catches early in career.-nfl.com 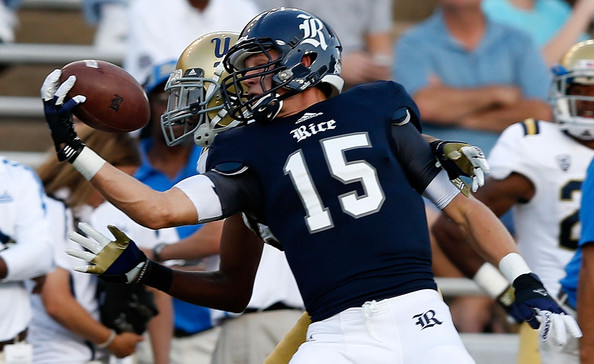