From the FanPosts. I missed this - so cool! -Joel

I'm not going to show you a bunch of photos with lines and arrows here, and explain how coverage broke down or gaps weren't filled. I will happily leave that to the AP writers who are best at it. But I did want to share my favorite moment in Monday night's game... just in case you missed it.

With 12:20 to go in the 4th, the Chiefs are leading 27-7 and have 2nd and goal at the New England five. Alex Smith throws a short pass to Jamaal Charles. Charles is hit, and lunges for the end zone, hoping to break the plane for a touchdown: 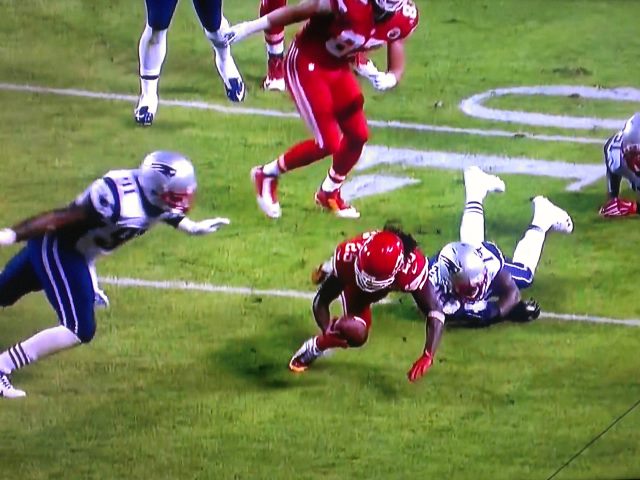 But Charles is hit again as he is lunging forward, and the ball is loose at the two: 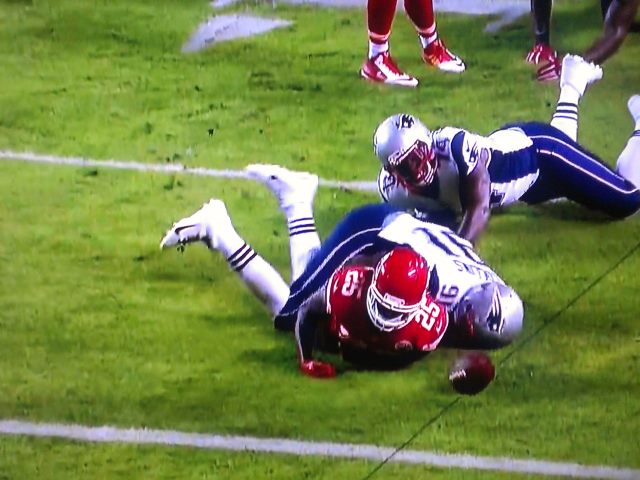 And who falls on the ball in the end zone? None other than the much-maligned Mike McGlynn: 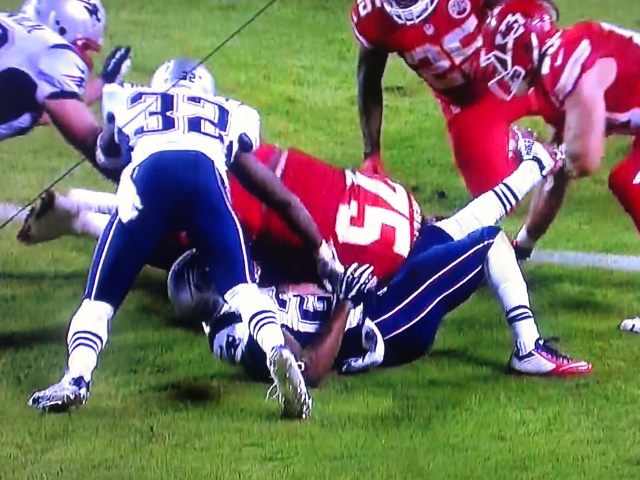 On the field, the referees call this a fumble recovered by Kansas City in the end zone for a touchdown. But upon review, it is correctly determined that Charles was down by contact, and the ball was dead before rolling across the goal line.

On the very next play, Dontari Poe lumbers on to the field, lining up as a fullback. He and Anthony Sherman fool the Patriots into believing the Chiefs will try to punch it in. But instead, Alex Smith hits Travis Kelce for a touchdown pass. Anthony Sherman comes up with the ball, and flips it to Kelce: 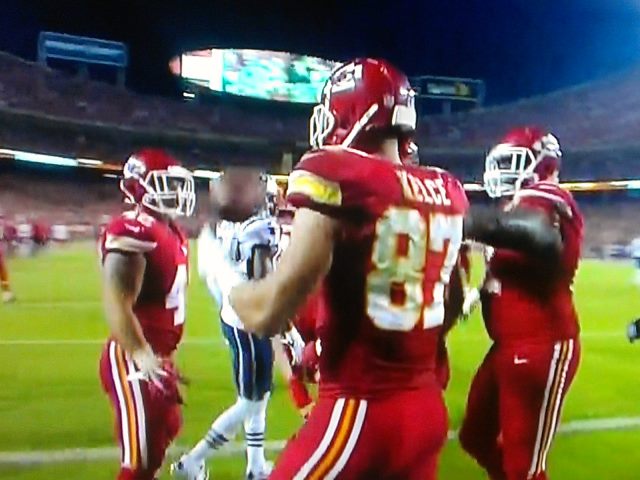 What does Kelce do? He doesn't pull one of the cool celebration moves for which he is becoming well-known. Instead, he finds Mike McGlynn, and hands him the ball: 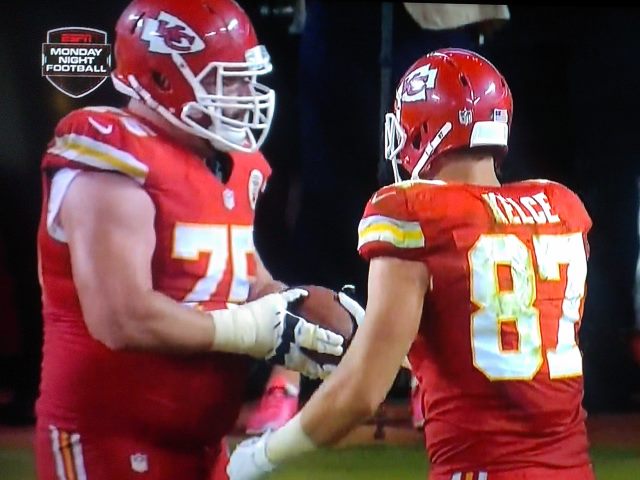 And Mike McGlynn - who wouldn't even be on the roster except for Donald Stephenson's suspension, and may never see the light of day again when Stephenson returns - gets to spike the ball: 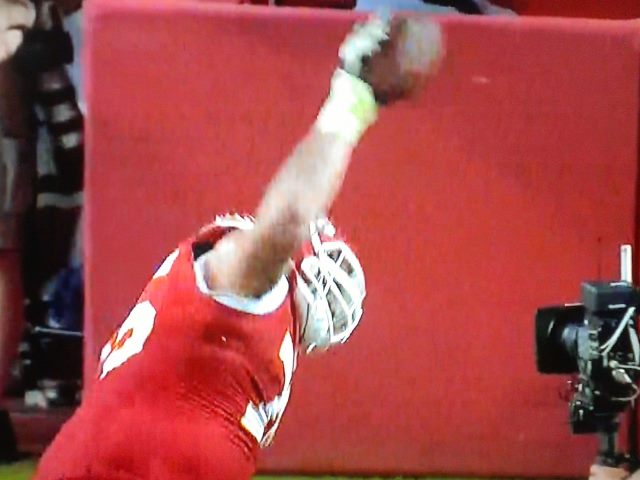 His heads up play on the previous down earned him the right to make this spike, and his teammate Travis Kelce didn't forget him.

We're all beginning to realize that Travis Kelce is a great find for this team. He is clearly an emerging star. But in this moment, a little more of Kelce's character is revealed. While he's obviously a guy who revels in his own talent, in this sequence he also shows that he is a team player.

In case you haven't noticed, John Dorsey and Andy Reid are building a great team in Kansas City. Enjoy the ride.