You may not recognize the name Dalton Meek but you may have seen the back of his head.

Share All sharing options for: Meet the man who plans to cover his body in Kansas City Chiefs tattoos

Dalton is a 21-year old Kansas City Chiefs fan who is best known for the unique (very unique) Chiefs tattoo on the back of his head, which we called the craziest Chiefs tattoo you will ever see. What you didn't know is that he has plans to fill in the rest of his body with Chiefs tattoos.

We interviewed Dalton about his tattoos, including pictures of all seven of his Chiefs tattoos below. The quotes are his from an email exchange. Beware, the final one is an ass picture, which I have chopped down so as to not look like an ass picture. 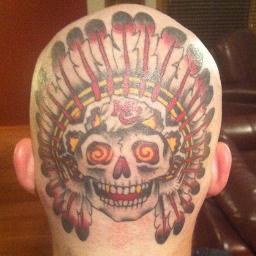 What is your favorite tattoo?

"I don't know if I can pick one. They're just tattoos, it's just my skin. Sooner or later they're gonna all come together and it's just gonna be one big piece of artwork. That's the picture I'm trying to paint.  But if I had to pick one I'd have to go with my head because Chiefs fans LOVE it and you just bring the party at the tailgates. People love crazy and I pride myself in being chock full of it." 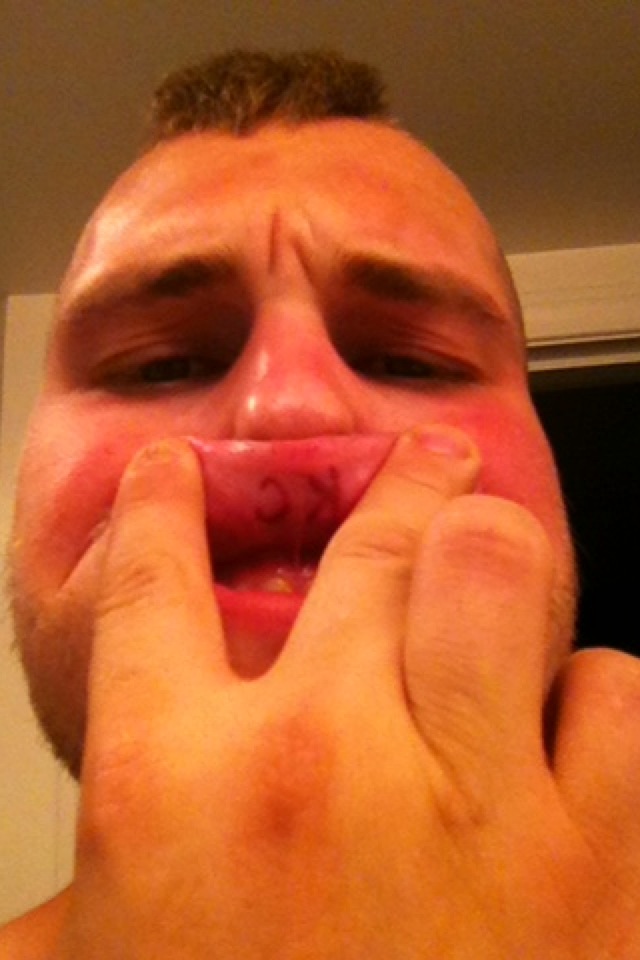 Do you plan to do any more?

"My spine is set up to be a timeline. Basically just going over my spine in red ink and on top of the timeline will be a glorious golden Chiefs logo. Then I'll spend the next 70 or so years filling it out.

"Every important date in Chiefs history will get a moment added to the timeline. For instance, the first stop will be the Monday night miracle game against the Chargers on October 31, 2011. I was there and that was perhaps the greatest game I ever witnessed. The moment will be good 'ol Andy Studebaker erupting from the pile with the football after the fumbled snap." 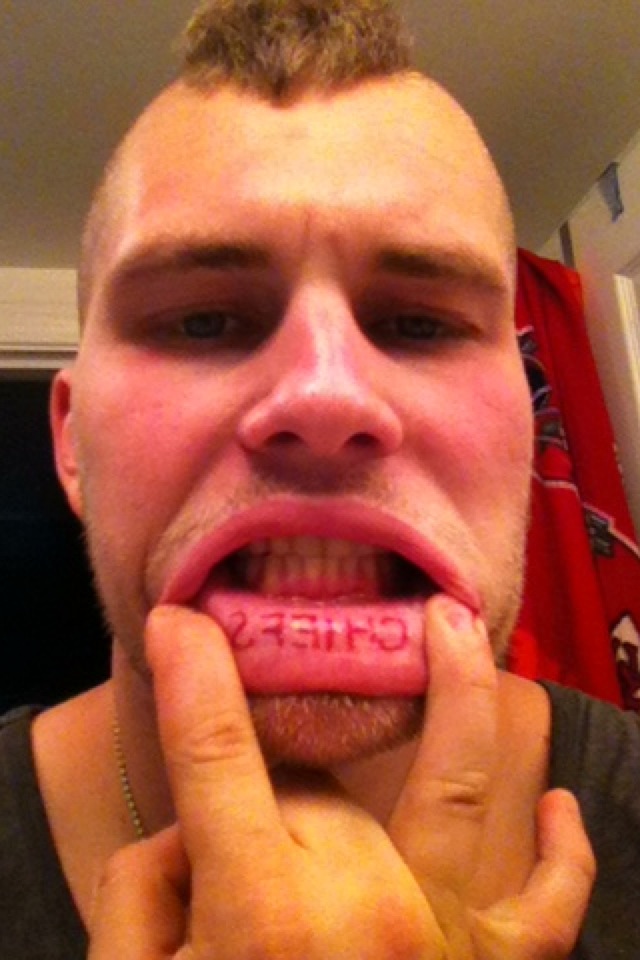 Did the lips hurt?

"Yeah, the lips hurt. Tattoos hurt but pain is only temporary. It's no big deal." 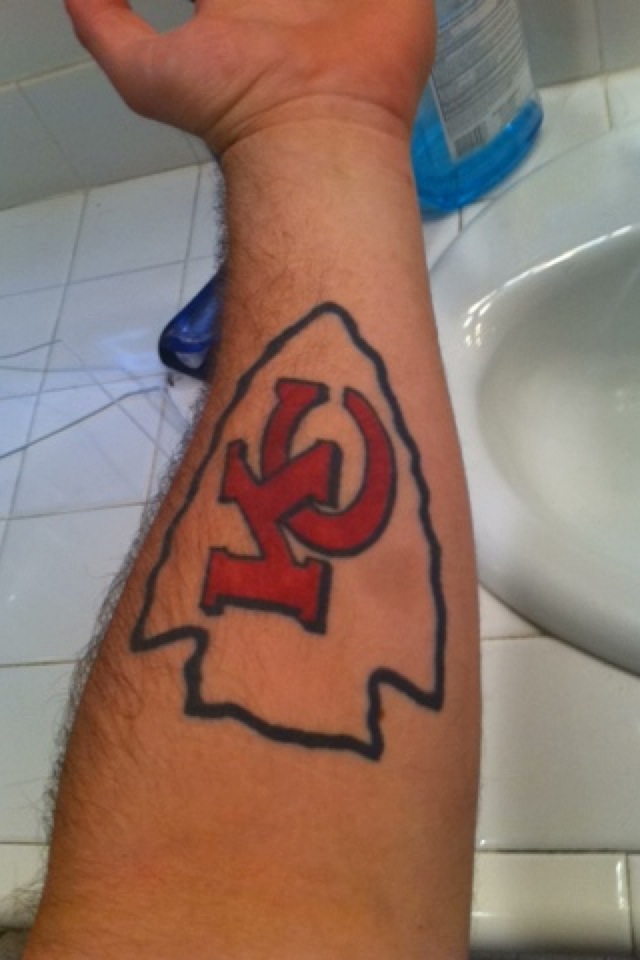 What was your first tattoo?

"My first came at 18 and it was the classic Chiefs logo on my left forearm. My head was my second and it's been a lost cost ever since. I've got a total of eight now, including my mother's name on the bottom of my foot, but that's always changing.

"I'm hoping I can get my arms and chest toned enough by Christmas to get work done on my half sleeve, so that could very easily change in the near future. Regardless every single tattoo I get (excluding the one for my mother) will be in the Chiefs honor. They're my entire life, man." 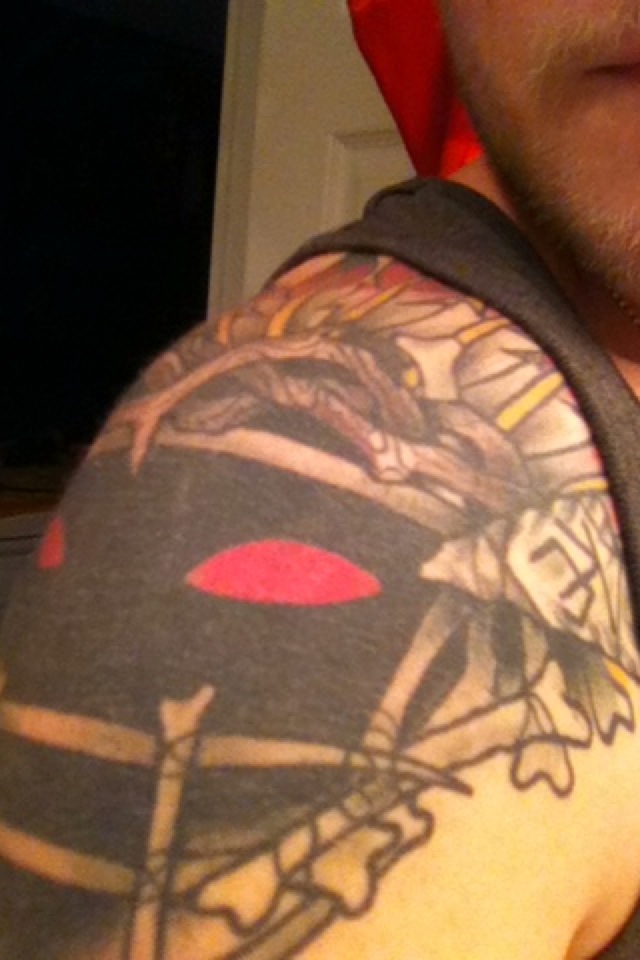 About the right shoulder

"My artist really screwed the one on my right shoulder up bad though so I'm in the process of finding a new artist so I can edit my current tattoos and get his artistic style off of me." 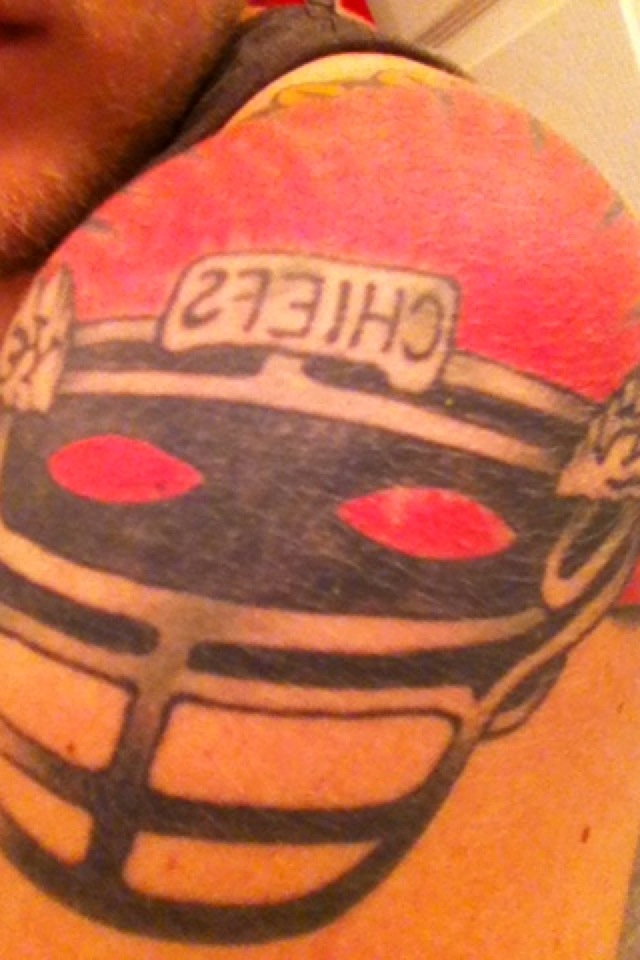 How often do you get stopped in the streets?

"Literally all the time. I moved to Los Angeles from Kansas about eight months ago and it's everyday I get stopped for it. My tattoos are conversation starters that's for sure." 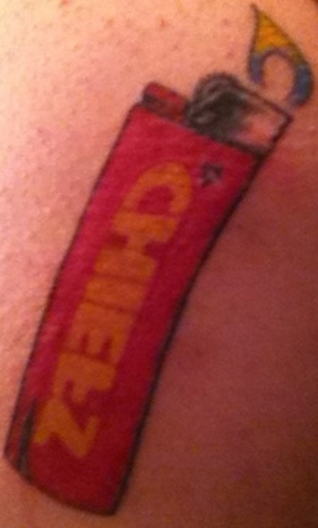 Where is that tattoo?

"The lighter? It's on my right cheek."

Editor's note: The ass photo has been chopped down to keep it safe for work. Also, the angle is backwards because have you ever tried to take a picture of your ass?