Three rule changes I would make in the NFL

The NFL is already great. Here are three ways to make it even better.

Share All sharing options for: Three rule changes I would make in the NFL

With the offseason (and my studies for the bar exam) becoming more and more of a monster that's destroying my quality of life, I find my mind drifting to the world of "what if." I'm guessing this a defense mechanism to keep me from thinking about the fact that I'm writing on a football blog as thousands of pages of material need memorization. Oh well, why fight it?

One area my mind wandered to recently was the current state of the NFL. It is, without question, the most popular sport in the United States. And it's not really all that close. Some places (cough cough Grantland cough) like to pretend that the NBA is somehow threatening the NFL. That's laughable no matter what measure you use (ratings, money generated, awesomeness of the game. Whatever). Baseball will always have its devotees but stopped being America's game decades ago. Soccer? Yeah ... no. Hockey? Let me put it this way; I'm from Minnesota, and it's not even close.

It's all NFL at the top of the food chain. Which means they're doing something right. On the flip side, there's always room for improvement. A couple years ago (I believe it was in the doldrums of the offseason) I wrote about some rule changes I'd like to see. Some were serious, others were mostly in jest. But with my career on the line in under a month, now seems to be as good a time as any to reflect on some ways I'd improve the NFL. Or if not improve, at least change things up.

I'm not looking for a return to the days where wide receivers got killed going across the middle. Concussions are a very real issue, and I don't believe it's in the league's best interest (or the players) to allow for wide receivers to get blasted by the likes of John Lynch wannabes (can't mention Lynch without showing this hit. I honestly thought he'd killed Dante Hall for a second. Yikes). However, that's not what I'm looking for.

Let's think about this. When corners, linebackers, and safeties aren't allowed to stay in contact with receivers running down the field, what are their options?

A)  Run step for step with the receivers, mirroring their movements while still keeping an eye out for the ball

B)  Play zone coverage and try to arrive right as the ball is thrown, either jumping in front for a pick, knocking it down, or blasting the WR (rarely legal anymore).

C)  Give up lots of catches, yards, and touchdowns

Option A is almost impossible for most defenders. There's a reason there are so few shutdown corners in today's NFL.  Today's receivers are either giants who can jump like LeBron on speedsters who can run like Usain Bolt. It's almost impossible to mirror in coverage consistently.

Option B is where the biggest risk of injury comes in. What's more dangerous; two guys running next to each other jostling one another, or two guys sprinting toward the same point and colliding? If you picked the latter, congratulations! You understand physics.

For years now the league has trended toward something resembling a Madden game on rookie mode. Passing stats are out of control. While there are still a few dominant defenses out there (hi, Seattle), the regular season especially has become a bonanza of "decent" receivers racking up huge numbers and "OK" quarterbacks looking like Dan Marino on the scoreboard.

Allowing corners, safeties, and linebackers to jostle and fight for position down the field the way they used to would go an incredibly long way toward evening the playing field. Great quarterbacks would again stand out even more from their counterparts, and mediocre quarterbacks wouldn't be able to fool teams into thinking they're great. Additionally, as I mentioned, allowing defenders to be more physical on the front end puts them right next to the receiver, which means you won't have as many guys lining up on the ball/receiver and creating those crushing hits.

Keep the pass interference rules as they are, but let's see receivers and QBs earn it again. 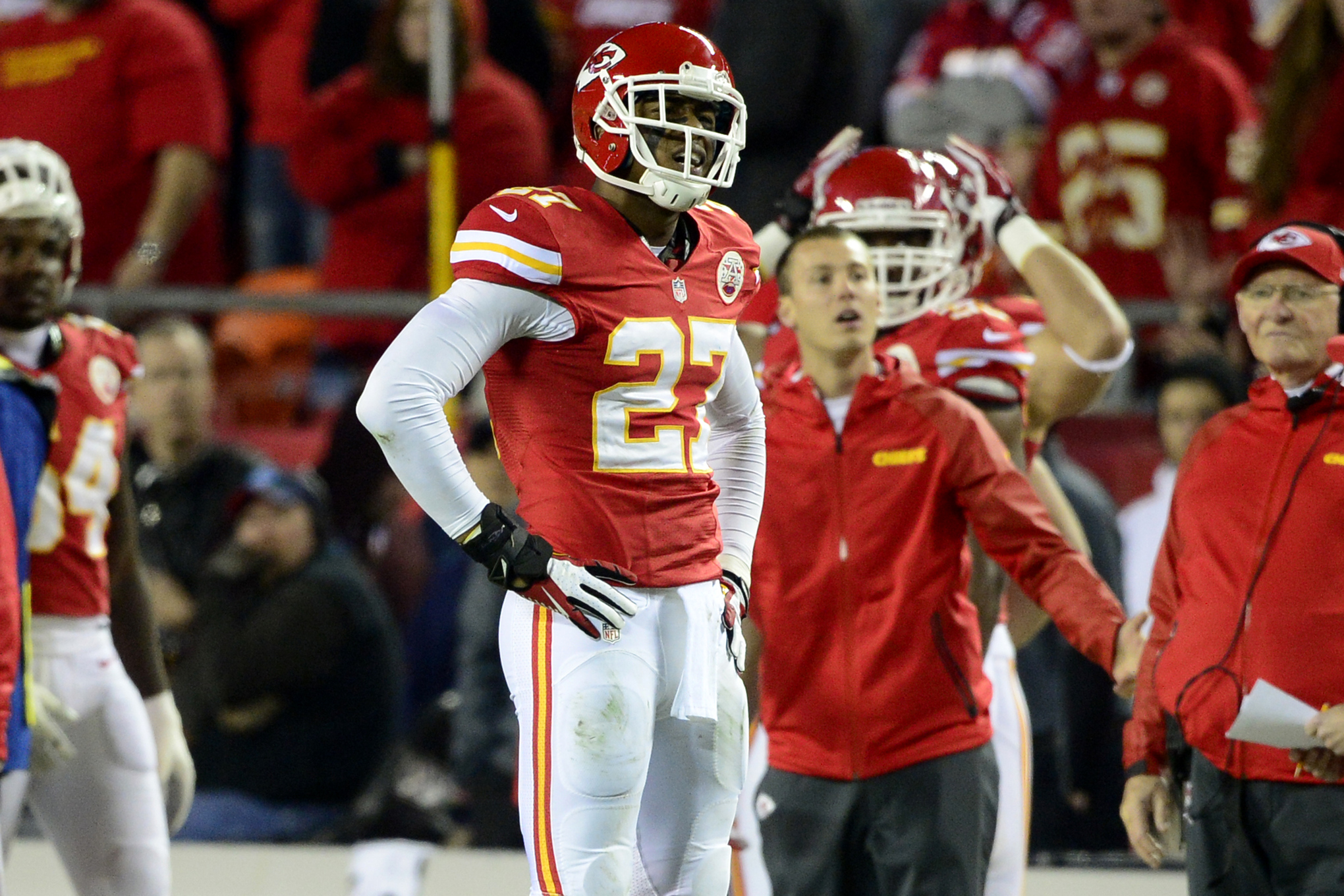 You know what I hate? Insurmountable leads. While we, of all fan bases, are aware that even a gigantic lead in the second half is not impossible to overcome (vomits, wipes mouth), in many cases when a team gets down more than two scores the game looks completely out of reach.

Additionally, the extra point has become something of a "problem." I say "problem" in quotation marks because I'm not really sure there's anything wrong with the current system. Does it really bother anyone that the extra point is basically an automatic in today's game? I have to say, it doesn't keep me awake at night and does provide a nice exclamation point on a touchdown (seeing that kick go through the uprights and yet another point go up is ... well, it's just nice).

Two point conversions are controversial. A lot of statistics (at least, so I've heard from smart people) show that the odds favor going for two a LOT more than teams currently do it. As a group, NFL coaches tend to be conservative. I suppose that's understandable considering how tenuous their job security can be. That said, perhaps it's a matter of risk vs. reward. A coach basically rules out going for two because really, it's just one more point.

Think about it. Scoring from the five-yard-line is tough. Very tough. It's too far to be able to just have a RB bulldoze in (the way you can from the two-yard-line). However, it's close enough to the end zone that the routes receivers can run are limited. There's a BIG risk here.

On the other hand, it's  BIG reward. Four points? Making the touchdown you just scored worth ten instead of six? You just know that some coaches would spend half their time scheming for this particular type of play. Being able to operate efficiently in this area would become a gigantic advantage for teams. Plus, the whole "no lead is safe" expression becomes even more real. Up 20 in the fourth? Yeah, that's potentially two freaking scores.

Again, that would be a radical shift, and I expect most people wouldn't favor it. But I'd love to see what coaches did with such a huge opportunity to rack up points quickly. 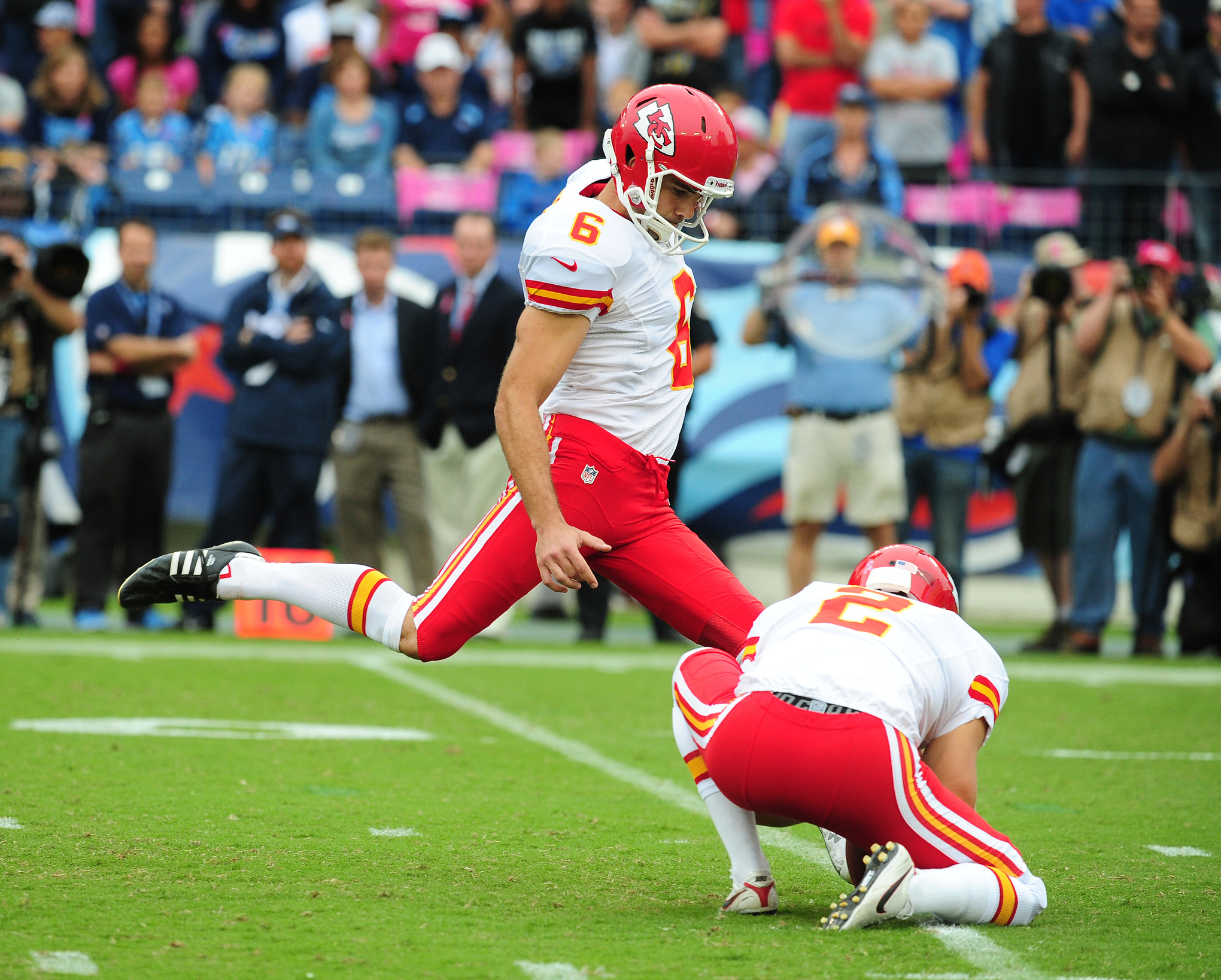 No. 3: Change the franchise tag price to a first and a third rounder

I'm tired of "he's been franchised" meaning "literally no team is even going to consider signing him to a long term deal." It's boring. It's overly burdensome. And it takes away from the joy that is free agency. Do away with the exclusive franchise tag and change up the non-exclusive tag.

Let's take Jimmy Graham, recent loser of the "I swear I'm a WR even though I'm defended by linebackers and safeties" suit against the NFL.

(Long side note here. I'm not saying that Graham didn't have SOME valid points, but Sean Payton's  statement regarding the way Graham was covered ended it for me. Here's a link to the full decision. Look to the very bottom of the decision. It seems like the arbitrator treated Payton's statement, which was essentially "linebackers don't cover WRs and they covered Graham all the freaking time," as highly persuasive. And it was. Total decimation of Graham's argument in a couple sentences. Don't tell me a guy who isn't covered like a WR is the same thing as a WR. How he affects defenses is WAY more important than where he lines up.)

Jimmy Graham is an unbelievable talent ... But there's basically zero chance any team is going to try and sign him away because the price (a pair of first rounders) is just too high.

Jimmy Graham is an unbelievable talent. He's the biggest freak to ever play the TE position. He's a matchup nightmare, and would make any offense drastically better with his mere presence. But there's basically zero chance any team is going to try and sign him away from the Saints, because the price (a pair of first rounders) is just too high.

This is especially true since any potential free agent who is signed away from another team is going to demand a very large contract. A big cap hit combined with the loss of two first rounders is just too much.

Changing it to a first and a third makes the conversation much more interesting. Let's say, for example, J.J. Watt and the Texans are unable to come to a long term agreement. Would you be willing to unload a first and third rounder for Watt? I absolutely would. By lowering the price of the franchise tag, we allow for at least the possibility that elite players can leave teams they no longer want to be a part of.

Of course, I don't want to create an NBA-like situation where players have complete and total control over the situation, and teams are basically powerless to do anything but cave to a great player's demands. And so, we keep the price high enough that a team will be handsomely rewarded (in addition to a supplemental pick) for losing a stud player.

Now it goes from, "Welp, he's franchised. Who's next?" to "Is he worth it? Are we close enough to contending this year that this could put us over the top?" I want an NFL where teams have a chance to snag that last piece of the puzzle, and where teams have to sweat at least a LITTLE more at the prospect of losing a stud player.

There are about a million other ways I'd tinker with the NFL if I were in charge, but I'll leave those for comment sections and my own wild imagination. In the meantime, maybe we'll luck out and ol' Roger will take a peak at Arrowhead Pride today. If we see any of these proposals come to fruition, we'll know why.