A roundup of the KC Chiefs Sunday training camp practice, where Dwayne Bowe left with cramps and Donald Stephenson injured his ankle.

We'll start with the big news of the day: Dwayne Bowe had cramps. The dreaded "carted off" phrase ...

Dwayne Bowe was the player carted off earlier. He was sitting in the FRONT seat. Not in the back. It was just a cramp.

The rest of the Chiefs Sunday practice was an injury-filled one.

#Chiefs players in shorts today off to the side. Hemingway, Mays, McKnight, Van Dyke, Kelce and Commings.

Berry isn't participating in contact drills after injuring his right hand Saturday in practice. Malcolm Bronson working with No. 1s.

Eric Berry @Stuntman1429 walking to #Chiefs training camp with a wrap on his right hand to protect dislocated finger. pic.twitter.com/yOEJrLhGDp

There were a few new injuries, too.

RT Donald Stephenson went down, lay on stomach and had to be helped to medical tent. Trainers looking at lower left leg. Left cleat is off.

Stephenson has an ankle according to #Chiefs PR. No more information at the moment

The injuries made for some new lineup combinations.

Chiefs are testing out Harris at LT & Webb at RT with the first team.

Zach Fulton getting the second-team work at center with Kush hurt.

Offensive and defensive lines going at it #chiefs pic.twitter.com/wg36fFDL3R

Tamba Hali puts Webb on skates with his bull rush.

De'Anthony Thomas is the first punt returner out there during special teams work.

Play of the day: Frankie Hammond

Best / worst jersey of the day

In other important news. 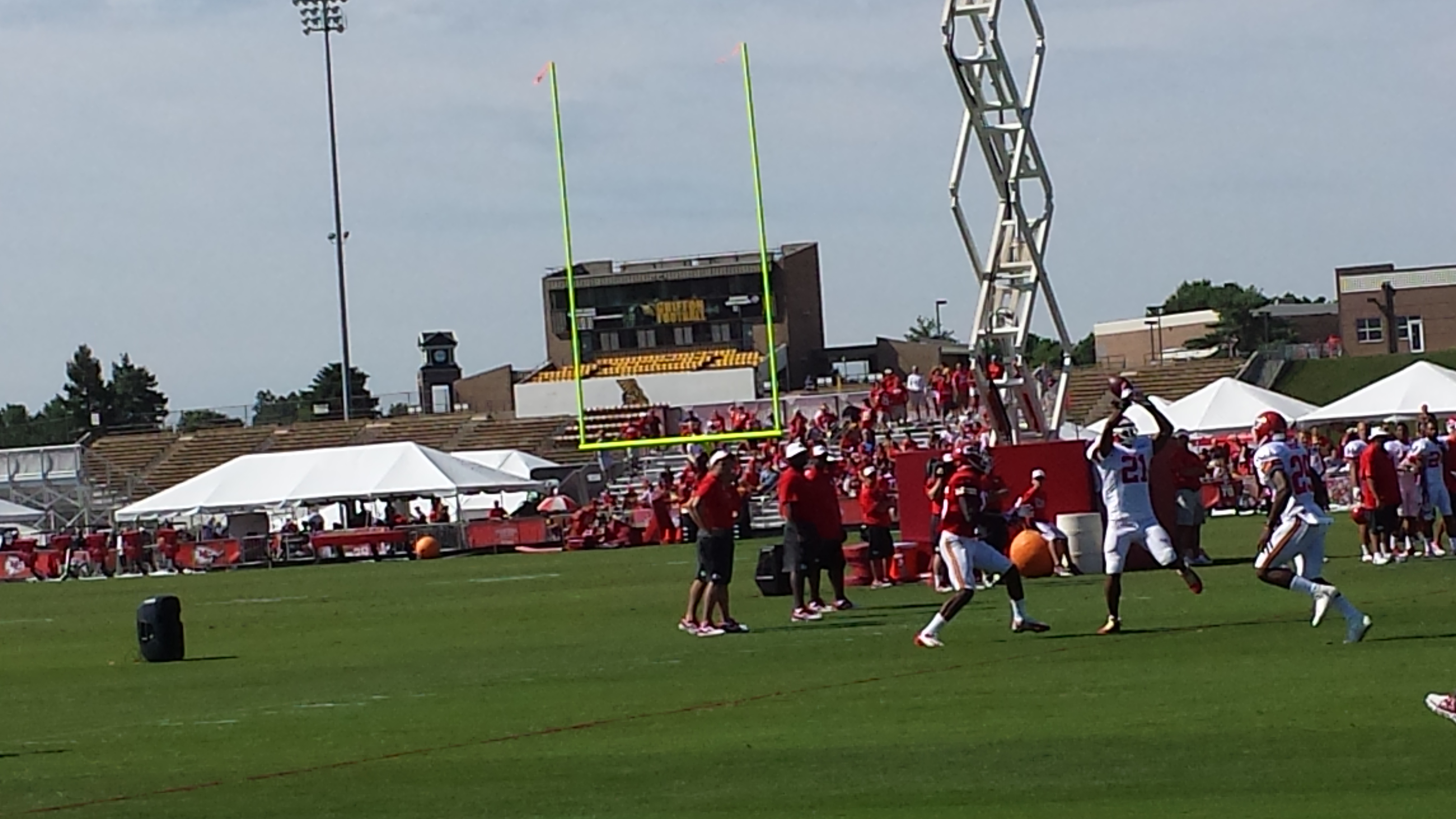 Reader Denise sent the one above in. "Caught this Sean Smith interception this am. Caused lots of high fives among the defense.  It was a great morning for football!"