Just about the entire KC Chiefs roster was on the field Thursday for the first training camp practice. Here's what went down.

The Kansas City Chiefs took the field for their first full-squad training camp practice. There was plenty of 11-on-11 work, which made it fun for the few thousand fans in attendance. What also made it fun for fans was that Jamaal Charles and Justin Houston were in attendance. Both players ran onto the field to cheers from the fans. Yes, it's just practice .... but it got me excited (that is not what she said).

Justin Houston spoke today, which is the highlight. Go read that here.

Let's run down the highlights of Chiefs practice on Thursday.

Sean McGrath was not in attendance for unknown reasons. Read more on that here.

Sanders Commings was a surprise addition to the group of Chiefs injured players. He worked with the trainers off to the side. Read more about his injury here, including quotes from Andy Reid.

Rok Watkins has a disc issue in his back and did not practice. Reid did not indicate a timetable.

Joe McKnight and David Van Dyke were placed on the PUP list earlier this week and they remain there. Neither player practiced, instead working with the trainers off to the side. 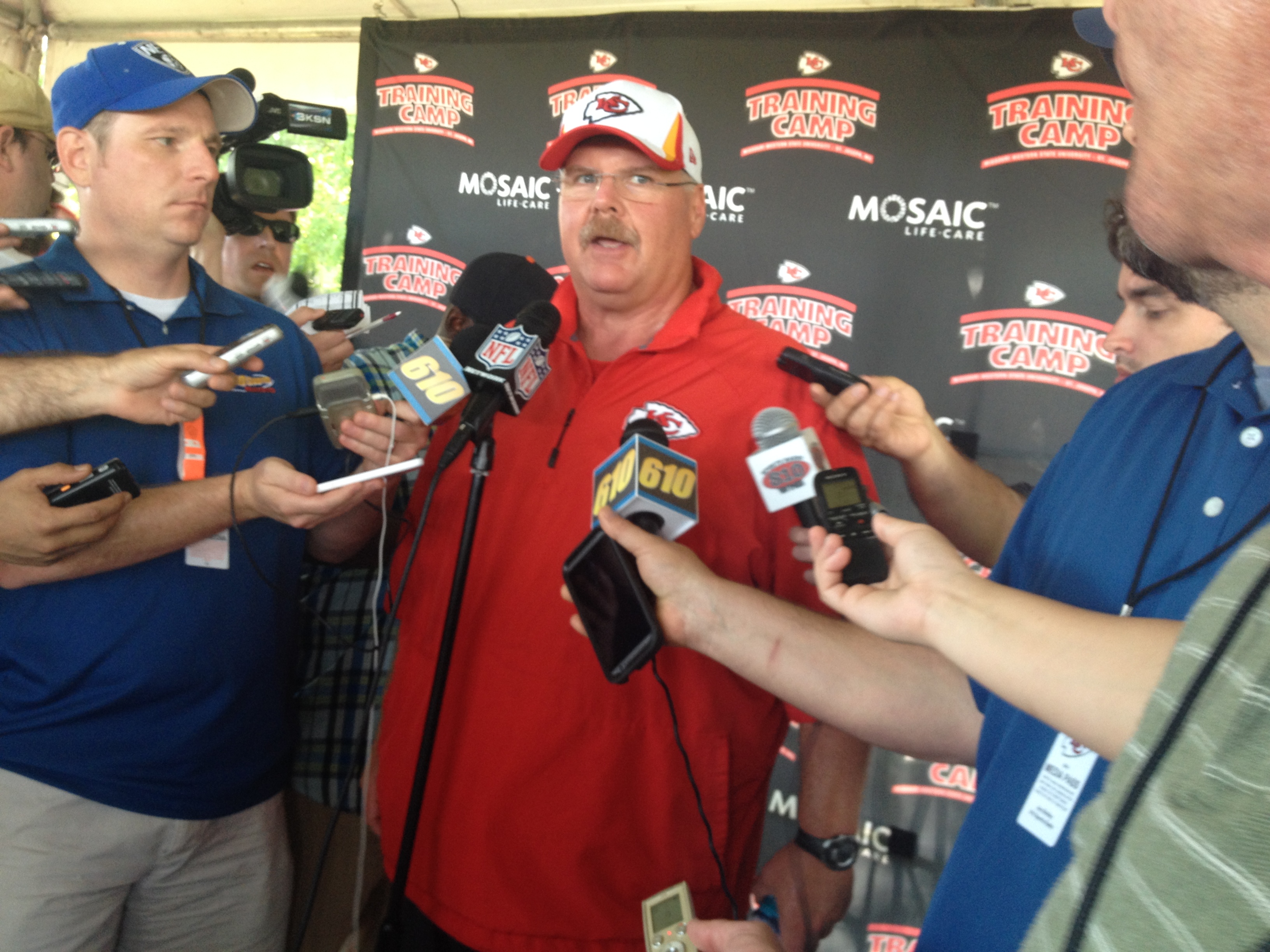 DE: Allen Bailey is still lining up with the first team.

WR: Junior Hemingway was in the slot.

K: Ryan Succop and Cairo Santos rotated kicks. They each went 6-for-6 during practice, ranging from 28 to 43 yards. 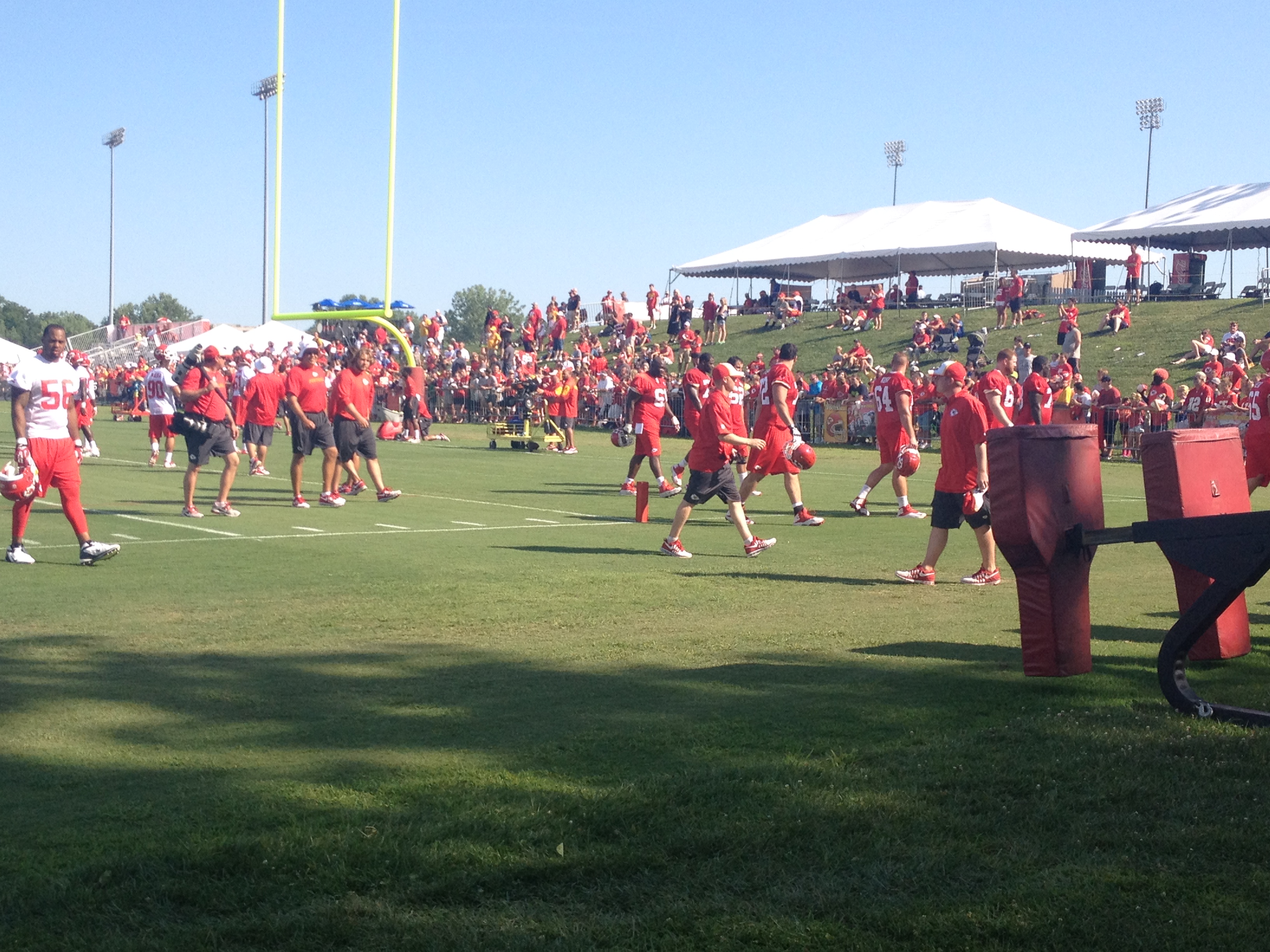 Davis, DAT and Wilson all saw two returns during their work. The others saw one.

Catch of the day

Mine goes to AJ Jenkins, who hauled down a hard Alex Smith pass that was over his head. Jenkins showed full extension to jump up, stop the ball and pull it in. Not an easy one to make.

Others might say the Harrison catch I described above.

Weird jersey of the day 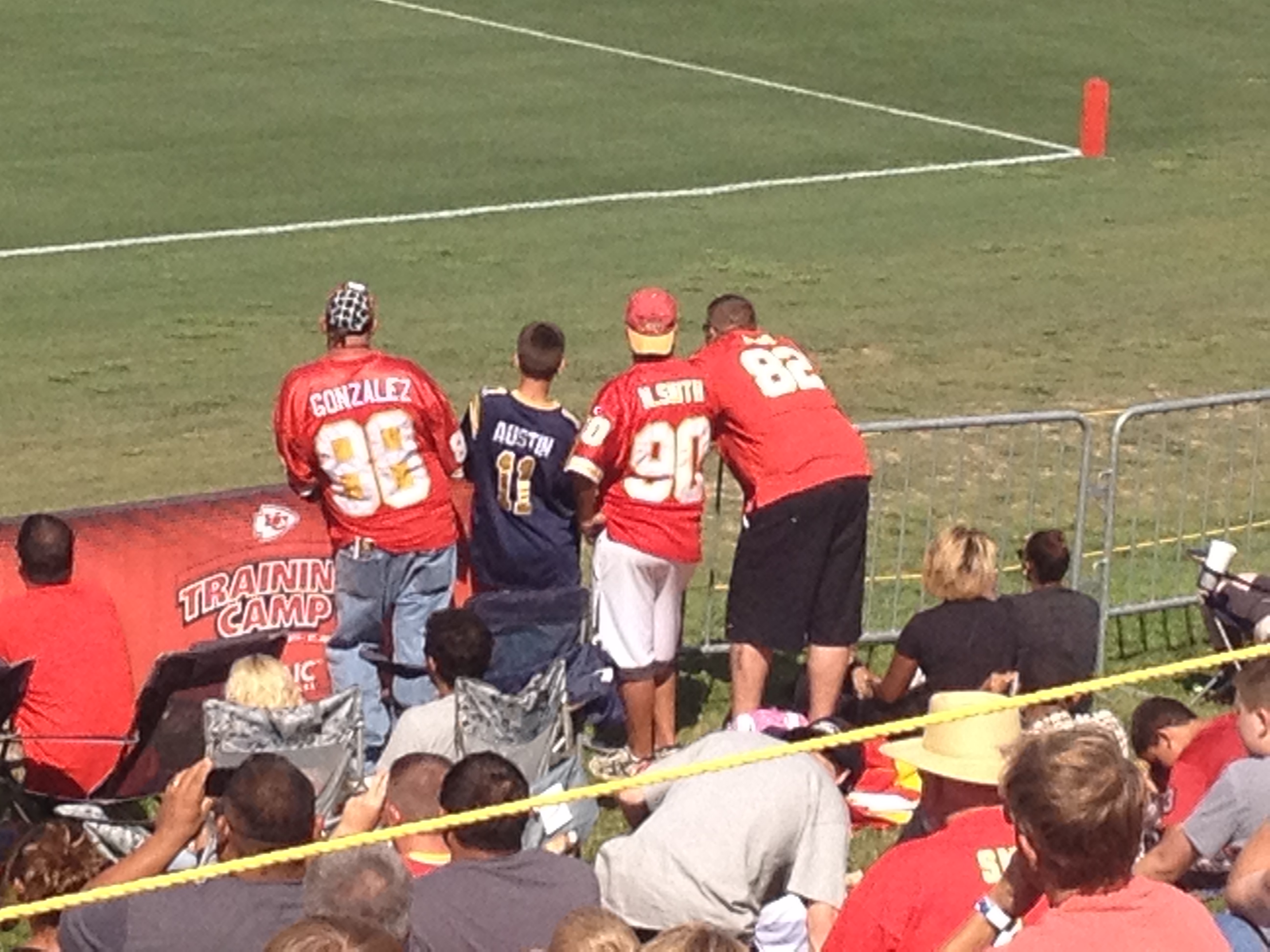 The food at Chiefs camp 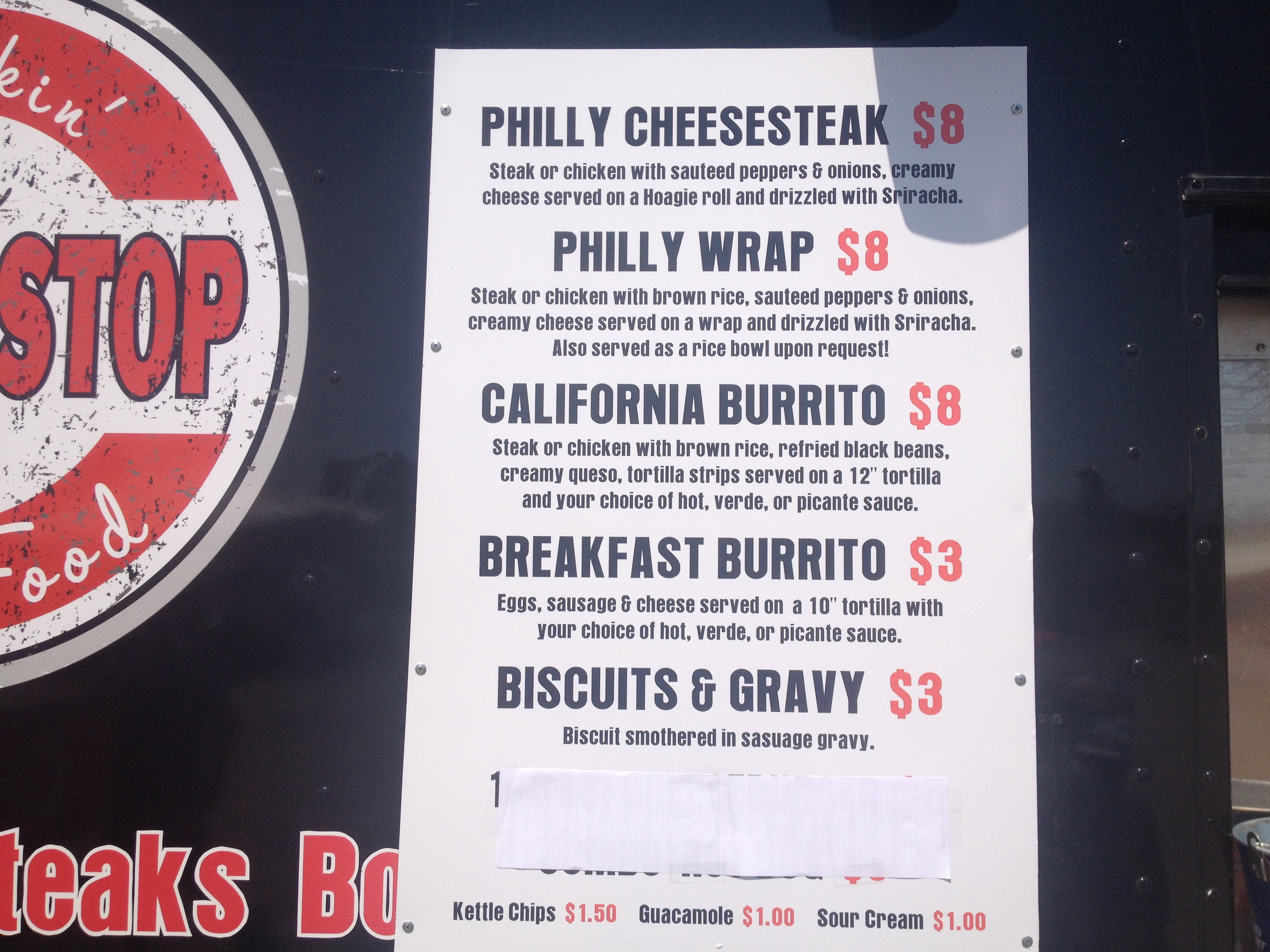 Best jersey of the day

Jersey of the year so far #chiefs pic.twitter.com/6p0ggIEpHe