Not all the veterans have reported to Kansas City Chiefs training camp yet -- that's on Thursday -- so they conducted a makeshift practice on Monday with the quarterbacks and young players.

The Kansas City Chiefs 2014 training camp unofficially kicked off on Monday morning with a one hour and forty five minute practice. While the official start date for camp is Thursday, July 24, the Chiefs rookies, quarterbacks and some first-year players reported to camp on Sunday. A full list of players in attendance can be seen below.

35 players were in attendance at the start of practice. RB Joe McKnight appeared without his helmet about halfway through practice. Andy Reid said on Sunday that McKnight had his knee scoped over the summer and is not quite ready yet.

The Chiefs announced after practice on Monday that McKnight and CB David Van Dyke have been placed on the PUP list. McKnight's injury is a knee and for Van Dyke it's a hamstring. This just means they can't practice with the team and do not count against the 90-man roster. This means the Chiefs could be signing two more players since they have the roster space. This is not regular season PUP where they would have to sit out the first six games of the regular season.

FB James Baker was not present for personal reasons.

There were a handful of drops from the receivers, including AJ Jenkins, Kyle Williams and De'Anthony Thomas (or is DAT a running back?) . The defensive backs seemed to have the edge on this day. 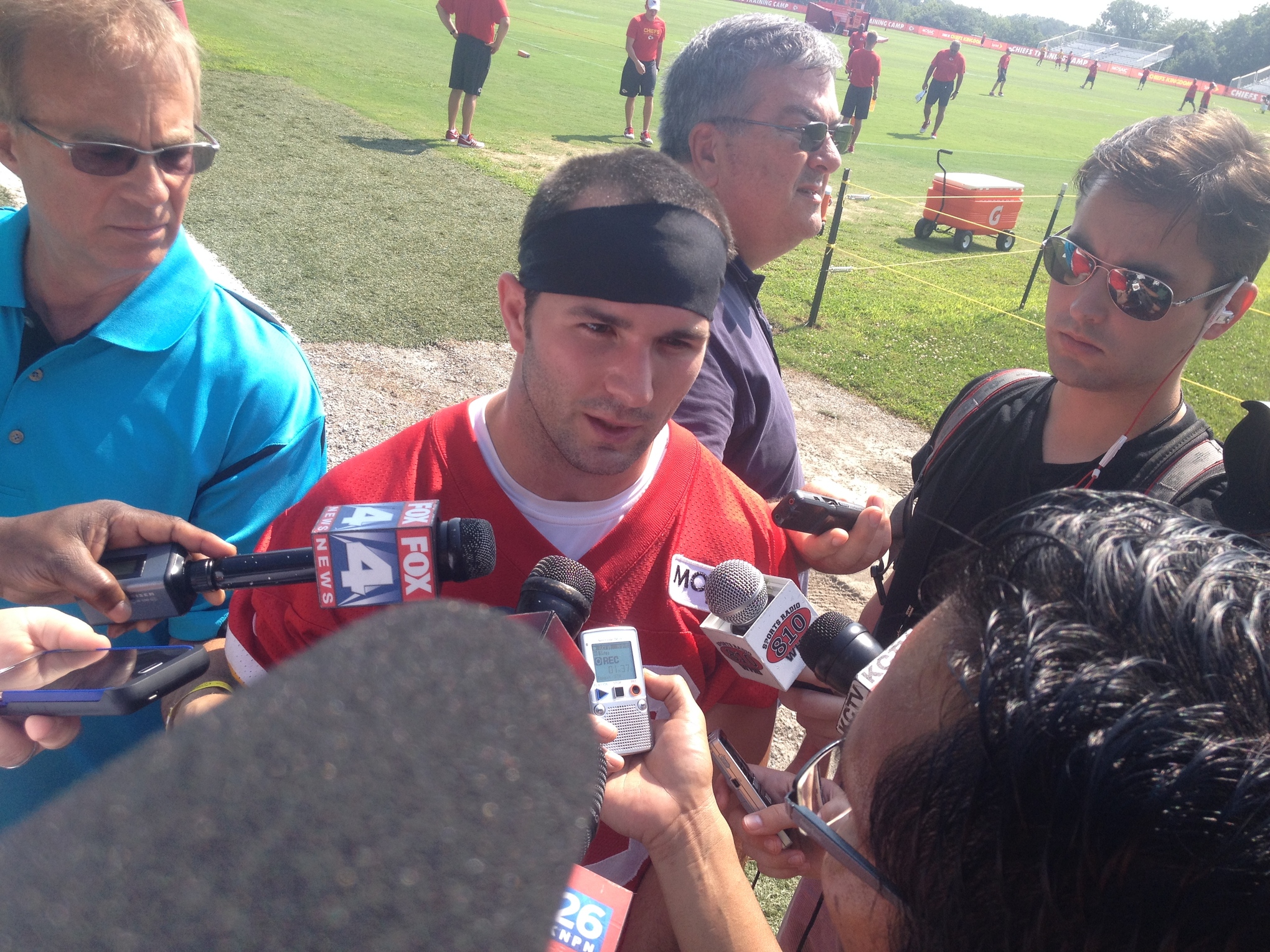 John Dorsey was in attendance. Yes, he was wearing the same grey Chiefs sweatshirt he always wears.

Albert Wilson, the undrafted receiver, had a nice double move to get open.

Brandon Jones is wearing No. 24. So we called him Brandon Flowers all day.

Kyle Williams said after practice that this extra period before camp is critical for injured players like him. He tore his ACL last year and is continuing to recover after sitting out most of OTAs. 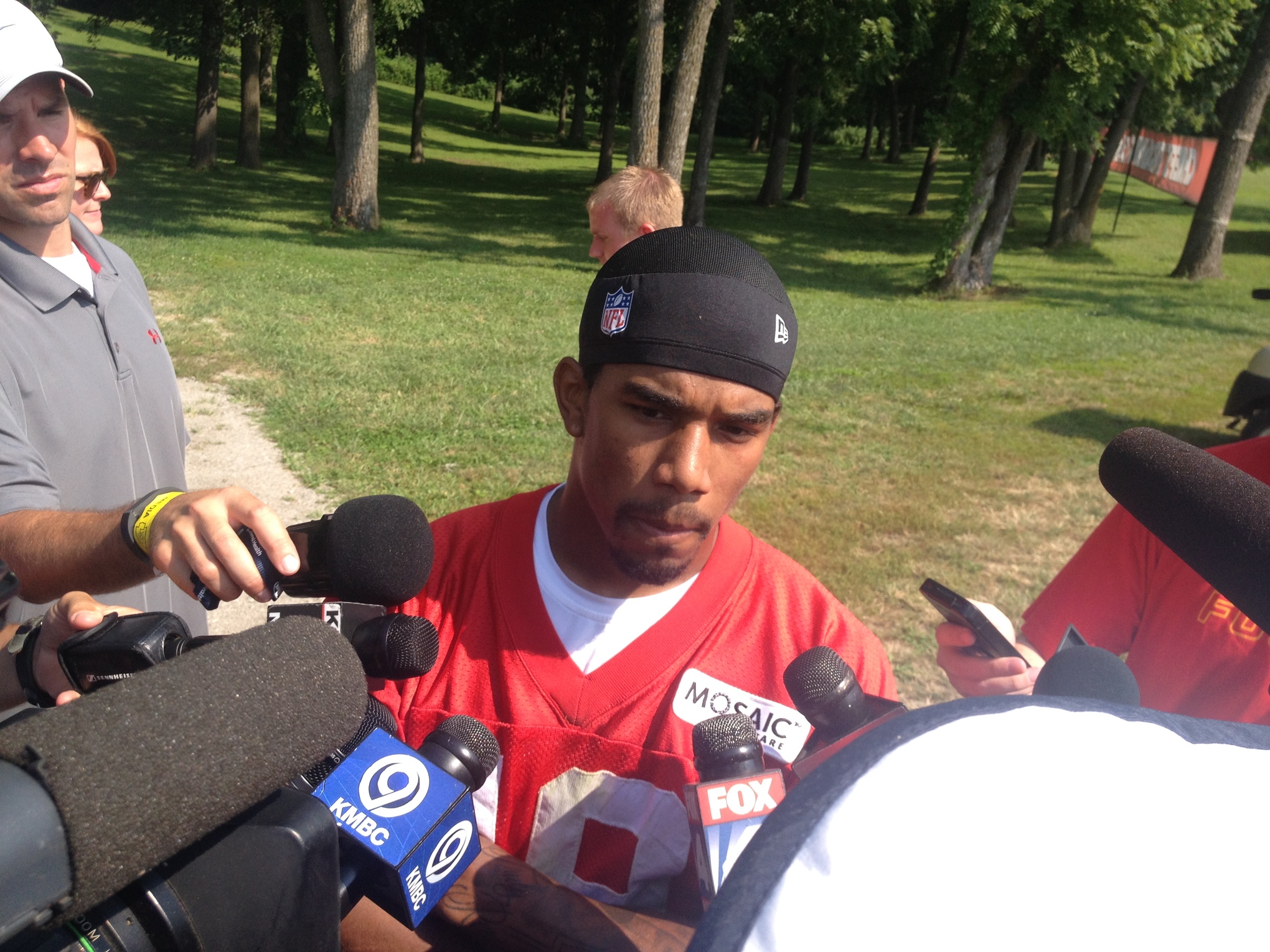 Aaron Murray had an excellent pass deep down the right sideline to Frankie Hammond Jr. He had another deep one - kind of a floater - later to Jerrell Jackson.

Travis Kelce, who ended last season injured, was on the field and seemed to be running and cutting fine. He slipped on one play while making a catch. After I gasped, he got up fine.

Travis Kelce said he used to be a long snapper in high school. 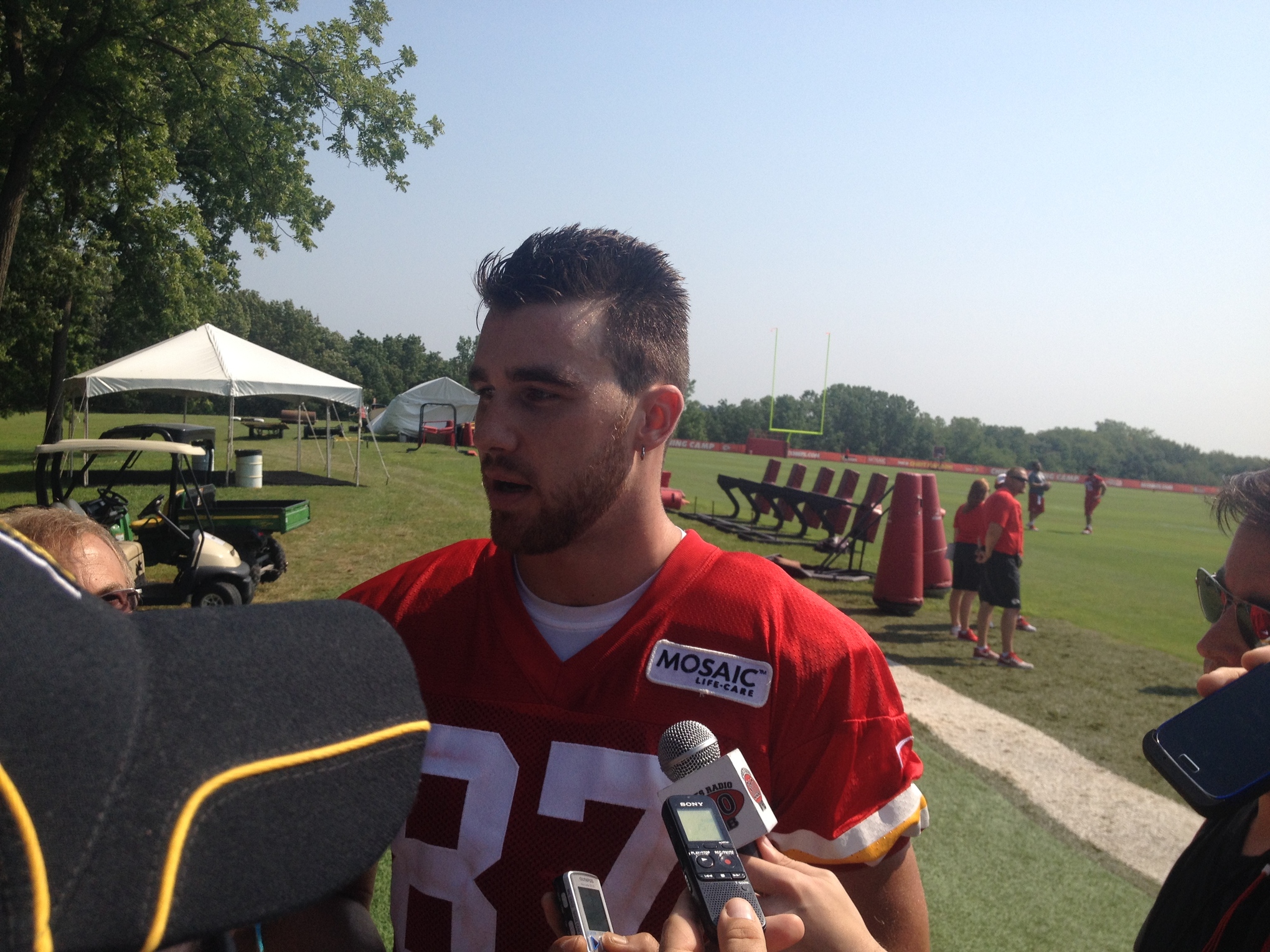 The Chiefs finished practice catching some tennis balls out of the jug machine.

Here is who attended today's camp:

*Present but did not participate.