The Kansas City Chiefs QB says the team does have the offensive firepower to compete with the best offenses in the AFC.

Share All sharing options for: Alex Smith says KC Chiefs have the playmakers to compete with Broncos, Colts, Patriots

The KC Chiefs lost to just three teams last season and they were the three best teams they played -- Broncos, Colts and Chargers. The thinking coming out of those games was that the back-end of the Chiefs defense needed to improve (perhaps by becoming better up front, cough cough Dee Ford) but there were also some questions about the firepower of the Chiefs offense, which came alive in the second half of the season.

Chiefs QB Alex Smith is participating in the American Century Golf Classic in Lake Tahoe, where NFL Network caught up with him. Asked by host Steve Wyche if the Chiefs have the firepower to keep up with the Broncos and Colts of the world, Smith said, "Absolutely, without question."

"I think coaches and personnel guys think the same way," Smith said in the video you can view here. "I think they answered that question when they saw that a lot of the guys that we do have and the talent that's been developed. I think coach [Andy] Reid is as good as there is at developing young talent. I think a lot of people going to be surprised from a lot of the different people that step up and where it's coming from."

That's pretty much the theme of the season: the in-house development of players from last season.

Those last two sentences are pretty much the theme of the season: the in-house development of players from last season. That's the reason you pay Andy Reid so well, right? You expect him to develop his players better than the next guy.

The Chiefs lost more than they gained in free agency so the story line this offseason has been about how much worse they've gotten since last year. But there are guys like Junior Hemingway and Donald Stephenson who are going to play larger roles this season than last. What if they shine when the spotlight is on them? What if Reid develops them well? That's not something we've given much time to consider. You know, it's possible this Andy Reid dude knows a thing or two about developing players. We shall see. 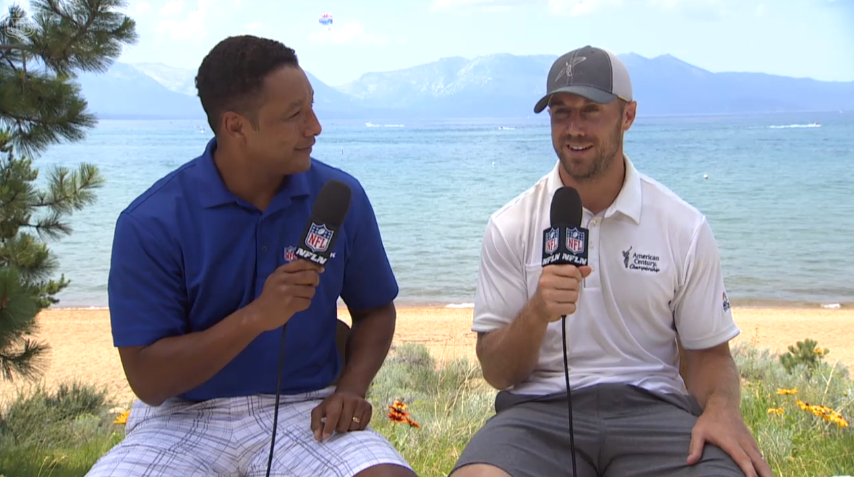 "I think for us, certainly not that you sneak up on anybody, but we're certainly not going to this year and not going to surprise anybody especially," Smith said when asked about improving the roster. "For us, I think kind-of continuing that momentum that we built last year and that we really felt like we laid a foundation. We had a great offseason. Building on that, now we kind-of get back into real football again. We get to put the pads on and hit and tackle. So really, I think kind-of trying to take off from where we left off. Trying to continue to build on that foundation that we laid and keep that momentum going."

Because this is Alex Smith talking, there had to be a contract question, which he fielded below.

"Who knows?" Smith said when asked when his contract could get done. "Certainly, there's been a lot of continued open conversation between both sides. But come camp for me that's all going to get forgotten about. For me, it's all about football. And if it gets done, it gets done. But until then, it's focused on that first game really."

Smith also recently talked to the KC Star, which you can read here.