The Kansas City Chiefs held the first day of their three-day mandatory minicamp on Tuesday. Read on for news and observations from practice.

The triumphant return of De'Anthony Thomas to the Chiefs practices was not so triumphant. Thomas hasn't been participating in the Chiefs OTAs due to this odd NFL rule.

The Chiefs were running 7-on-7 drills which required plenty of running for Thomas, who was bearing the high 80 degree temperature (just like everyone else, including me!).

After the 7-on-7 drills, the Chiefs moved to 11-on-11 work. I noticed that Thomas came up slow after the 7-on-7 drills. He looked awfully tired. After walking slowly for a minute, Thomas got back in there and caught a pass in the flat. He ran that to the end zone where he stopped, obviously very winded.

He came off the field and sat on the side with a towel over his head as the Chiefs trainers talked with him.

After practice, the Chiefs said he was sick. Sick of running in really humid weather? Possibly.

Frank Zombo has gotten the majority of the first team snaps opposite Tamba Hali with Justin Houston out. But on the first day of mandatory minicamp Ford was getting a significant portion. ESPN's Adam Teicher has a better eye than me and says Ford got every first team snap at outside linebacker.

Ford had a nice day, especially a sequence of plays against Jeff Linkenbach. It's early for pass rushers like Ford with practices being non-contact but he is obviously getting strong consideration from the coaching staff.

Maybe it's something going around? I could've sworn I saw Smith out at practice early on but maybe not. We noticed later that he wasn't anywhere to be seen.

The Chiefs said Smith was sick.

In his place, Ron Parker continued to take first team snaps. So we don't know yet if Smith's demotion to the second team will continue this week.

Travis Kelce gets back on the field

Kelce wasn't able to do anything during OTAs, standing off to the side with his baseball cap on. But at mandatory minicamp, he did a little more, including some route-running. He isn't fully back -- he didn't participate in all the team activities -- but he is doing a little more.

The Chiefs said he and Kyle Williams left early to ice down.

That he was participating at all is a good step forward for Kelce.

He was one of two players unaccounted for at Chiefs practice (the other being Justin Houston). Last week he hurt his hamstring and remained out this week.

For a new player, it's a tough break. This is the time to learn the offense and get acclimated with the offense. It's especially important for a player like Dressler who has a shot to contribute.

Junior Hemingway, back from strep throat last week. took the majority of the snaps at slot.

Harrison had an excellent catch where he had to go up and get a deep ball. He displayed his size and strength to pull it down. 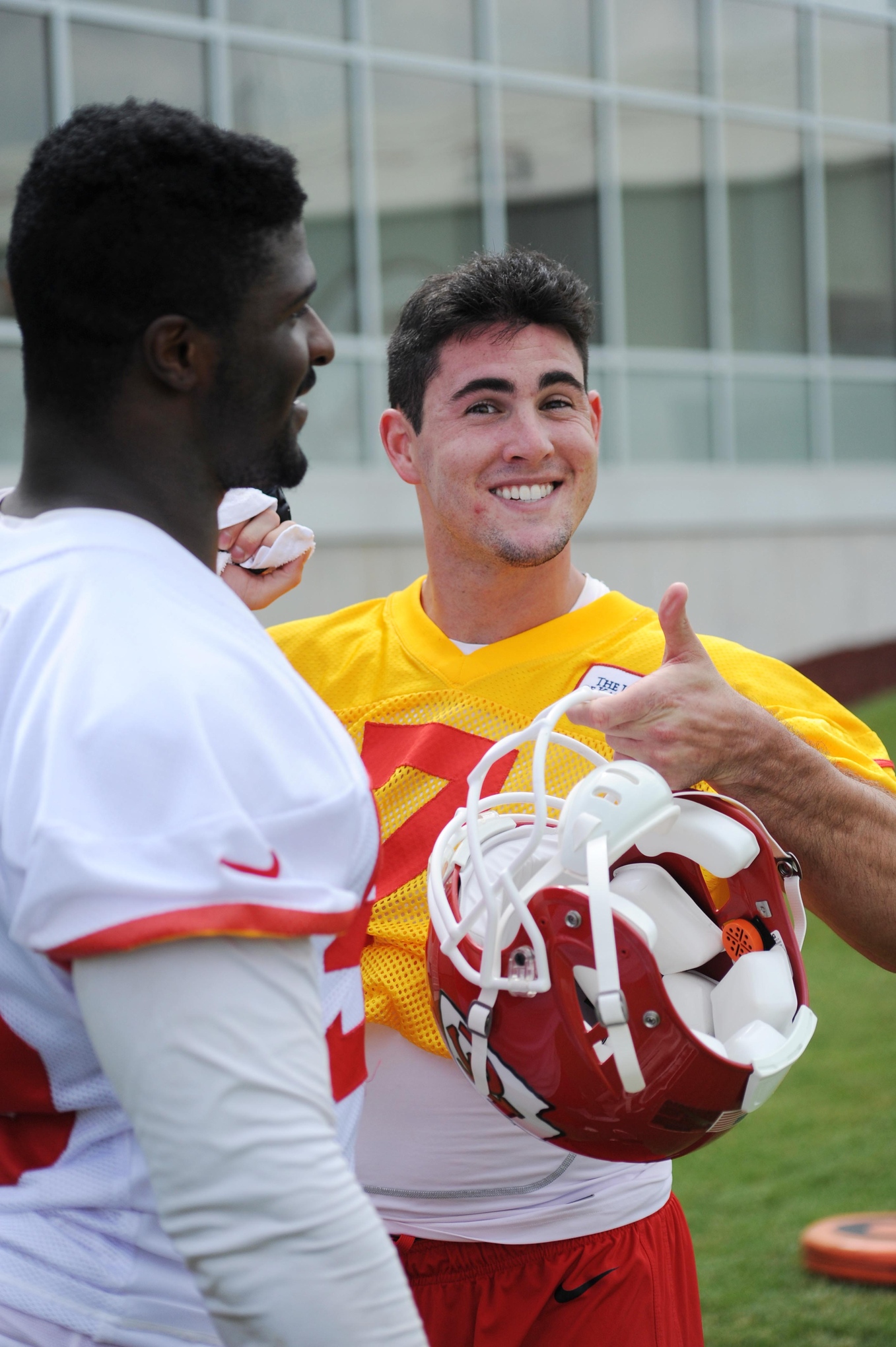