The Chiefs decided to address the secondary depth with a corner out of a Texas school.

Share All sharing options for: Chiefs draft pick Phillip Gaines is physical, has good size and set records at Rice

With the 87th overall pick, the Kansas City Chiefs decided to select Phillip Gaines, a corner out of Rice University.

At 6'0 and 192 pounds, Gaines has the size to play physically at the line, which defensive coordinator Bob Sutton likes in his press-man coverage.

With this pick, general manager John Dorsey bolstered the secondary, a unit which really struggled down the stretch. Kansas City "lost" Dunta Robinson this offseason but added Chris Owens, presumably to play in a nickel role whenBrandon Flowers is on the outside. Gaines will likely be seeing plenty of special teams duty to begin his career, while occasionally getting into sub-packages if he shows enough talent early. Of course we say this before he's set foot on an NFL field.

Gaines is a player that NFL Network analyst Mike Mayock believes can be a corner of a safety, and sees him as a potential developmental starter. Gaines got some attention at the NFL Combine at Indianapolis in February when he ran a 4.38 40-yard dash and leaped 122 inches in the broad jump.

Gaines said some teams have spoken to him about playing safety. Gaines wouldn't answer directly on if KC asked him about it.

Dorsey says there is possibility he could play safety. But ideally they would like him to be depth at corner. 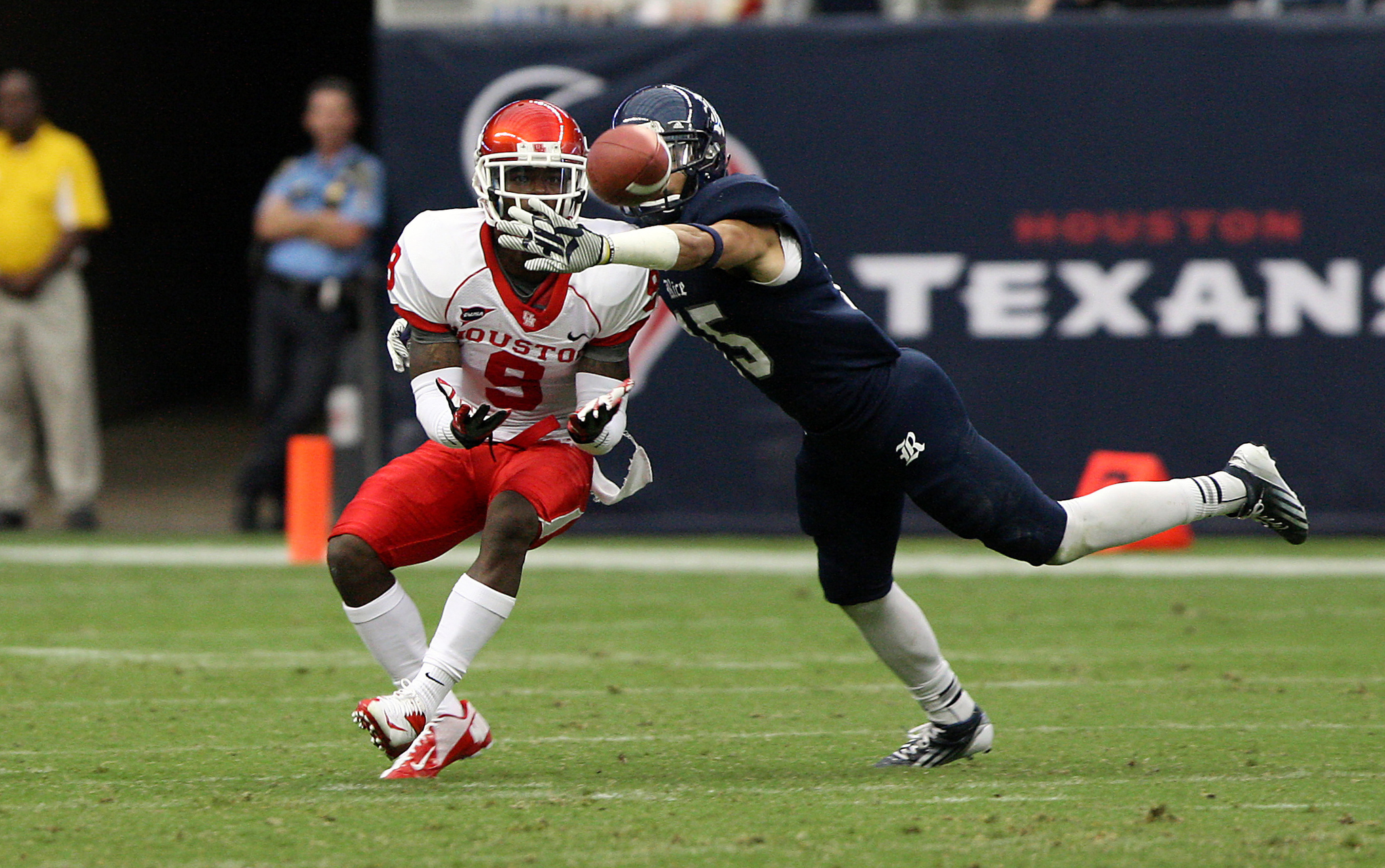 The youngster was able to get on the field as a true freshman for Rice, but saw his career take some turns. In April 2011, Gaines was arrested for having two or less ounces of marijuana, a misdemeanor. He was sentenced to one year of probation.

Gaines said he had two failed marijuana test at Rice.

Last season, he was suspended for the season opener after an undisclosed violation of team rules.

Injury-wise, Gaines is a concern. As a freshman, Gaines broke his right wrist and missed three games. In 2011, Gaines had a foot injury after four games and was granted a medical hardship, missing the rest of that campaign, per NFL.com. However, Gaines has been completely healthy the last two seasons.

Gaines owns the Rice record with 38 career pass-breakups. Last season, Gaines made 36 tackles, picked off four passes and broke up nine. NFL.com's profile also notes he is known as a very hard-worker.

Phillip Gaines a 2-time, All-CUSA selection. Set a school record with breaking up 38 passes in career. Played in 52 games (40 starts).