The Kansas City Chiefs have made the first of their six 2014 NFL draft picks, picking outside linebacker Dee Ford, who played for the Auburn Tigers football team. The Chiefs drafted him with the No. 23 overall pick. He is the rated as the No. 28 overall player, according to Mocking The Draft.

Ford is listed at 6'2 and 252 pounds. He played defensive end at Auburn but looks like an outside linebacker in the NFL. Former NFL player and SB Nation writer Stephen White said that Ford has played enough standing up in college that NFL teams should know enough about him to potentially play linebacker.

This is a move for the future of the pass rush. Justin Houston is entering the final year of his deal and will need a long-term contract, which will be a big one. Tamba Hali has two years left on his contract so adding a pass rusher for the future was something Chiefs fans considered before the draft.

Pass rusher wasn't the most popular pick, not even close. Wide receiver, safety and offensive line were viewed by many as the bigger needs.

Without knowing much about Ford the player, I can't complain a whole lot the position. Pass rush is really, really important. I view it almost like offensive line -- one of those positions I'm never going to be too upset about the Chiefs drafting.

The Chiefs were also said to be wanting to trading back from the No. 23 pick. No word on what kind of offers they had, if any. 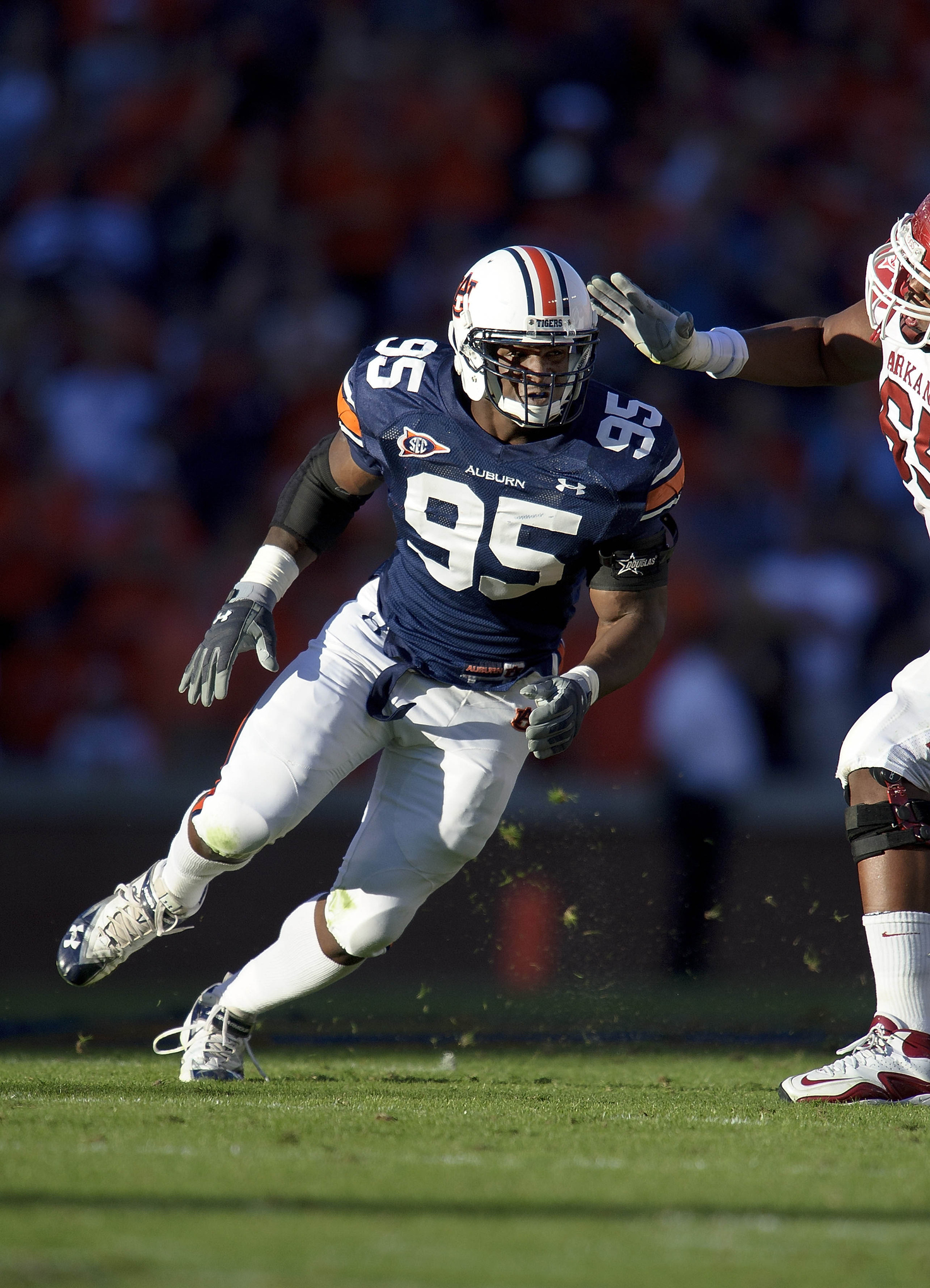 John Dorsey will speak at the end of the third round.

John Dorsey will speak at the end of the seventh round.

Wide receiver: Dwayne Bowe is the only sure thing in 2014. The Chiefs could use an upgrade at Donnie Avery's spot. Weston Dressler currently replaces Dexter McCluster, who was lost in free agency.

Safety: The Chiefs lost Quintin Demps and Kendrick Lewis in free agency. With Eric Berry on the team, the Chiefs need someone to pair with him. Currently, the competition is between Husain Abdullah and 2013 fifth round pick Sanders Commings.

Offensive line: The Chiefs could use a guard and a tackle after losing three starting caliber linemen in free agency. The guard could complete with Rishaw Johnson on the right side. The Chiefs also need a swing tackle, perhaps found in the later rounds.

Cornerback: How much longer will Brandon Flowers be a Chief? The Dunta Robinson experiment didn't work out last year. Marcus Cooper returns as a surprise from 2013. The Chiefs could use another developmental corner with size. They like corners over six feet tall.

Pass rusher: Tamba Hali is getting up there and the Chiefs could use someone to replace him. Also, some pass rusher insurance depending on what happens with Justin Houston, who is entering the final year of his deal.

28 mock draft picks for the Chiefs

3 draft day trade for the Chiefs to consider

Could AJ Jenkins be a late bloomer at WR?

Should the Chiefs take Teddy Bridgewater if he falls?

Should the Chiefs take Johnny Manziel if he falls?