NFL mock draft 2014: Predicting the first round before the real thing begins

On the eve of the real thing, I make a fool of myself and take a stab with this bad boy.

Share All sharing options for: NFL mock draft 2014: Predicting the first round before the real thing begins

I hope you are ready for the NFL Draft on Thursday night, because after more than four months of waiting, I'm pumped. I'm going out and getting pizza and beverages for the evening, sitting down with my Old Man and laughing at most teams picking before our beloved Kansas City Chiefs.

Without further rambling (because at this point everybody is already skipping to the Chiefs pick) here's my final here-comes-the-party-do-you-believe-it-hold-onto-your-hat-say-what mock draft.

Mack is a better fit in Romeo Crennel's defense and has better tape. Mack is the right pick with the top selection.

Robinson is the best offensive line prospect in the draft and makes life much easier for Sam Bradford.

Gus Bradley is a defensive coach and will not pass on this type of potential for a wide receiver.

No team needs a shot in the arm more than Cleveland, which is why it will roll the dice on Johnny Football.

Watkins is by far the best receivers available and will provide Matt Schaub with a great target.

Matt Ryan needs better protections. Matthews is an elite prospect who can keep his blind side clean.

The second Aggie to be picked consecutively, Evans will provide Tampa Bay with another large-bodied receiver to replace the departed Mike Williams.

Carr has gotten a lot of buzz in recent weeks and for good reason. The brother of former No. 1 pick David can scan read defenses and has a massive arm.

Lewan is the third and last of the top-tier tackles in this draft. If Buffalo wants E.J. Manuel to succeed, it must protect him.

The Lions need to bolster their defensive backfield and could do a heck of a lot worse than Dennard.

After declining Locker's fifth-year option, the idea of drafting a quarterback got very real in Nashville. 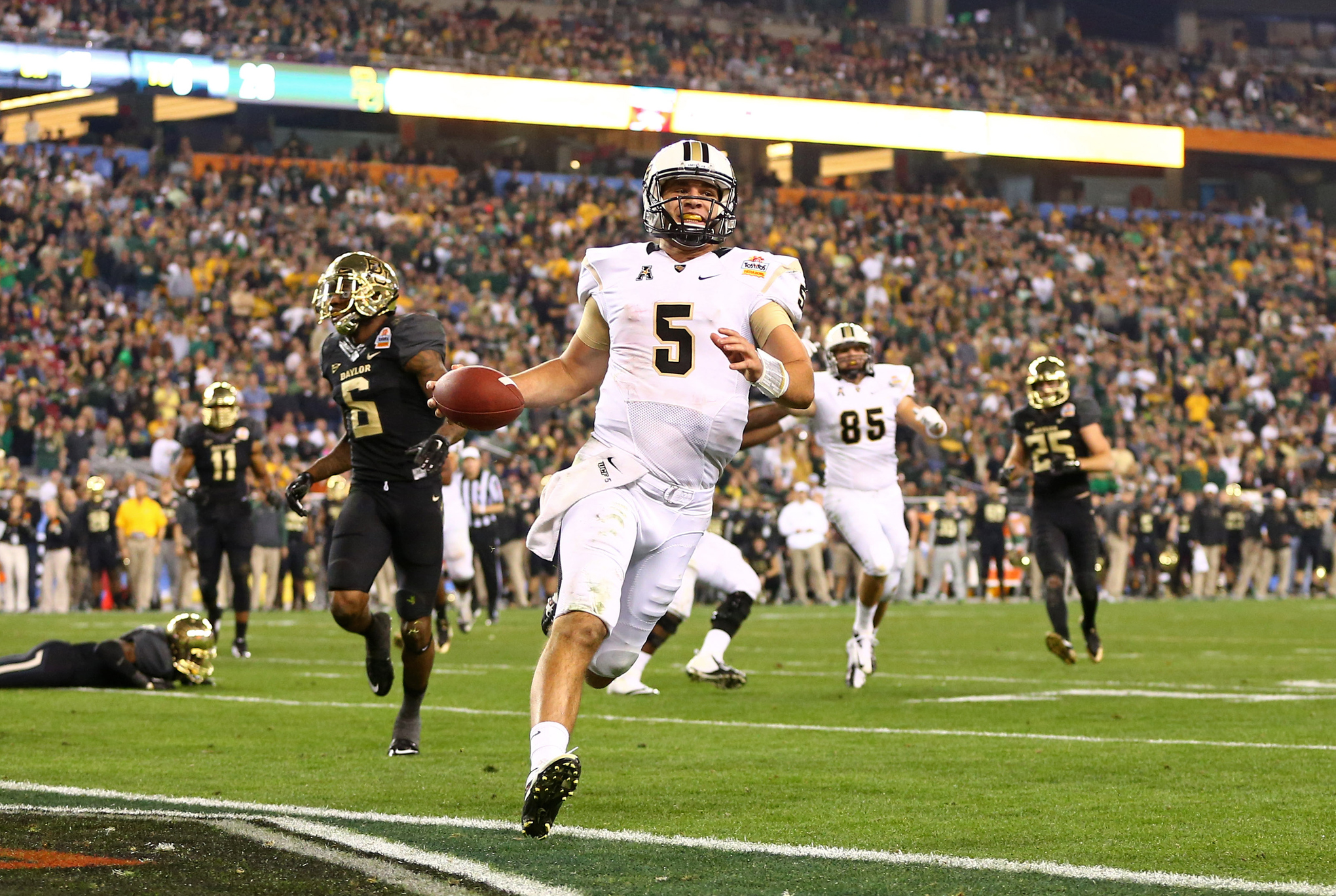 Big Blue could use another target for Eli Manning and Ebron fits the bill as a pass-catcher with athletic ability to spare.

Drafting a top-notch safety makes plenty of sense for the Rams, who need to upgrade behind the front seven.

Donald is a tremendous talent who can slide in next to LaMarr Houston and cause quite the disruption.

Gilbert is a big, physical cornerback who can matchup on the outside. Dallas desperately needs improved defensive play.

Baltimore lost Ray Lewis and Dannell Ellerbe after winning the Super Bowl and could use a stalwart in the middle to replace those losses.

Everyone expects a receiver here, but it will not happen. Rex Ryan is defense-first and the Jets have to pick up a corner after losing Antonio Cromartie.

Joe Philbin must add to his offensive line and can pick up the best guard in the draft.

Barr is a terrific pass-rushing prospect who could create nightmares for the NFC West.

The Packers will be thrilled if Pryor slips to their picks and won't waste time turning the card in.

Chip Kelly will look to replace DeSean Jackson and Beckham provides that burner down the field.

Cooks is the perfect receiver to play in Andy Reid's system. With Dwayne Bowe being more of a possession receiver, Cooks is a true deep threat who can stretch the field. 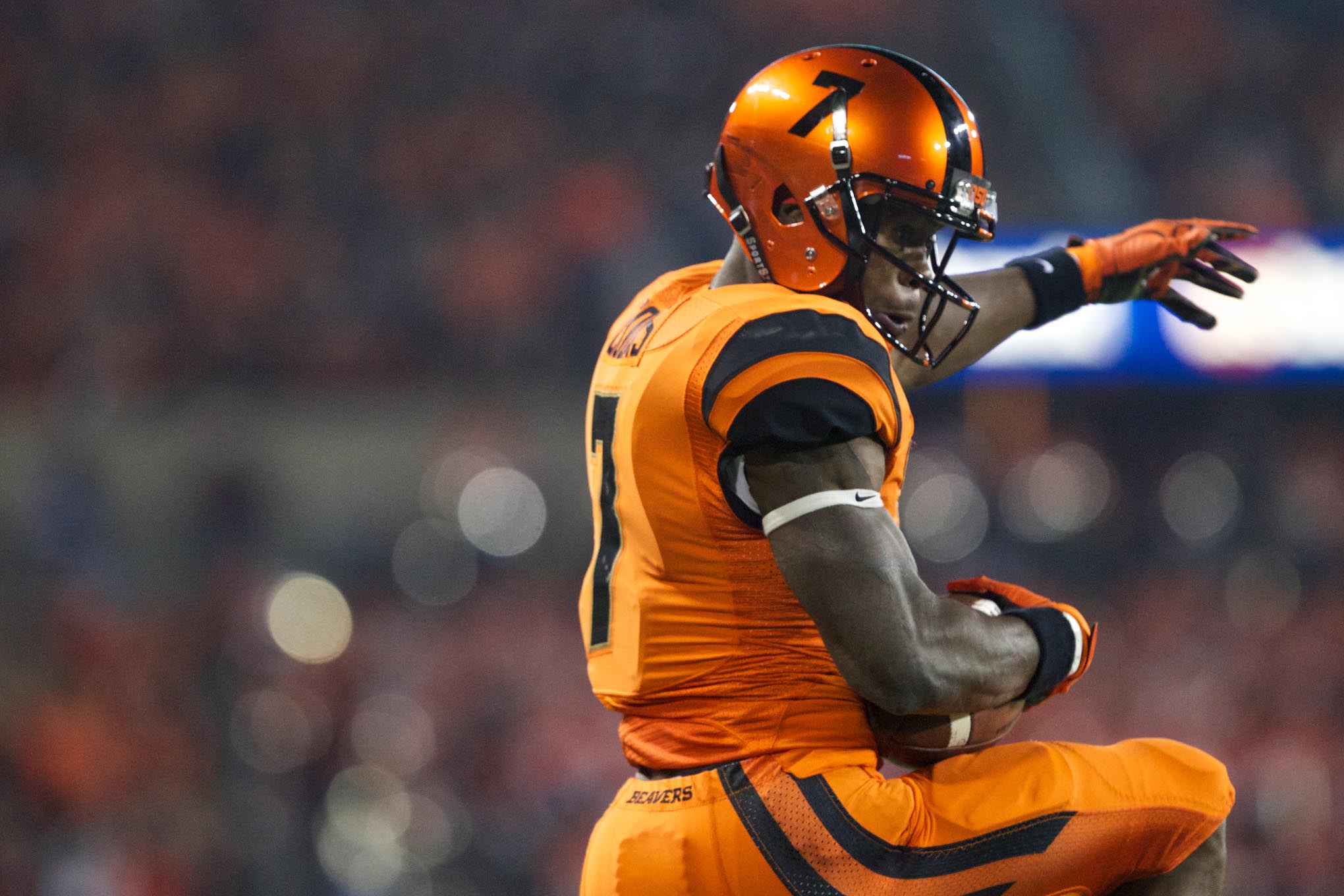 After losing Michael Johnson to free agency, Ealy would make a nice pick for the Bengals.

Roby is the only other top-round talent at the corner position. No team needs a corner worse than the Chargers.

The Browns signed Donte Whitner this offseason but could use a solid partner for him on the back end.

New Orleans is building a nice, young defense and Ford would only add to that mix.

Lee would be a steal for Carolina at this point. The former Trojan would give Cam Newton a shiny new toy.

Jernigan is a huge man who can stuff the run and push the pocket a bit. With Vince Wilfork recovering from a torn Achilles, this would be a great move.

Tuitt provides an athlete on the defensive line who can help the Niners keep playing great defense. Justin Smith is older and the rest of the line does not boost a ton of talent.

After losing Zane Beadles in the offseason, Denver will attempt to replace him with Yankey.

Amaro would give Russell Wilson a security blanket when the play breaks down.