Ammo, San Fran has it. They have so many picks early in this deep that I expect them to move up to get "their guy". If they do stay put look for them to target two players based on how this board has played out:

Kelvin Benjamin WR FSU: As a Chiefs fan, this guy SCREAMS Jon Baldwin. Big, fast, and has ball skills. The same attributes I kept hearing about Baldwin. Funny how things play out since Baldwin is now with San Fran. But this pick would make sense. It would provide them with a deep threat to allow Michael Crabtree and Anquan Boldin to continue to do their thing along with Vernon Davis. Boldin won't be around forever and would provide a great pro for Benjamin to develop under. A receiving corp or Crabtree, Boldin, Benjamin and Davis has the potential to be very special.

Ryan Shazier OLB Ohio St: I'm sure we have all kept with how Aldon Smith is challenging Larry Johnson for humanitarian of the year, but I don't think San Fran has any intention of having Smith back. They find his replacement right here. Shazier ran in the 4.3s or 4.4s at his pro day while adding weight. Coverage skills probably aren't where they need to be but he has the skills to get the QB a lot. 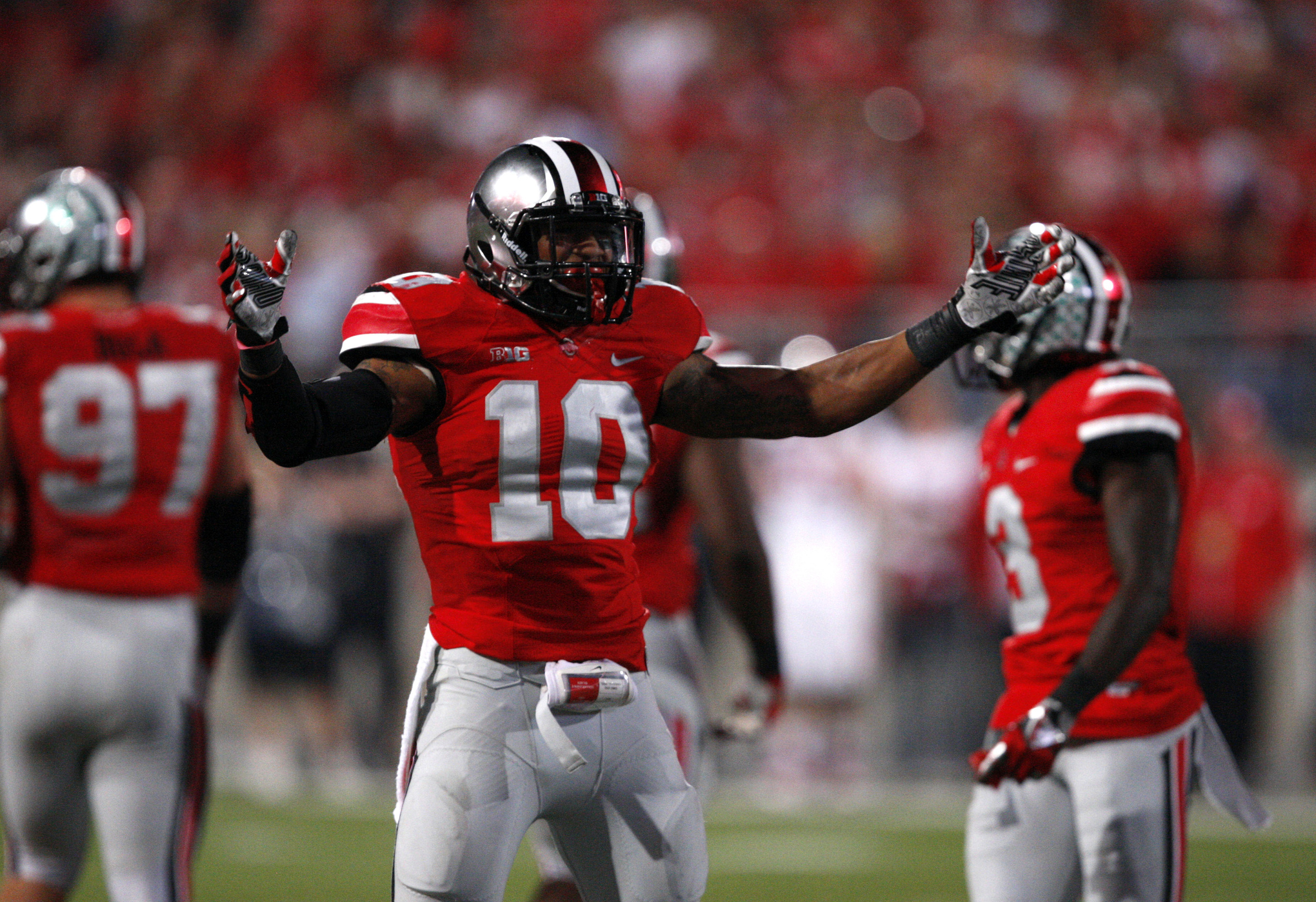 Either of these picks would eventually replace great starters that are in place. San Fran would reload defensive before offence and they would love to be able to get their hands on Shazier and his skills. This might be a bit of a surprise but keeping a top flight linebacker corp  has to be high on San Fran's wish list.