Is Jamaal Charles the NFL's best running back? His teammate thinks so

Jamaal Charles is the best running back in the NFL, according to one of his teammates.

Share All sharing options for: Is Jamaal Charles the NFL's best running back? His teammate thinks so

It should be no surprise that Derrick Johnson calls a fellow Longhorn the best player on the Kansas City Chiefs. Speaking at the NFL's top 100 reaction show, DJ, who was ranked No. 64 on the list, was asked by NFL Network if he would rank Jamaal Charles over Adrian Peterson and LeSean McCoy as the best running back in the league.

Jamaal is so good that this isn't even a controversial statement (though in May with nothing else going on, someone will make it controversial). It's a mere difference of opinion when talking about whether it's Jamaal, AP or Shady as the NFL's best back. 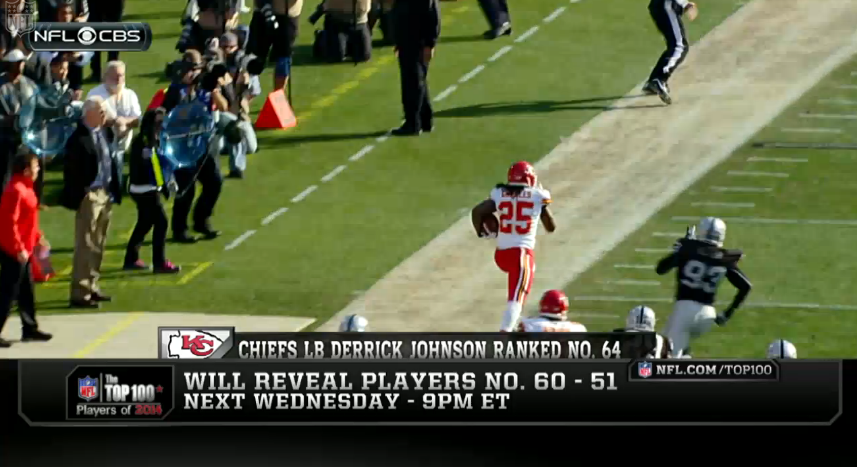 DJ's best point is that Jamaal does more in the passing game than those others do. That may be a function of the offense Jamaal is in but Jamaal was, statistically, the best at catching the ball among that group last season.

As for the entire list of the top 100 players, DJ says Jamaal needs to be in the top five.

"You have to put the Jamaal at the top, top five at least. He's a guy who is a premiere running back, probably one of the fastest in the league, a track guy. Aggressive enough to run over you or run past you.

"Jamaal Charles is our best player on our team and hopefully we can ride him all the way this coming year."

This might be the most biased poll ever, but please vote on the NFL's top running back below.