KC Chiefs GM John Dorsey met the media on Friday for a pre-draft interview. Read on for highlights.

GM John Dorsey said on Friday he believes there will be about four players for the Kansas City Chiefs to choose from when the 23rd pick in the 2014 NFL Draft comes up. But, he explained, that's pending a lot of different scenarios that could untangle.

"Right now, we broke for lunch," Dorsey said on Friday afternoon. "We've been at it since 7 a.m. this morning. We're inth e final preparations of putting this thing together and now what you do is play the hypothetical games. You not only look horizontal, you look vertical.

FanPost: Who are your four?

"So you have to factor that in here but I think there's a certain pocket there. It's really interesting to get a grouping of about four [players]. You can narrow it down to about four that you think ... It's so hard to predict when you're sitting in the back there in the 20s and 30s who's going to fall to you because so many different scenarios can occur." 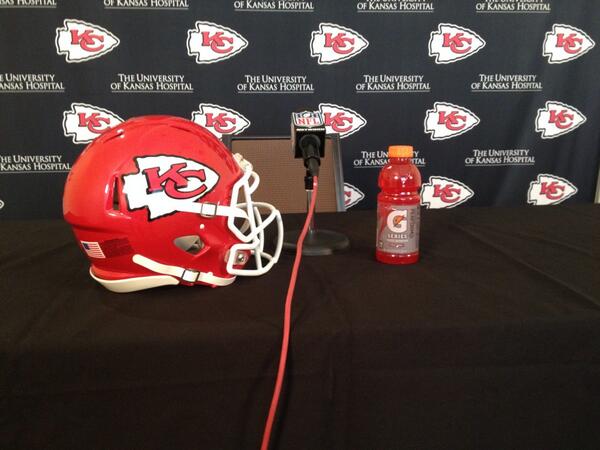 Dorsey said he will talk all 31 other NFL teams ahead of the start of Thursday's draft regarding possible trade talks. Dorsey said it's important to get a sense of the board around not only in case the Chiefs want to move up or down, but if other teams are looking to deal as well.

Dorsey said the Chiefs have 150-175 players on their board in the 2014 draft, which is deep in some positions.

"We all hear stories about how deep it is," Dorsey said. "It's probably the marquee positions where there's depth and it's a large influx of juniors who have decided to come out in the 2014 draft. I think that's what makes it deep."

The Chiefs GM said that someone once told him never to pass up a good player, but he will indeed be weighing offers from other teams regarding a trade back, which is something many Chiefs fans would welcome.