It's no secret that Cleveland has had a fair amount of struggles in the passing game since always. You know what? That isn't fair. Otto Graham was solid enough.

But it's been pretty awful from then to modern day. Bernie Kosar put in a few good years but he was backed by Mack and Byner pounding the rock and a great defense, and the expansion Browns were able to squeeze a solid year out of Derek Anderson, but they haven't had anything consistent since Marty.

Is that on the QB? Partially. They're perhaps the only team more unfortunate in that department than the Chiefs. But I already drafted Johnny Manziel, they have Brian Hoyer, and Alex Tanney can throw footballs places that aren't receiver's hands.

So, what has been the problem? Is it perhaps that they've never had anybody who has put up consistent receiving numbers and that before Josh Gordon their best receiver was the reasonably underwhelming Braylon Edwards? Probably, that's why I'm going to select, with the 26th pick... 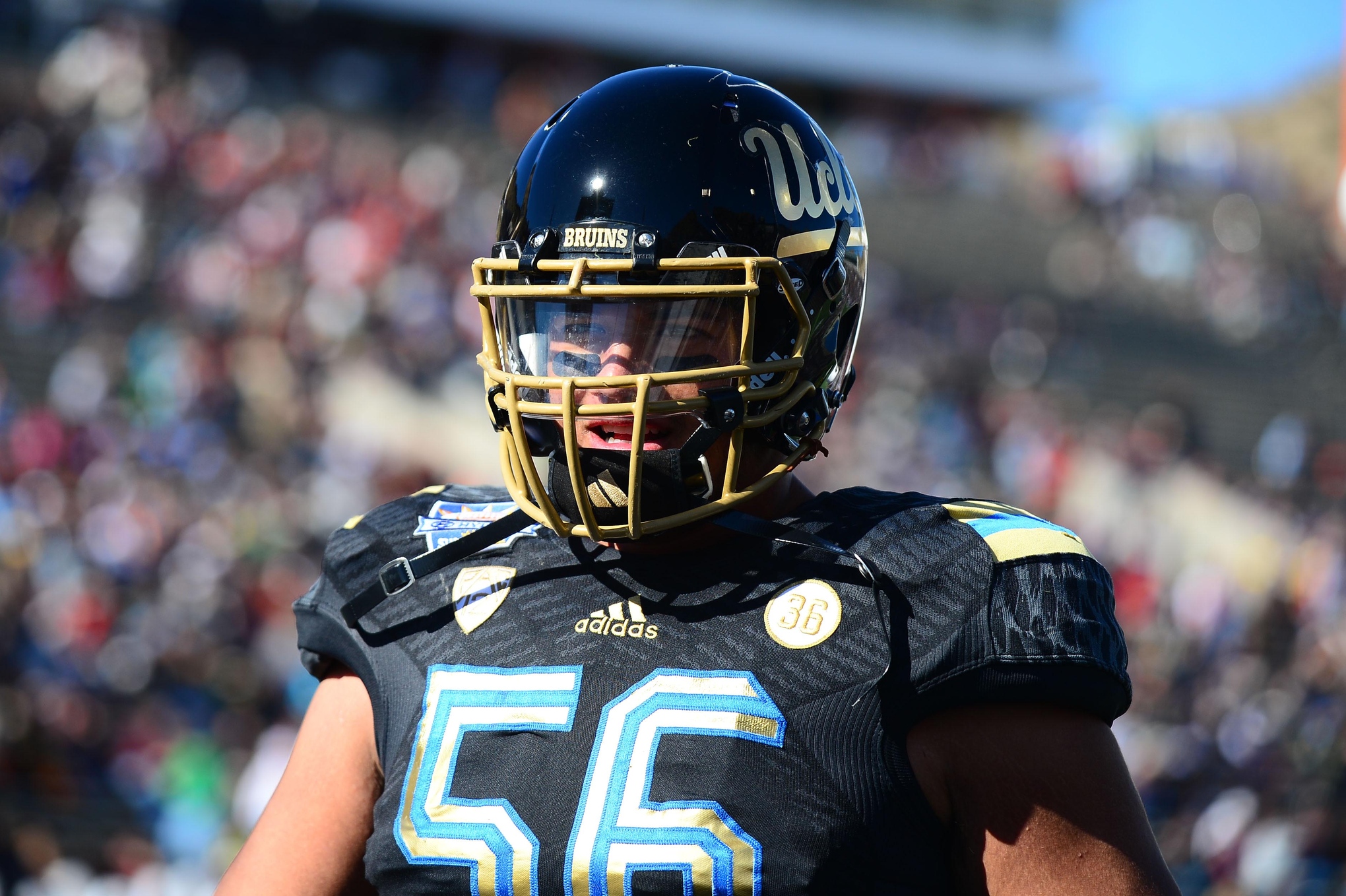 C'mon guys, did you really think I was gonna sell out and take some over-valued ball snatcher? What do you take me for, a nancy? No, wide receivers are un-American. Cleveland has an American problem that needs an American solution. And his name is Zavier Suafilo.

I already know what you're thinking. "NN, how could you take Sooahfeelough when Jay Prosch is still on the board!?" I sat and weighed my options at that thought as well, but ultimately I decided that Su'a BlahBlah's mix of tenacity, athleticism and run-blocking prowess would motor a Cleveland offense that is trying to become more run-oriented in the physical AFC North and ultimately would be the best pick for them.