The KC Chiefs made their fourth round pick, Oregon RB De'Anthony Thomas.

With the 124th pick in the 2014 NFL Draft, the Kansas City Chiefs select Oregon RB De'Anthony Thomas. This is the Chiefs third pick of the draft, behind first round pick LB Dee Ford and third round pick CB Phillip Gaines.

The 5'8, 174-pound Thomas was rated the No. 98 overall player, according to Mocking The Draft. He is an early entrant as a junior. Last season at Oregon, he had 96 attempts for 594 yards and 22 receptions for 246 yards and 10 total touchdowns. He missed four games last season with injury.

Here are his NFL Combine results.

His nickname at Oregon was Black Momba. Who gave it to him? SNOOP DOGG! I mean Snoop Lion. Thomas played in his youth league.

Thomas is a versatile player, who will remind some of Dexter McCluster. Thomas is more of a running back than a receiver but his quickness and speed do remind me of McCluster. Andy Reid was said to really like McCluster coming out of college so it makes sense he would like a similar player.

I do wonder where and how the Chiefs will use him. Could he spell Jamaal Charles in the backfield? Catch passes out of the backfield? Any time at receiver? Seems like there are lots of options there.

One area I would be excited to test him out is at punt and / or kick returner. He did both at times while at Oregon, picking up five return touchdowns over his career.

This NFL.com scouting report sums it up:

A deluxe, specialty back and potential slot receiver with game-breaking return ability, Thomas can be an explosive mismatch weapon in multiple facets of the game. Diminutive stature will decrease the odds he'll be able to stay healthy in the pros, and his commitment to the game will dictate his future success. Rare speed creates a higher commodity on Draft Day.

Here are the best remaining players on day three and here are some players the Chiefs could be interested in. Find the 2014 NFL Draft order here. 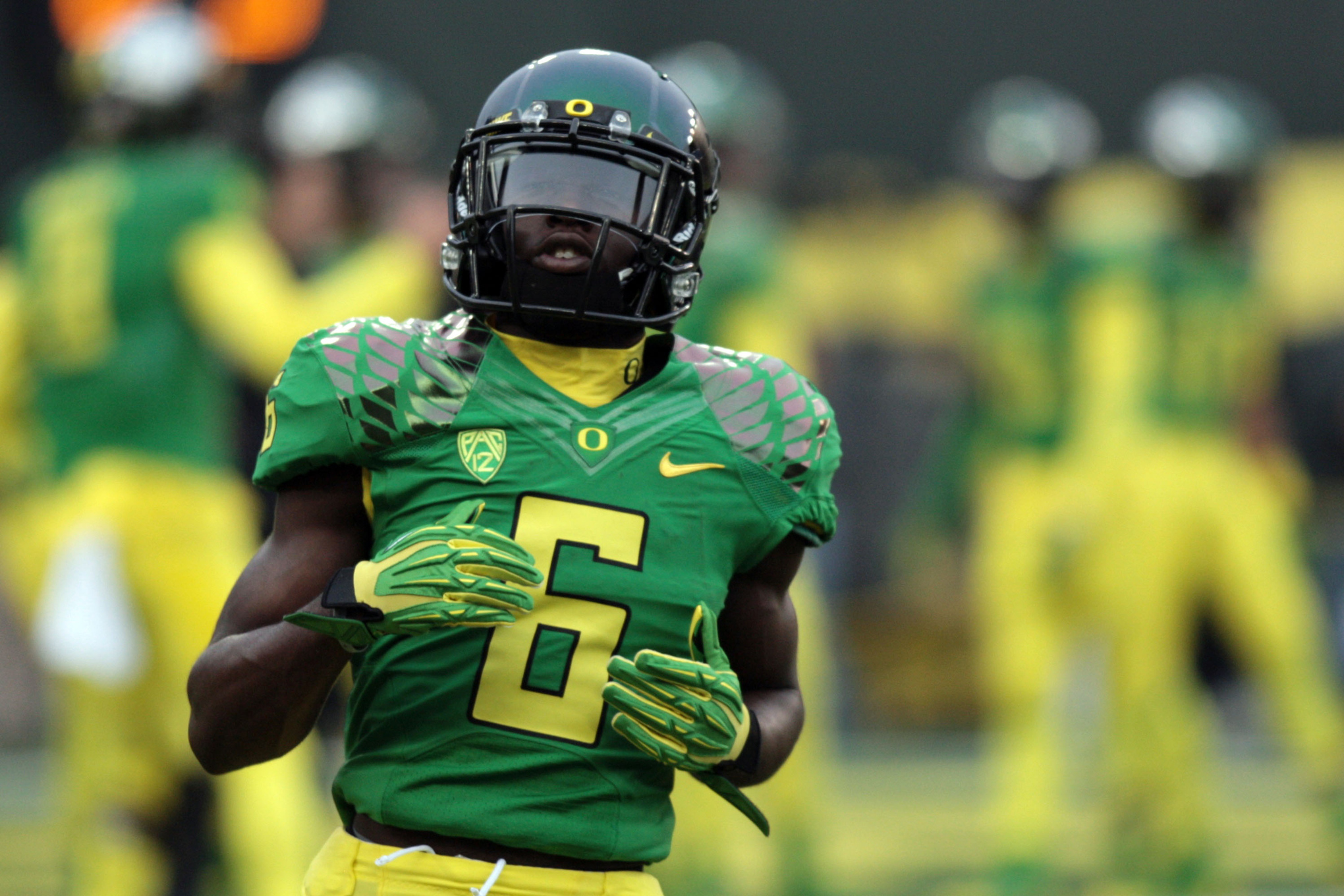 John Dorsey will speak at the end of the seventh round.