Could AJ Jenkins be a late bloomer for the Kansas City Chiefs?

The Chiefs need help at wide receiver and have missed out on a couple free agents. Could A.J. Jenkins be a breakout player at this point?

Share All sharing options for: Could AJ Jenkins be a late bloomer for the Kansas City Chiefs?

For Kansas City Chiefs fans waiting for more help at wide receiver, this offseason has become one disappointment after another. After a bit of inactivity watching other teams feast early in free agency, the Chiefs watched Emmanuel Sanders back out of a reported deal to sign with the rival Denver Broncos. Then came the DeSean Jackson saga in which the Chiefs were interested yet without the apparent cash to make something happen.

To use another sport's analogy, the Chiefs swung and missed. Twice.

Consequently the team is linked to every second-tier wide receiver in the upcoming NFL Draft. From Marqise Lee to Kelvin Benjamin or Odell Beckham Jr. to Brandin Cooks, the Chiefs have taken each in every mock draft around. No matter the differences, each has been picked by KC for one reason: the hole at wideout. Opposite Dwayne Bowe, the team has a major need for someone else to step in (or up).

One sleeper candidate remains in house, a young speedy wideout who has yet to make good on his draft status as a former first round pick. The Chiefs and 49ers swapped disappointing players in the Jon Baldwin for A.J. Jenkins deal, but Andy Reid has been consistently positive about Jenkins potential going forward. Jenkins finished this season with only 8 catches for 130 yards in his first season with the team. This comes after zero catches in his rookie season with the 49ers.

There's little statistical reason to hold out hope that Jenkins could become a major player.

There's little statistical reason to hold out hope that Jenkins could become a major player, but stats can be deceiving in those first few years. After all, there are others in recent NFL history who took some time before becoming a successful NFL receiver. For some, it was a new team. For others, it was overcoming injuries. Most of the time, it came down to a coach who properly schemed for the talents of that particular player. That's why it's interesting to pay attention to Reid's words.

Here's a look at four familiar names who needed some time to blossom in the NFL:

Austin had to wait one more year than what Jenkins has done so far after a disappointing first three years in the league. However it was clear the Cowboys saw enough in Austin's third year to include him in the game plan going forward. A string of nagging injuries cut short his upward trajectory and the Cowboys' investment in Dez Bryant made Austin expendable.

Conclusion: Austin averaged 65 catches, 971 yards and 8 touchdowns over the next four seasons after contributing next to nothing toward the offense for his first three years in the NFL. He's a rare case, but it shows the right scheme could create opportunities for talented young players already on the roster. Also, it helps when you face the 2009 Chiefs defense, who gave up 251 yards to Austin. 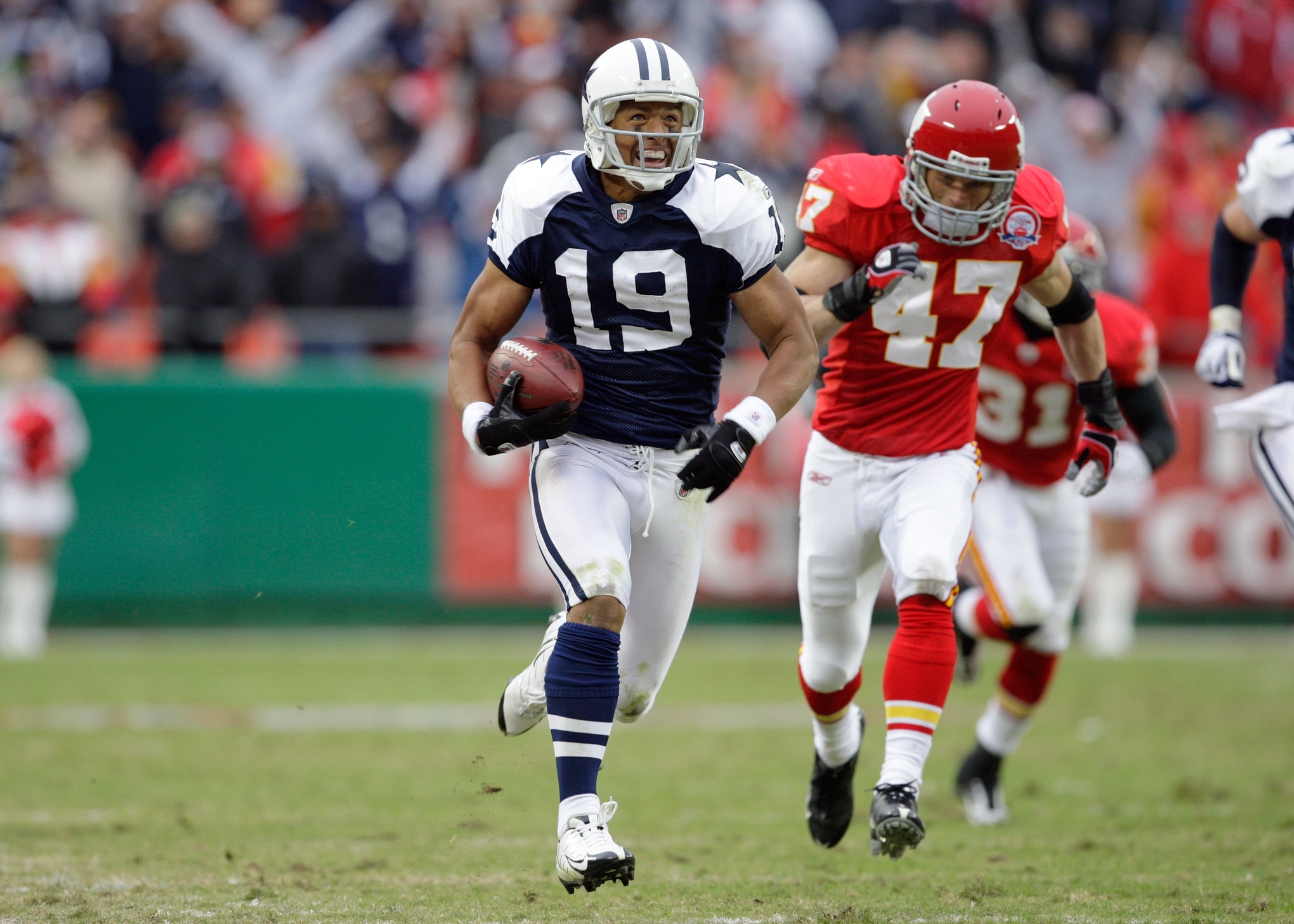 Finneran's climb to productive NFL receiver is longer than most after failing to catch on with the Seahawks and Eagles. In fact, Finneran even played for NFL Europe's Barcelona Dragons in '99. The Falcons took a flier and ended up enjoying the rewards. Finneran's ceiling was never as high as others on this list, but he was a fine possession receiver for several years for Atlanta. Unfortunately injuries to knee ligaments limited him from a more productive career.

Conclusion: When Finneran found the slot role and favor of Michael Vick, he proved a great ability to move the chains and gain valuable first downs to keep the offense moving. Again, Finneran proved that a receiver needs the right fit to thrive. 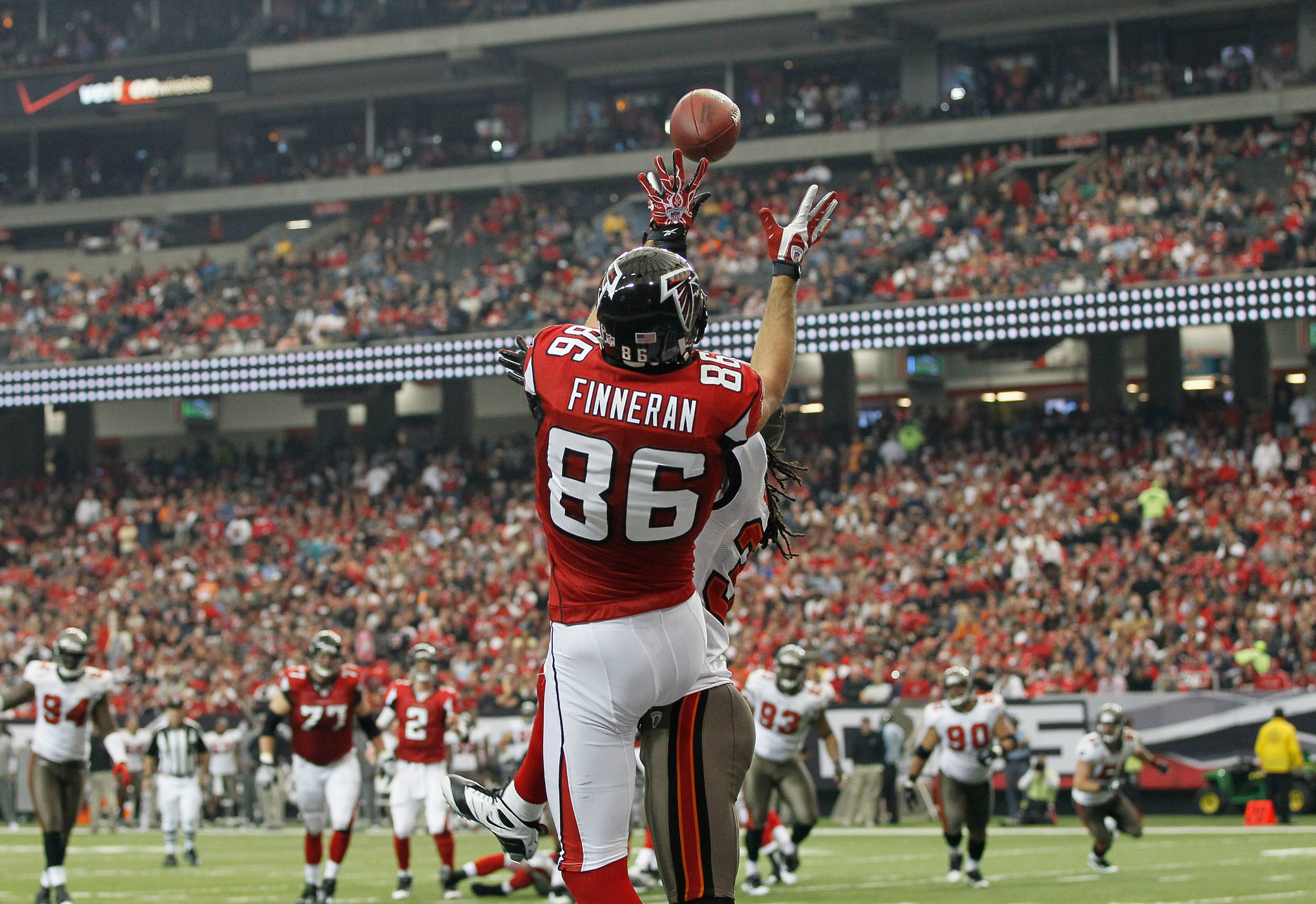 This story is an unfortunate one for Chiefs fans, but it's hard to find a better late bloomer at wide receiver in recent NFL history than Joe Horn. After four seasons in Kansas City, the Saints signed Horn as a free agent and enjoyed the spoils of four Pro Bowl seasons, 27 100-yard receiving games and 50 touchdowns in seven seasons. In his first five seasons in the Big Easy, he averaged an incredible 87 receptions, 1,258 yards and 9 touchdowns.

Conclusion: This is the outlier, a player who had four receptions in his first two seasons yet becomes a member of the New Orleans Sports Hall of Fame after a change in scenery. Hard to draw many conclusions here since Horn was a bit deeper into his career, hit free agency and a team took a chance. Still, if Chiefs fans are going to hold out wild hopes for Jenkins, this is the comp they want to make. 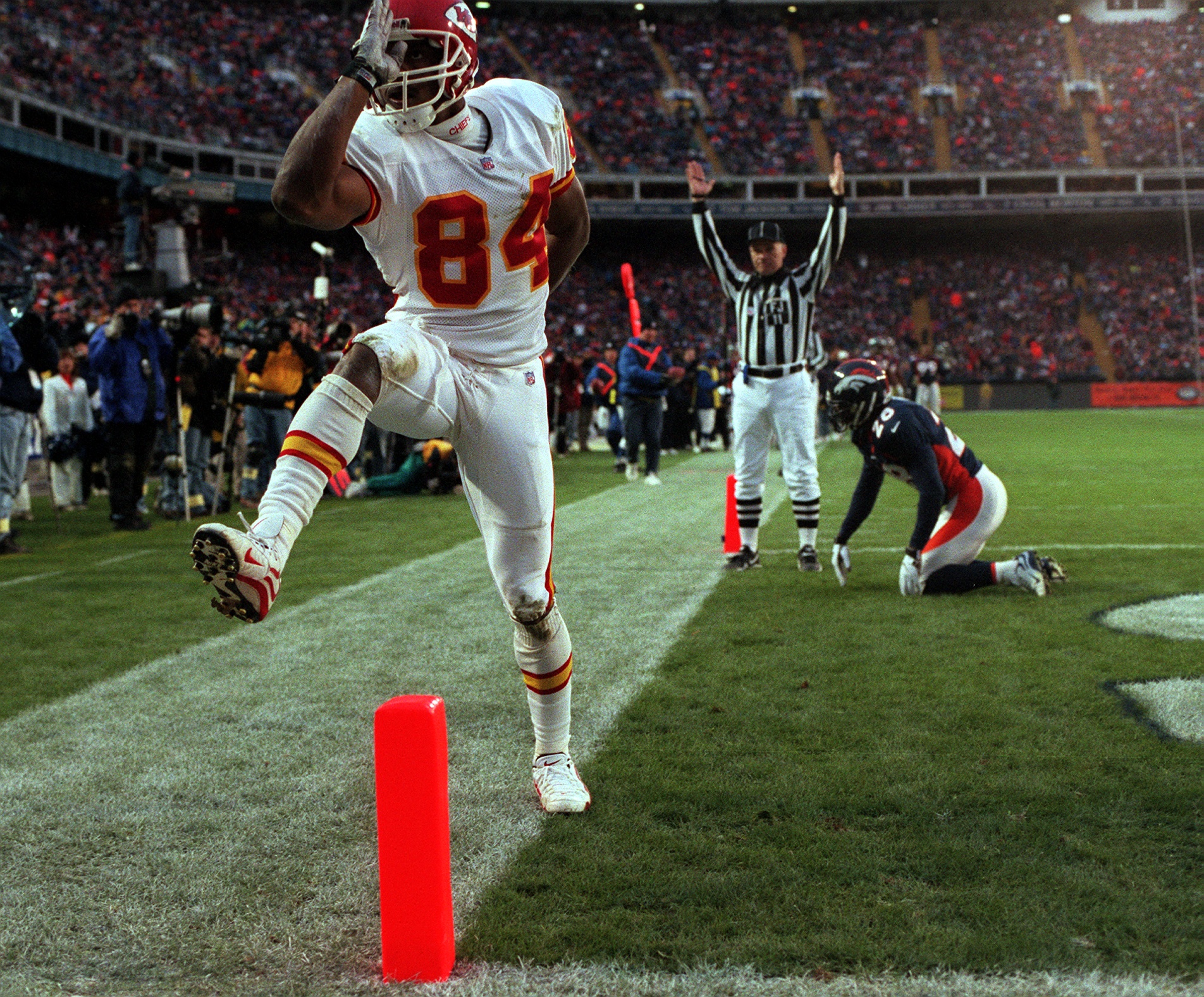 This one is interesting because Johnson is rumored to be a potential candidate for release from Buffalo. However, he's also a great test case here in that he was limited early in his career by inexperience and a rib injury in 2009. Starting in 2010, however, he broke out and became the first Bills receiver to ever have back-to-back-to-back 1,000 yard seasons. Given the opportunity, he became the dependable target the Bills desperately needed at wideout.

Conclusion: Sometimes it's all about opportunity. The Bills needed someone to step up since Lee Evans couldn't stay healthy and Terrell Owens left. Jenkins sits in the same position, barring other moves by John Dorsey and could find success if he can step into the void. 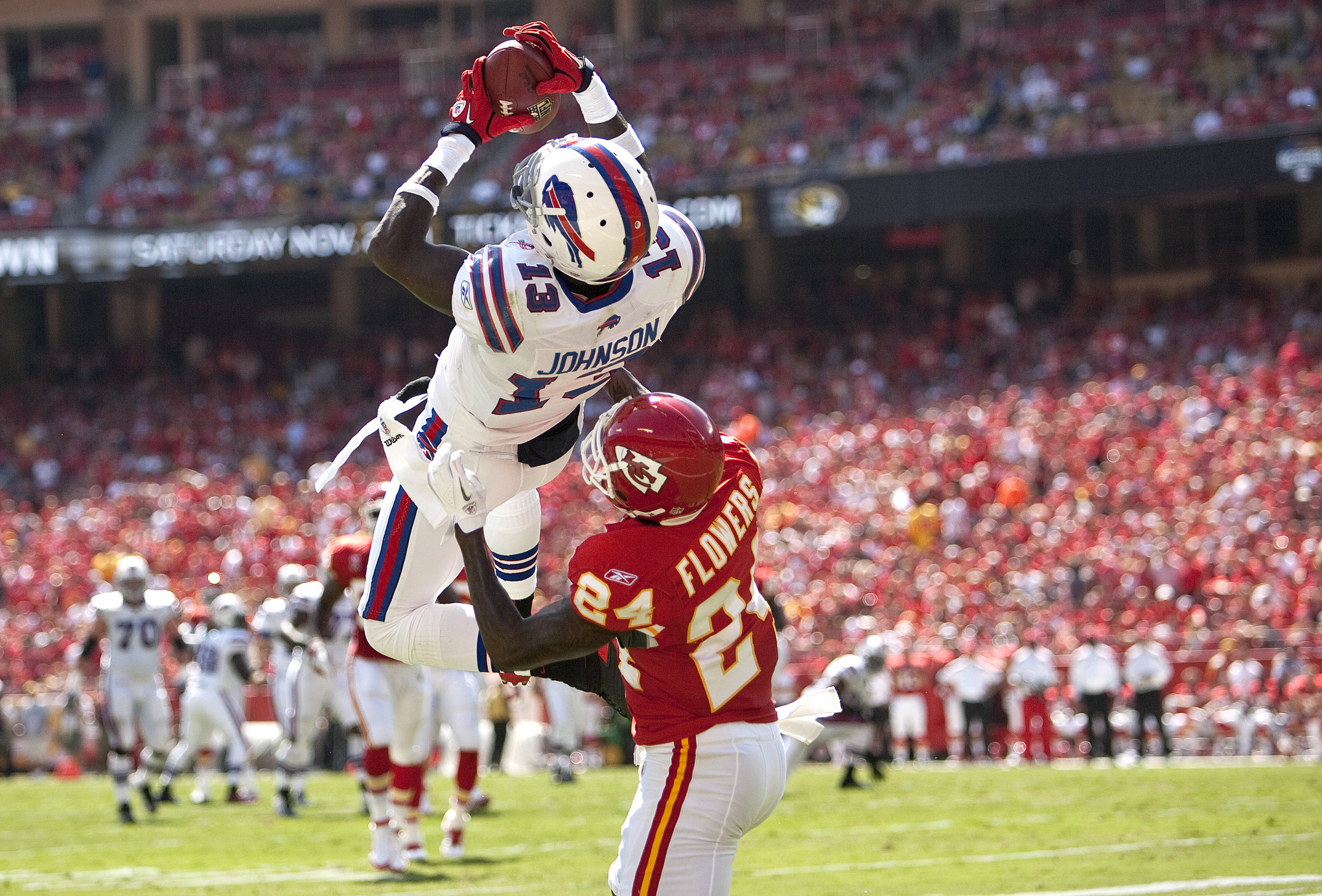 What does all of this mean?

Let's be honest about these results: they are the best of the bunch and I had to pass over scores of names of forgotten players who never "made it" in the NFL. Jenkins is more likely to bust than boom simply because of the numbers involved. However, it also shows that anything is possible and if Reid is committed to including Jenkins in his offensive game plan, then the Chiefs might already have some real help on the outside going forward.

Maybe all A.J. Jenkins needs is a real chance.