The New York Jets are coming off of an average finish of 8-8 this past season. You have to give Rex Ryan quite a bit of credit getting his team to .500 after early season predictions had them finishing near or at the bottom of the league.

To get this team back to the playoffs and contenders in a division that includes the improving Patriots, Bills and Dolphins, the Jets need upgrades at a number of positions. Last year's offense was woefully under talented and finished ranked 29th in total offense and 31st in the passing game with a mere 13 TDs. The Jets come into the draft with needs at WR, OG, OLB and CB.

With the off season acquisitions of Eric Decker, reuniting Michael Vick with Marty Mornhinweg they have made a good start at addressing their offensive needs. G and OLB will be addressed with deeper round picks. This leaves CB and WR. With a deep draft at WR the ideal pick here would have been Darqueze Dennard taken at No. 14 by the Bears. The Jets with the No. 18 pick overall upgrade with an offensive weapon and select the 2013 Biletnikoff award winner Brandin (Sonic Boom) Cooks. 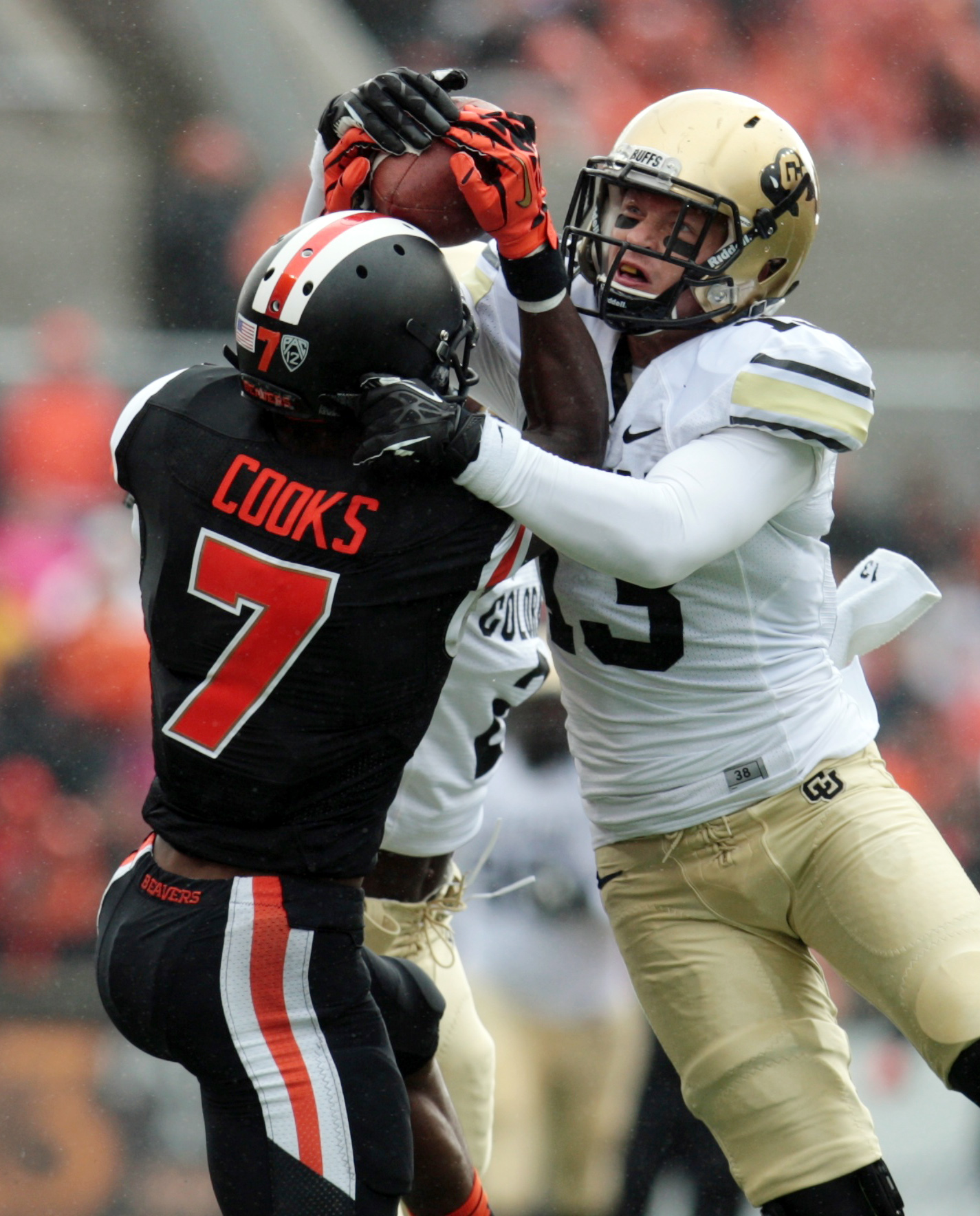 Strengths - Cooks has never missed a game at any level and is a tough guy. He has explosive feet and a natural burst that will help him get open early on plays and also has good open field vision and a hesitation that allows him to get separation. He has great acceleration and speed to burn after showing a 4.33 at the combine. He uses his hands to catch balls out of the air instead of using his body. And he is a team leader in the locker room with a professional attitude and work ethic. With his experience on punt and kickoff returns you can expect him to be utilized on special teams as a returner.

Weaknesses - Cooks lacks the ideal size for todays wideout. At 5'-10" 185 lbs he has been known to struggle with physical defenders and doesn't show the body strength to fight for position and the ball. He is a bigger but not quite as fast version of Tavon Austin. Some have compared him to DeSean Jackson who is the same height but lighter and identical 4.33, 40 times.

Although coming out as a junior, Cooks has the speed and physical talent to become a star in the NFL. I see him being used in the slot opposite of Eric Decker to create mismatches but also can be used on the outside to stretch the field. With Michael Vick possibly throwing him the ball I can see a very good rookie season taking short passes and turning them into long gains.