No doubt this guy is on the list of players that will be covered by our illustrious regular contributors ... but with all do respect, you don't wear The Ring. What ring? No, that isn't some Lord of the Twilight Potter Werewolves thing. It's a reference to the class ring handed out to Citadel cadets in their senior year. Every school has a class ring, but very few put the same emphasis on it that the Citadel does. Why is that important? Because both Andre Roberts and myself wear The Ring. 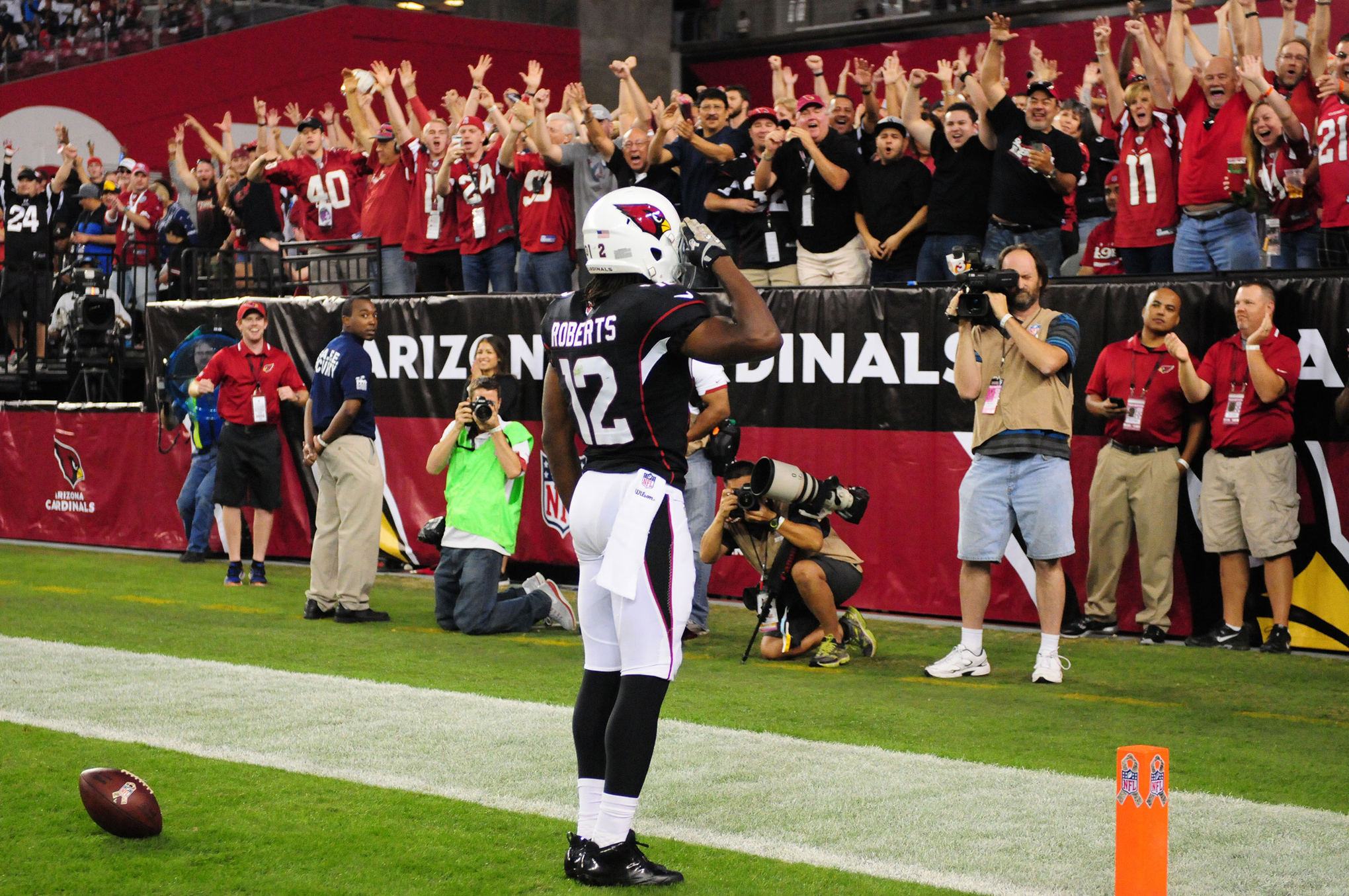 There are very few Citadel alums in the NFL history books. Currently, the NFL only has two active players from there: Andre Roberts and Cortez Allen (CB - Steelers). It's a small school that doesn't attract many top prospects. Turns out that most people aren't overly thrilled about having to wear a uniform all the time and being hazed mercilessly ... I mean, rigorously encouraged to perform better ... on a daily basis. So when a guy emerges from El Cid into the ranks of professional sports, you can be sure that it is a result of a lot of hard work. It's not often that we have a guy to cheer for.

Andre Roberts is a prime example. I've only met him once (and was impressed by him) since I had already graduated before he enrolled. But several of the underclassmen that I ... rigorously encouraged to perform better know him pretty well. The mental makeup is there. He's a quality person, intelligent, and an extremely hard worker. So the intangibles are there. He has shown this at the NFL level as well. He shadowed Larry Fitzgerald early in his career, earning the nickname "Little Fitz" from a lot of the Arizona fan base. Roberts has dedicated himself to becoming a quality WR, and that dedication has shown up on the field.

Roberts has been a productive WR during his time in Arizona. 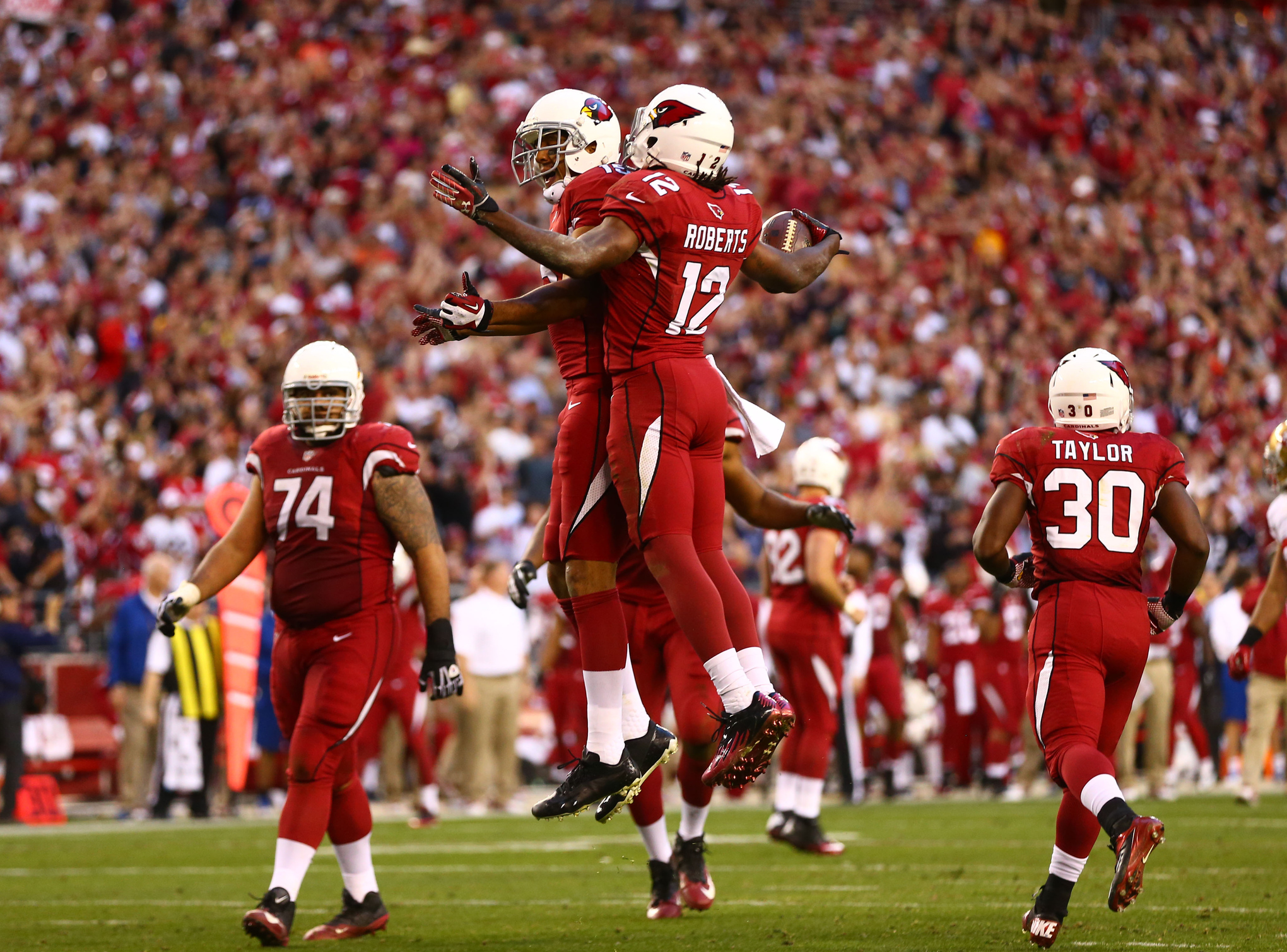 His best season was in 2012 when he was asked to step up with a banged up Larry Fitzgerald and a not-yet-developed Michael Floyd. Roberts answered with 113 catches for 759 yards and 5 TDs. This was done with an historically bad QB situation on top of things. His numbers tailed off last year when Michael Floyd emerged, but Roberts still easily outperformed most of the WRs on our roster.

Roberts fits the small and shifty WR role that Andy Reid seems to have a habit of bringing into his system. While not blazing fast, Roberts does have enough speed to get away from defenders, and is able to create separation through his route running and short area quickness. He also possesses quality hands and toughness that comes in handy in those short areas. He is able to get on top of a defense as well and beat them deep. And his quickness and speed make him a dynamic reverse option. He has also seen time as a PR and KR which gives him that added ST experience that our front office and coaching staff have shown they appreciate.

So if he's such a talent, why is he out in Arizona? Well, there are two reasons. The first is that the Cardinals feel confident with Michael Floyd and Larry Fitzgerald. We've seen a similar situation in the past for Arizona when they had three quality WRs in Fitzgerald, Anquan Boldin, and Steve Breaston. The organization has already tied up a lot of money in their top 2 WRs, so it makes more sense for them to try and draft a replacement than to pay Roberts. The second reason is that Roberts simply is not a part of the new regime. A lot of Whisenhunt guys are being let go (we really should send a 'thank you' card or a gift basket for Sherman, by the way), and Roberts just appears to be next in line there. It has nothing to do with his talent since he's already shown what he's capable of when given the chance. 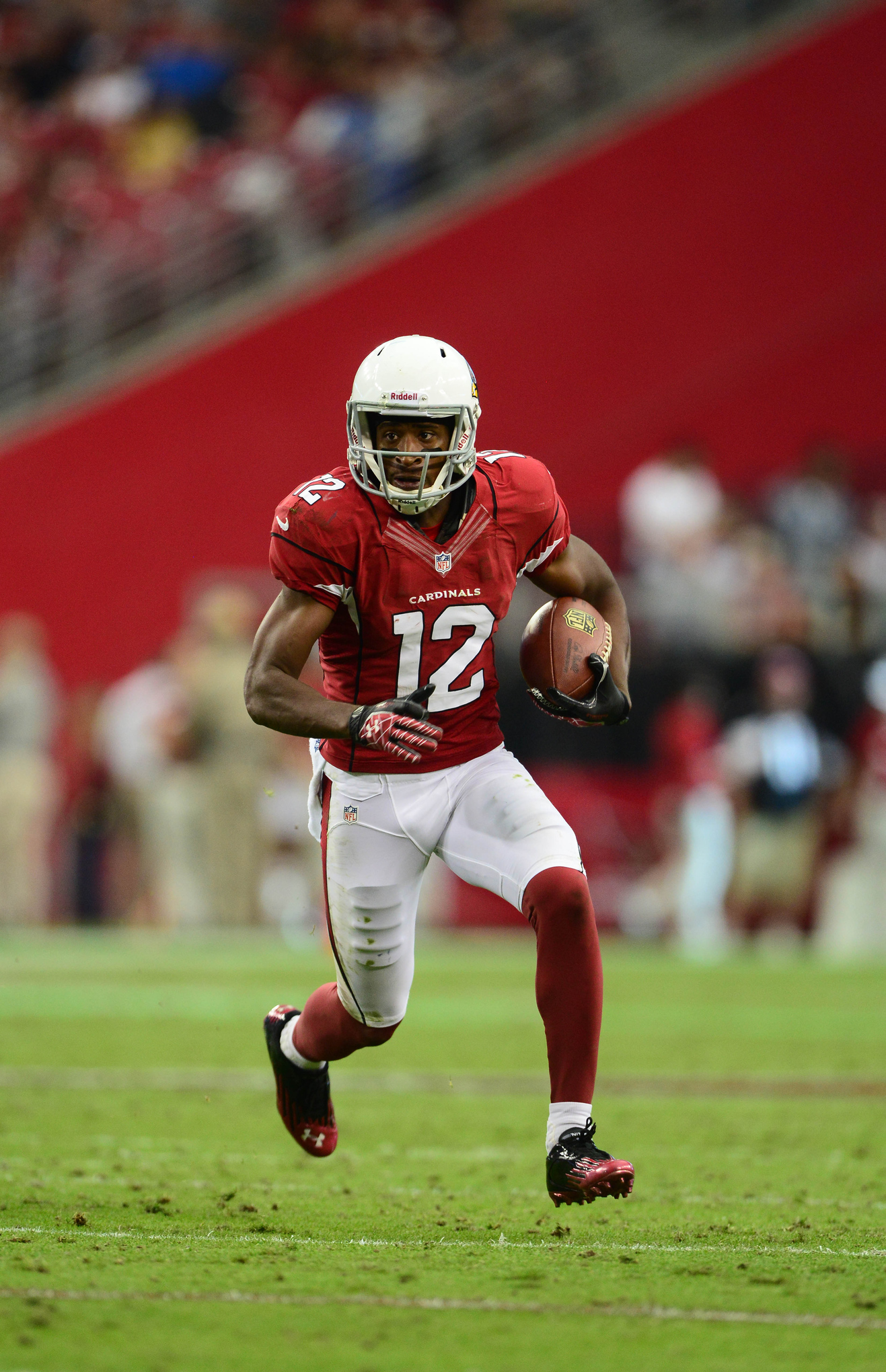 Ok, so it seems like he's more a victim of circumstance in Arizona. But if he's so great, he's gotta cost a lot, right? Well, probably not. With his marquee season being over a year ago, it's unlikely that Roberts will get the high end attention. Guys like Emmanuel Sanders, Hakeem Nicks, Erick Decker, and (potentially) DeSean Jackson or Steve Smith appear that they might be stealing the show in the free agent market. That means a team that has done its homework, and isn't looking for a top tier guy, can target Roberts early and get him on a pretty reasonable deal. Chances are that he would get a contract similar to that of Riley Cooper (5 year/$22 mil, $1.8 mil cap hit in 2014) at the absolute most. Well worth the money if you ask me. Especially since having a guy like Roberts means you can cut Donnie Avery. Now that (potential) $1.8 million cap hit gets dropped down to a $500,000 cap hit. I'll take that. 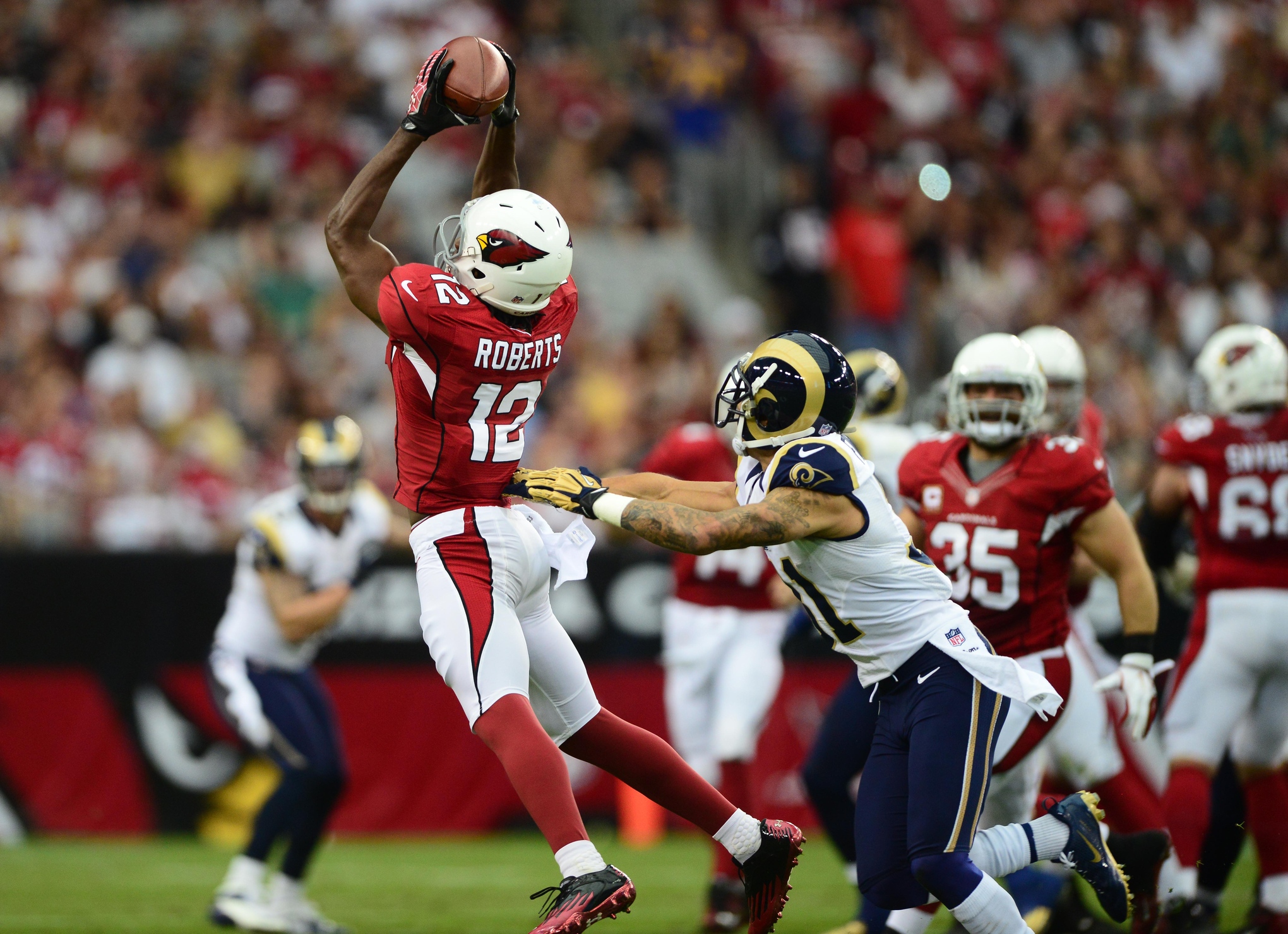 Roberts is a guy who can easily be a No. 2 WR on most NFL teams. He would certainly take the job here in KC and be an upgrade over what we have in house as a No. 2 option. And coming into what should be the peak years of his career, the Chiefs are in a great position to grab a relatively low cost player with high potential. Besides, I'm looking to buy a new Chiefs jersey and this one would quickly move to the top of my list.

And yes, there will absolutely be a sequel to this article next year when Cortez Allen becomes a Free Agent.