Husain Abdullah, back in Kansas City, eyes larger role with Chiefs in 2014

Everyone knows the KC Chiefs lost five players in the first two hours of free agency, but they did sign one, too. Read on for an interview with KC Chiefs DB Husain Abdullah, who inked a 2-year deal in Kansas City this week.

Share All sharing options for: Husain Abdullah, back in Kansas City, eyes larger role with Chiefs in 2014

Kansas City Chiefs defensive back Husain Abdullah was a free agent for about two and a half hours. The Chiefs signed him to a one-year deal last year, which expired at 3 p.m. (Arrowhead Time) on Tuesday afternoon. By 5:35 p.m. that evening, Abdullah tweeted that he was back in Kansas City.

In a phone interview on Wednesday night, Abdullah told me that loyalty factored into his decision to sign a two-year deal with the Chiefs on Tuesday. Abdullah, a practicing Muslim, missed the 2012 NFL season to go on a pilgrimage to Mecca. Upon his return to the NFL, the Chiefs were the first team to call.

"It's a great organization, great people, from coach Reid, [assistant coach] Al Harris, coach [Dave] Toub," Abdullah said. "It was a really good atmosphere where everyone was jelled together. Everyone had that common goal of winning. The work environment was good. We started 9-0 right away so of course everything was perfect ... but it was cool going into work even after losses."

"I would have to assume that my role is going to be expanded. To what extent? It's just a wait and see." -Husain Abdullah

Abdullah returns to a Chiefs secondary that will be seeing plenty of changes in 2014. Currently free agents are Kendrick Lewis and Quintin Demps, both regular contributors in the secondary. With their departure, there's an opening for Abdullah to carve out a larger role, something he hopes to see happen.

"It's still a wait and see because of who we bring in, what happens in the draft and how things shape up with OTAs, minicamps and training camp as well but I would imagine that I would have an expanded role."

Abdullah's main contributions last season were on special teams and early on coming in on third and long situations. He also played some press nickel cornerback, which you don't see from a safety very often. He talked about showing in the Chargers game and the playoff game against the Colts that he can play his role, "and play it effectively".

"I would have to assume that my role is going to be expanded," Abdullah said. "To what extent? It's just a wait and see." 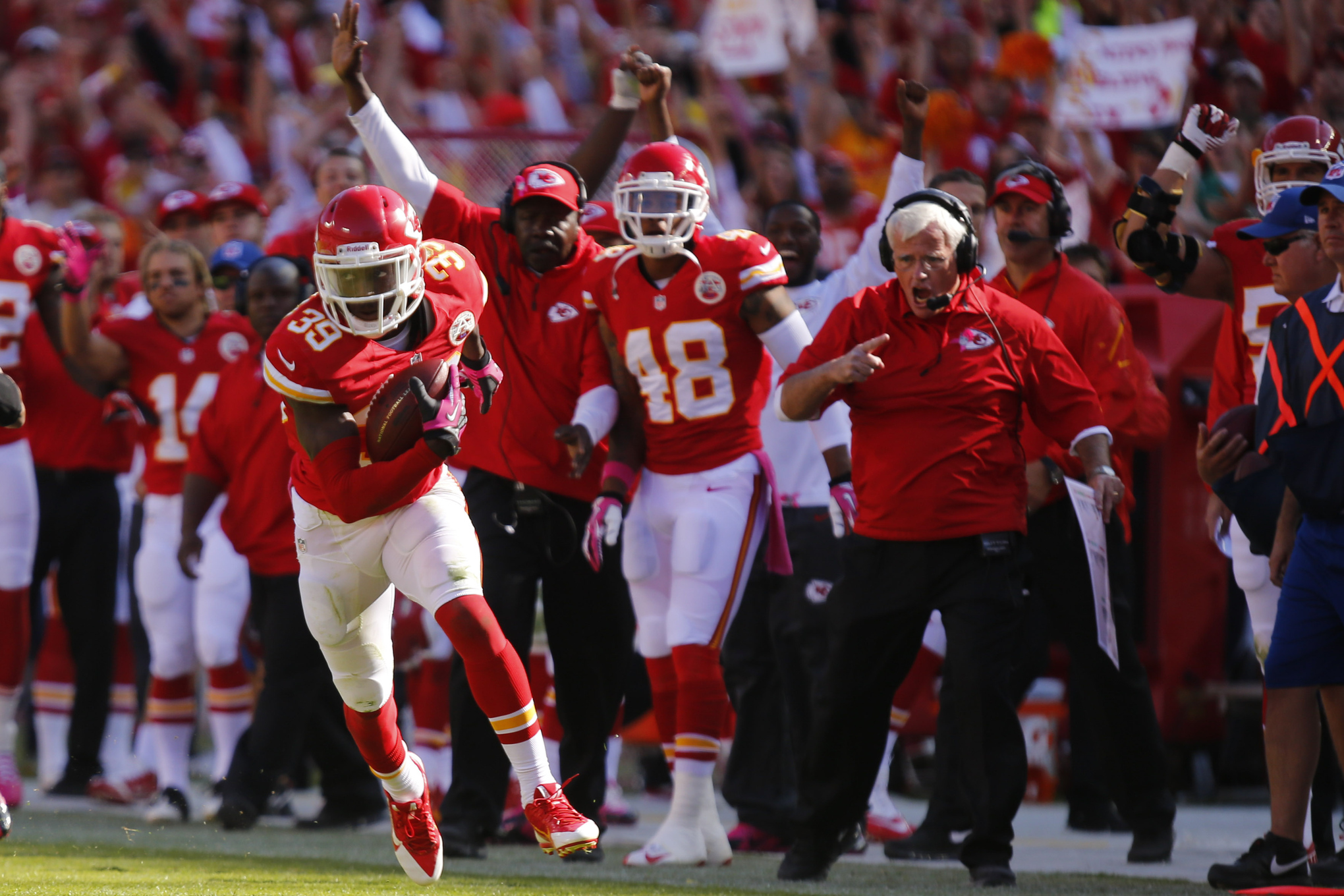 The Chiefs could sign someone in free agency that affects him. Or draft someone. Or pick up a roster cut before the season. Lots of things can happen and GM John Dorsey is known for looking in every nook and cranny for prospects.

I asked Abdullah what it was like knowing the Chiefs are always just one free agent signing or one draft pick away from finding his replacement.

"As an undrafted free agent (Abdullah went undrafted in 2008), you have to remember there was a point in time where Jerry Rice got cut, where Brett Favre was let go, Peyton Manning, Hall of Fame guys. We just watched Champ Bailey get cut and DeMarcus Ware. This guy could be my replacement, and if he is, so be it. I'm going to pass on whatever I can to that person about the game."

He added: "It's not a personal thing. It's a business. When you can get over that .. it's easier to be content with it."

Lots of those roster cuts are going on right now in the NFL free agency period. Abdullah said the start of free agency has become like National Signing Day in the college game.

"Just sitting back watching everything unfold, it's crazy the way it went down this year," he said. 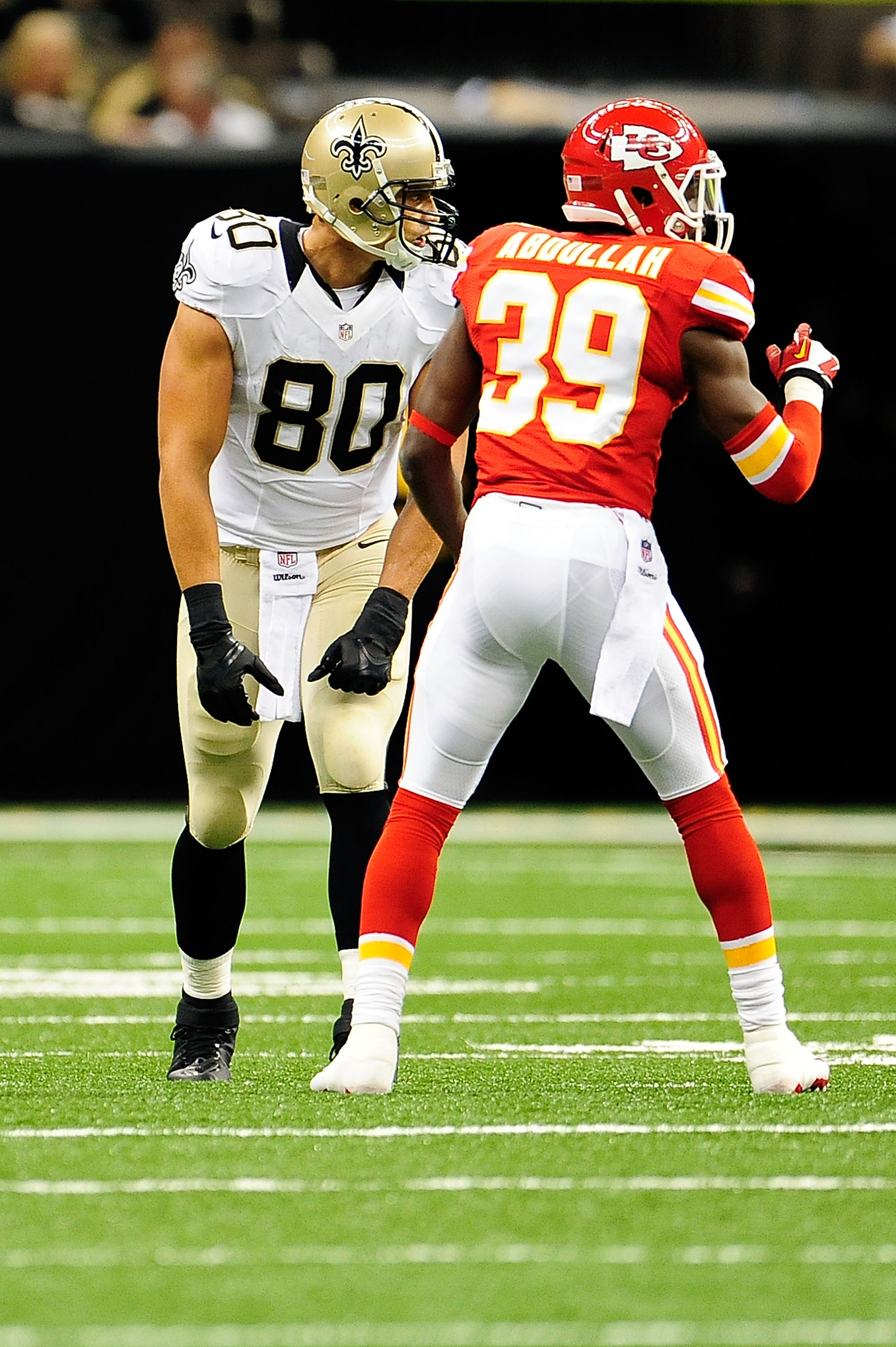 One of the crazy things, according to Chiefs fans, is that the team has been relatively quiet in the first few days of free agency. Five Chiefs signed elsewhere for about $120 million in new contracts within the first two hours of free agency. Abdullah called himself an educated fan in that he's in the business and knows how this works.

"We lost some guys and key players but when you have good years, that's what happens," he said. "People want those guys on the team."

One of the most active teams are in free agency has been the Denver Broncos. They're signing everyone, or so it seems. Besides Aqib Talib, they've locked up DeMarcus Ware and TJ Ward to multi-year deals.

"It's not a personal thing. It's a business. When you can get over that .. it's easier to be content with it." -Husain Abdullah

"As a fan and watching them in the division," Abdullah said of the Broncos, "it's like,'Dang, they're not playing.' They got to the big game and now they're holding no punches and going all in. That's what we play this game for. Everyone's trying to win that Lombardi trophy.

"For me, I trust Dorsey and coach Reid, and whoever we have at the end of the day, that's who we're going to battle with. It's not like they signed DeMarcus Ware, so we're gonna go out and lay down. That's not the attitude anyone is taking in our locker room or across the league. They have a serious squad but before there have been a lot of people who have signed big name free agents and they didn't run through the league like they should have. And sometimes they do [run through the league]."

Abdullah said he has been staying in shape this offseason so he doesn't become one of those roster cuts (and getting signed by the Broncos!). He's also spending time this offseason as an Academic Athletic Advisor at Stephen F. Austin University, where he has mentored eight players on the football team. Abdullah said he wants them "to understand the importance of having good grades and the importance of getting their degree outside of football."

Even after a brief conversation, Abdullah strikes me as the type of guy that's going to be just fine in life outside of football.

If you don't know Abdullah's story, the KC Star's Randy Covitz had a nice write-up on him last year.