You were promised an up-close-and-personal mock draft each week until the real one starts. This is Round 2. Ding, ding.

Last week, we started the weekly mock draft which if you missed, you can catch up with right here.

Just in: 2015 Super Bowl odds for every team Draft order for first 3 rounds

This week, I moved some names around and tried to see how things might break if certain teams make different decisions ahead of the Kansas City Chiefs. Considering Kansas City drafts 23rd overall, there is a very good chance there will be all kinds of surprises and trades before the Chiefs pick.

As stated last week, I won't make any fake trades. I'm not smart enough to figure out which teams are going to deal with who. All that said, let's get to the second mock draft of the offseason, Arrowhead Pride style.

Watch this impression of Andy Reid

I'm staying with Bridgewater at the top spot until given a good reason to do otherwise. Houston needs a quarterback to become a force again, considering all the talent already around this kid should he go there. Bridgewater reminds me of Ben Roethlisberger with his size and arm, making him very much worth the top pick.

This mock won't be chalk all the way through, but Watkins is simply too good and too much of a fit for St. Louis. The Rams need to give Sam Bradford some help on the outside. With Zac Stacy looking like a player and Tavon Austin locking down the slot, St. Louis would really be dangerous with an outside threat.

Bortles is raw, but he's a local product who has mobility and can rocket the ball. The Jaguars would be tempted to pick Clowney here, but they need a quarterback in the worst way. Bortles at least gives the fan base some hope along with a promising young coach in Gus Bradley.

Cleveland has one of the more talented rosters in football, but has been sunk by Brandon Weeden. With another chance to take a franchise quarterback, the Browns have to take a shot on Manziel despite his immaturity. Cleveland has been heavily rumored to like Manziel, making this too much to pass up.

Clowney is the best prospect in the draft, but barring a trade I can't see him going earlier than this spot because of draft needs. Oakland would be thrilled to get such a playmaker for its porous defense. Considering how much the Raiders love freak athleticism, this would be a slam-dunk should he be on the board.

Robinson is a big boy who will finally provide Matt Ryan with some protection. Despite Jake Matthews on the board, the Falcons might be a little nervous about taking a lineman constantly playing in the spread. Robinson played in a down and dirty option-scheme with Auburn, but also showed great ability in pass blocking.

This is a spot where I could see Tampa Bay reaching and taking a good player who shouldn't go this high. The Buccaneers need an upgrade at tight end and either Ebron or Jace Amaro is the best of this group. Ebron has great tools but has shown inconsistency.

Minnesota has Derek Carr available to it, but doesn't want to make the same mistake it did with Christian Ponder. Carr is too risky, while Mack represents a need filled and a very solid prospect with a high floor. Mack would instantly provide a nice player to go alongside Chad Greenway.

Matthews is thought by many to be the top left tackle in the draft, and he's a great fit for Buffalo. E.J. Manuel needs to develop but also needs to protect him better. Cordy Glenn isn't one of the better tackles in the league, making Matthews an easy and safe choice here.

Gilbert provides the Lions with a big, physical corner. Detroit's biggest weakness is the inability to cover receivers, especially larger ones. The Lions would be foolish to take a receiver here, but it's not inconceivable that they would take a bookend to Calvin Johnson. 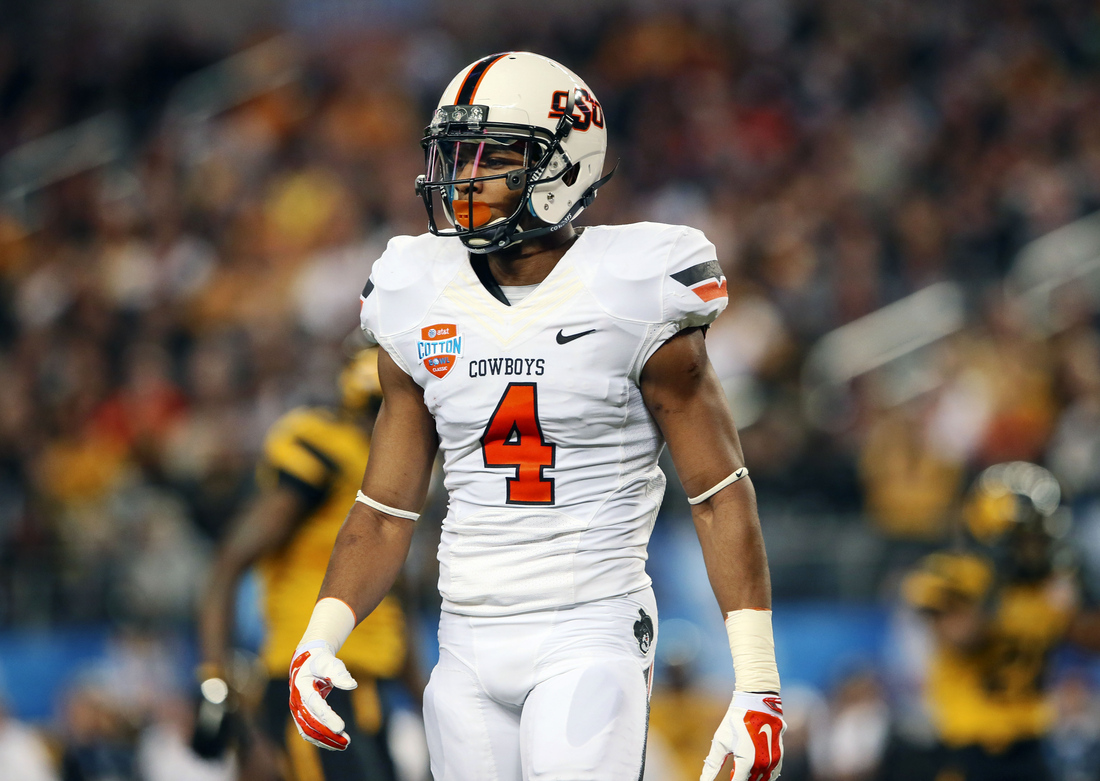 The Titans need to get some more talent infused into their linebacking core, and Mack is the obvious fit. Though he went to a smaller D-I school, Mack turned heads this season and is expected to be a thumper at the pro level. Tennessee could do much worse at this point.

Lee is a tremendous prospect with a great blend of size and speed. The Giants are likely to lose Hakeem Nicks in free agency and need another receiver who can work the outside of the field. Lee would be a nice player to mix in with Victor Cruz and Rueben Randle.

St. Louis needs some fortification in its secondary. The Rams can snag the best safety in the draft in Clinton-Dix, who appears ready-made for the pros. Only question is about Alabama secondary personnel in recent years. Dee Milliner anybody?

For once, the Bears actually have an offense but have to find help on the other side of the ball. Ealy is a nice fit when you realize he can play in a wide variety of ways. Chicago likes to mix looks, and Ealy would allow them it to without having to constantly rotate up front.

The Steelers have been an unmitigated train wreck on the offensive line for years. The team has some young building blocks on the left side in Marcus Gilbert and David DeCastro, but needs to redo the right end. Kouandijo would make a nice bookend tackle to help pave the road for Le'Veon Bell.

Baltimore signed Joe Flacco to a $120 million contract and then let Anquan Boldin go for a late-round draft pick. Doesn't make a ton of sense does it? Evans could fill that role opposite speedster Torrey Smith to give new offensive coordinator Gary Kubiak a much more potent unit. 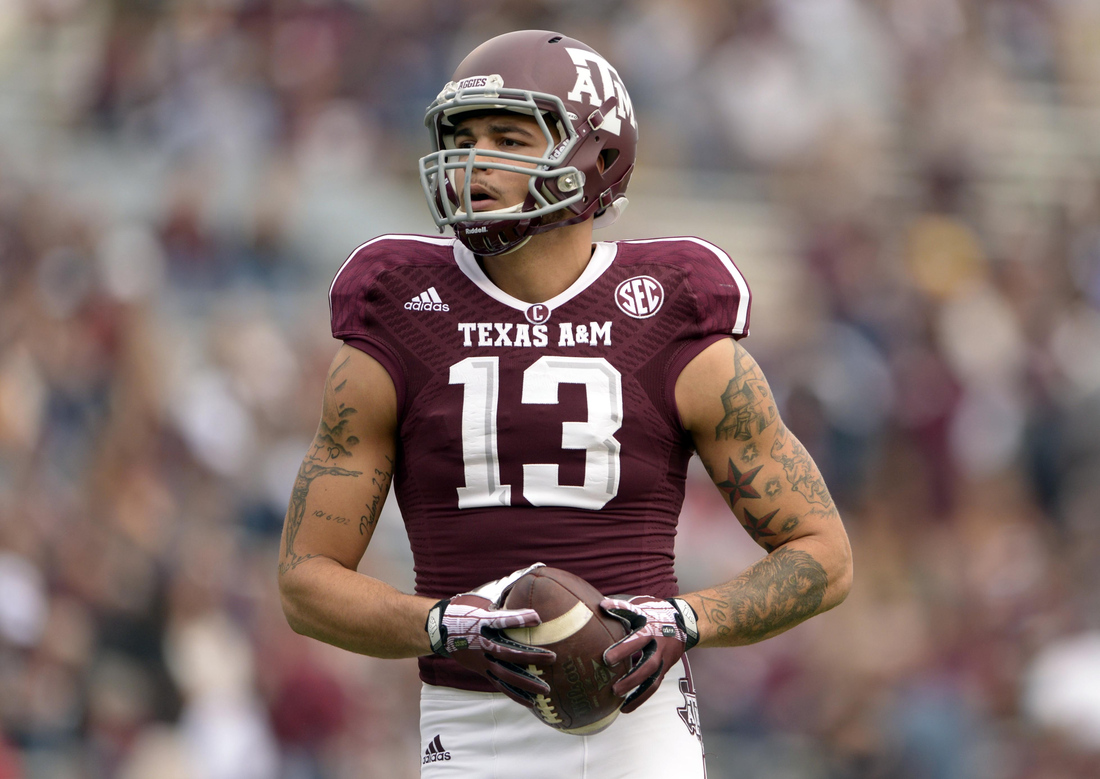 Dallas has to take somebody who can help that raging dumpster fire it calls a secondary. Verrett should fit that bill, a kid who will come in and immediately challenge for a job with the likes of potential bust Morris Claiborne. Frankly, the Cowboys have no choice but to go defensive backfield here.

Benjamin is a big target. When you watch Geno Smith throw the football, you quickly realize you need all the target you can get. Benjamin is built in the Plaxico Burress mode. He's a lanky player who could become a matchup nightmare in the red zone.

Miami would be reaching a bit to take Richardson here, but the need is simply that great. The Dolphins allowed a league-high in sacks last season. With Ryan Tannehill standing as a large investment, he needs to be protected much, much better. Richardson may turn out to be a right tackle, but it's still an upgrade.

If the draft falls this way, the Cardinals will be dancing around their war room when they hit the clock. Carr has the chance to be a washout, but he also could be Brett Favre. With an excellent roster sans the quarterback, this pick could make the NFC West even more insanely tough.

B.J. Raji has been a good player for Green Bay, but not a game-changer. With age along the front line the Packers might be looking to add some new blood to help keep Clay Matthews Jr. and Nick Perry free of blockers. Jernigan is a huge body who would really change the face of the defense.

Philadelphia could go with a secondary man here, but Barr is very tempting. He needs a ton of work to be considered polished, but the potential is there in spades. Barr could easily be out of the league in four years, or be building a major resume. Chip Kelly is a gambler, keep that in mind.

Everybody here knows what a circus the free safety position has been for the Chiefs in recent times. With Pryor, Kansas City gets a really nice player to put next to Eric Berry. Pryor would come into a starting role from jump street and give Bob Sutton a guy who can roam center field. I doubt the Chiefs would hesitate with Pryor on the board. 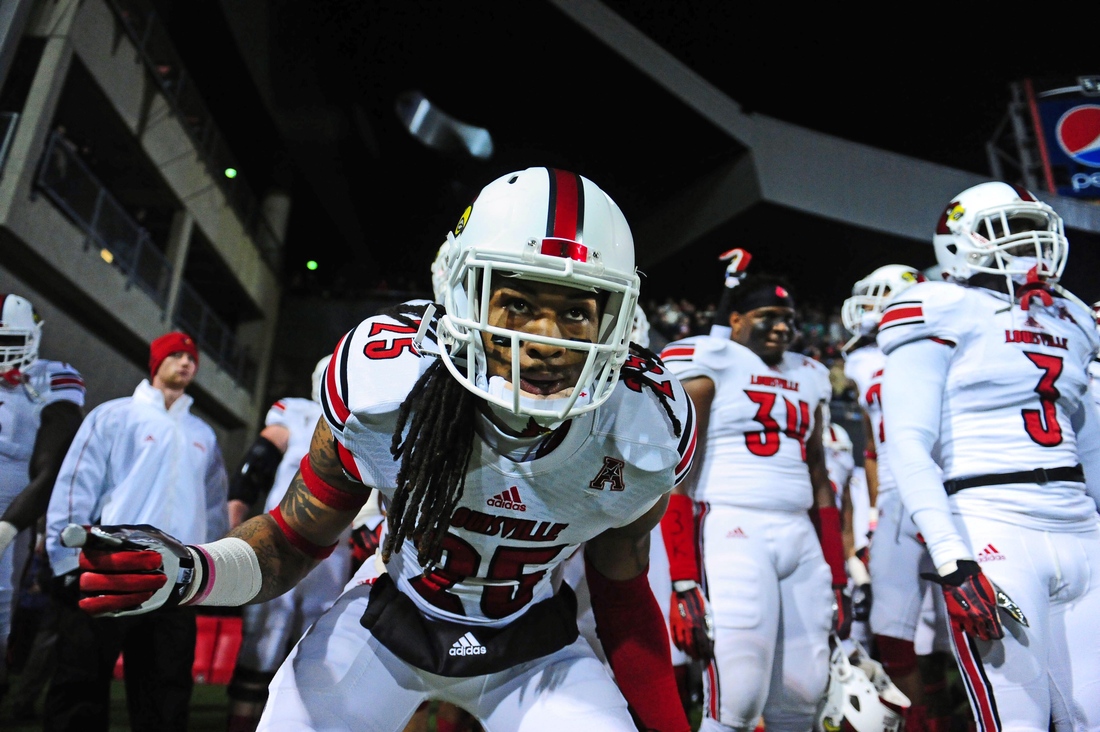 Roby finds himself going in the same spot I had him in last week. It's just too perfect of a fit if he's available. Roby plays right down the road, fills an obvious need and can make a nice impact right off the bat.

Dennard might be the most gifted corner in the draft, giving San Diego a player to trust on an island should he pan out as expected. The Chargers had some of the worst corner play in the league last season and still found themselves winning in the playoffs. Dennard would be a steal and a nice piece.

Cleveland has one of, if not, the best receivers in the game with Josh Gordon. Unfortunately, nobody else does anything to scare an opponent on the outside. Matthews would give the Browns another weapon for whomever they chose to make their franchise quarterback earlier in the night. I think they should have Trent Richardson announce the pick.

New Orleans is going to need a replacement for current center Brian De La Puente, who is all but sure to make more money by leaving the Saints via free agency. Swanson is the best center on the board and would fill an immediate and crucial need.

Amaro is the best tight end on some people's boards. Carolina has Greg Olsen but could use another pass-catcher. With those two players in the two-tight end set, Cam Newton would be able to throw much more open underneath stuff when Steve Smith is blanketed.

Beckham Jr. would make a ton of sense in New England. After watching Tom Brady have to play pitch and drop with no-names most of the season, Beckham Jr. would provide him with a real talent to have some fun with.

Hageman needs some serious work on technique, but he has all the tools to be a dynamic force along the defensive front. The 49ers have an excellent defense but could use a young buck on the wall to help out the great but aging Justin Smith. 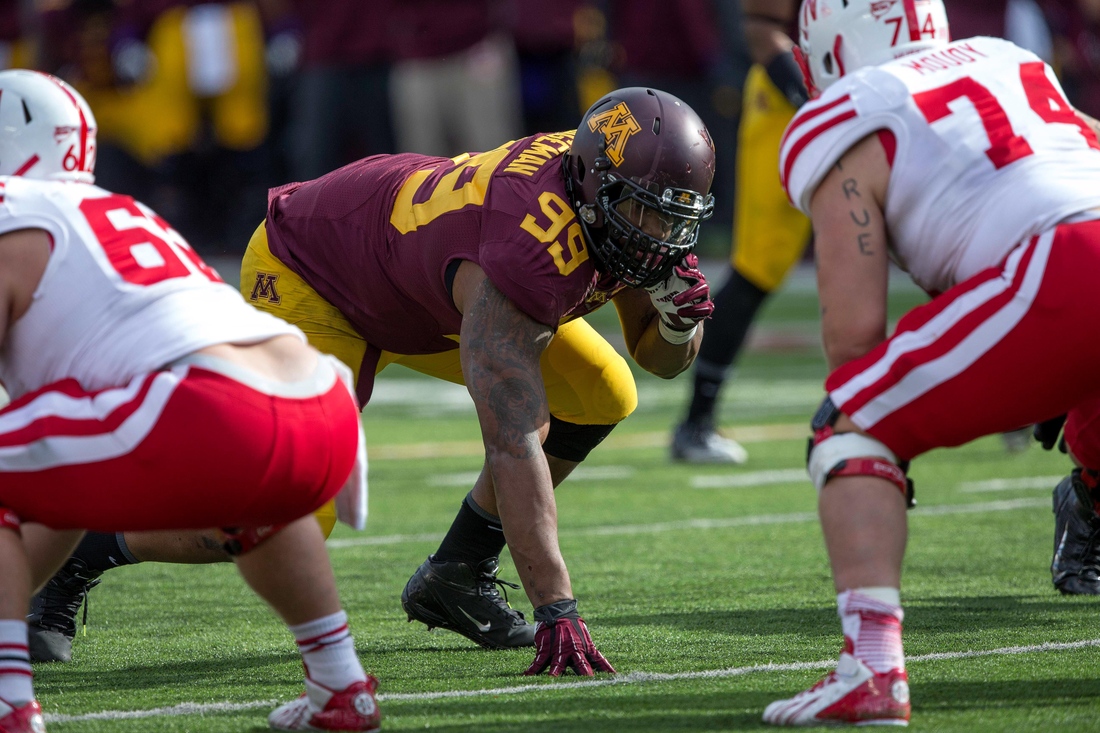 Denver has plenty of holes on defense, but needs to address guard with the likelihood of Zane Beadles leaving in free agency. The Broncos have the chance here to get the best guard in the draft and would be foolish not to jump all over the value.

Seattle has a terrific roster evidenced by it playing in the Super Bowl, but it still needs to overhaul the receivers. Sidney Rice and Percy Harvin are very talented but always injured, making Cooks an ideal addition to help Russell Wilson on the outside.