The Kansas City Chiefs have some needs on both sides of the ball, but need to make a wise decision based on the board.

Share All sharing options for: 2014 NFL mock draft: Version 3.0 gives us some changes

In the third installment of my mock draft, I'm sticking with my "no trades allowed" credo, because those things are impossible to predict.

With that in mind, it's time to do one more mock before the NFL combine starts on Feb. 22 in Indianapolis and changes the entire board around. Somebody will end up running a 4.4 that is expected to run a 4.55 and shoot up two rounds in the projections. Why? Because the NFL is a place where insane things happen, right Darrius Heyward-Bey?

Anyway, onto the picks:

Houston is going to posture about potentially taking Clowney, but it needs a quarterback in the worst way. Lately, the word is that the Texans like Manziel, somewhat the hometown boy. Makes sense to pull the trigger.

Watkins is by far the most talented receiver in the draft. For the Rams, this pick is a no-brainer considering they already have two top defensive ends and only Tavon Austin on the outside for Sam Bradford.

Jacksonville should have Blaine Gabbert announce this pick. It would be the greatest moment in the history of television.

Bortles is raw, but Cleveland has to make its best play at an elite quarterback. Bortles has a very strong arm, something necessary if you are going to play on the banks of Lake Erie.

The Raiders luck into the best prospect in the draft because of the way the board falls. Clowney might instantly make Oakland a fearsome front defensively, giving Donald Stephenson and Eric Fisher some nightmares. 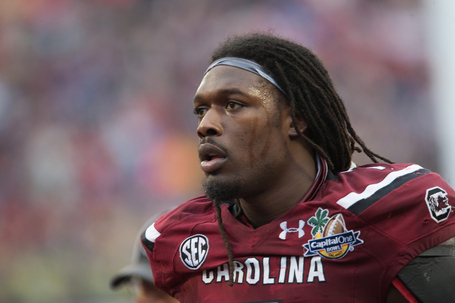 Robinson is the best all-around tackle in the draft. Matt Ryan needs some protection after dealing with turnstiles such as Sam Baker throughout his career. It could go a long way to helping him reach the next level.

Mack is the most complete linebacker available for a team that despite only winning four games, has plenty of talent. Mack would provide coverage skills while also having some dynamic pass-rush moments.

Lee would add to a strong stable of receivers for Minnesota, something it lost with the departures of Sidney Rice and Percy Harvin to Seattle. With Lee, the Vikings would have somebody to compliment Cordarrelle Patterson and the aging Greg Jennings.

Buffalo is in desperate need of some help along the offensive line, and gets it here with Matthews. With E.J. Manuel entrenched as the franchise quarterback, it is time the Bills give the kid some help.

With the cutting of Louis Delmas, there is a gaping hole at safety in Detroit. If Jim Caldwell does indeed have a pulse, he will take the best available safety and walk away happy.

Mosley is a thumper who can move in space, fitting exactly what the Titans need. Should Alterraun Verner leave, Tennessee could go with a corner here. Currently though, linebacker is the biggest area of concern.

Ebron gives Eli Manning another target with the likely departure of Hakeem Nicks. After watching Manning throw a parade of interceptions, it stands to reason a security blanket with Antonio Gates-like ability could help. 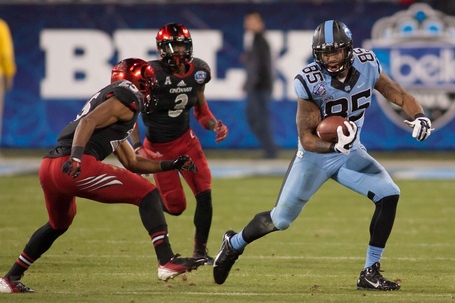 Verrett is a tough corner who would immediately upgrade the St. Louis secondary. With the corpse of Cortland Finnegan about to be released, Verrett could slide right in the starting lineup opposite Janoris Jenkins.

Julius Peppers is a Hall of Famer in waiting, but he is also rapidly declining and might even be a free agent soon. Ealy is a perfect player to replace Peppers with, giving Chicago a bookend along with Shea McClellin.

Since Casey Hampton retired, the Steelers have had trouble clogging the middle of the field with a good run-stuffer. Jernigan is a big boy who plays with an attitude. Add some discipline to Jernigan, and he could be very dangerous.

Joe Flacco was a mess last season without Anquan Boldin to throw at. Evans is a big, physical receiver in the mold of Boldin who would fit in beautifully with Torrey Smith.

Did anybody watch Dallas play defense? Of course not, it didn't happen. If the Cowboys don't take a corner here, it's time to fold the franchise.

Barr is a boom-or-bust prospect, which means Rex Ryan will draft him. Barr has a ton of raw talent and could be the best pass-rusher in the draft, or become Vernon Gholston.

Lewan needs to refine his technique, but he would be a very nice pick here for the Dolphins. Miami gave up the most sacks in football last season, something that can't happen again if it wants a postseason berth.

Arizona will have millions of people wetting their pants with this pick. Sure, Carr needs some time to develop, but he has major talent. If the Cardinals find their quarterback, look out. 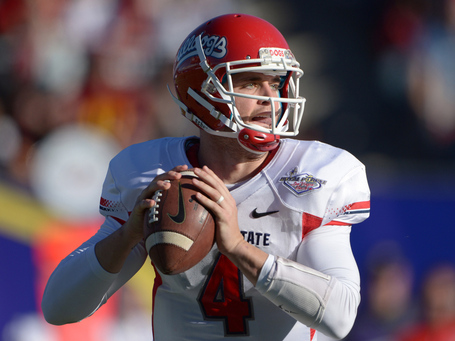 Meanwhile, in Missouri, there will be many people cussing up a storm. The Packers need to find help in the secondary and Pryor provides that thumping presence behind the front seven. If a very good inside linebacker is available they might go for him as well.

If Roby is available here, he would be a slam-dunk pick. Roby can cover man-to-man, something both Cary Williams and Bradley Fletcher struggle with at times.

Ward has been moving up draft boards with more people seeing tape of him. Ward has speed and at 5'11, 190 pounds, can lay the wood a bit. Ward would be a very nice compliment to Eric Berry and give Bob Sutton some more options on which scheme to play.

Some might say this is a bit early for Ward, but without a second round pick the Chiefs might have to gamble a bit. When you are aiming for the Super Bowl, as I believe Kansas City is, sometimes you take your shot. Ward could prove to be a very nice pick.

Dre Kirkpatrick has not worked out to this point, and Adam Jones/Terence Newman aren't exactly spring chickens. Gilbert would give the Bengals a good youthful player to pair with Leon Hall while moving Jones to the slot.

The Chargers need major help defensively, but Su'a-Filo is too much value. He's arguably the best guard in the draft and would give some help to Philip Rivers. Sometimes, the best way to improve is maintain your biggest strength and add to it.

Benjamin is a big target to put across from Josh Gordon. The Browns are very close to being a contender, and if they nab a quality quarterback and Benjamin, they could shock in the AFC North.

Zach Strief is a train wreck (somebody get the pic of a train blowing through a wall in the comments) and New Orleans has over $60 million invested in Drew Bress. Protect that house.

Amaro is a talented pass-catcher who can help Cam Newton continue his maturation. Tight ends are all the rage these days, and Amaro would give the Panthers a nice combination with Greg Olsen.

Beckham Jr. is getting a lot of play in the middle part of the first round. However, if he slips he won't make it past the Patriots who need a receiver in the worst way. 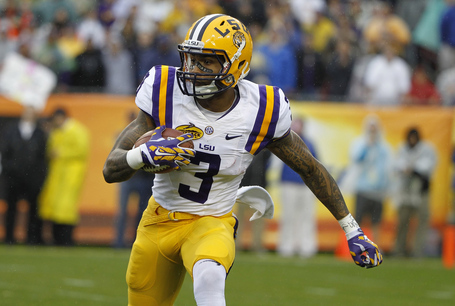 The 49ers have some needs along the defensive line, but none that are insanely pressing. Hageman would have time to learn the system and refine his skills, making San Francisco and Hageman a nice pair.

Zane Beadles is likely to leave in free agency, opening up a starting spot. Martin would be nice value and a positional fit for the Broncos. Also, 43-8.

Cooks is a local kid for Seattle who could help to replace Sidney Rice and Golden Tate. Cooks has speed to burn, something that could be a lethal combination with the accuracy of Russell Wilson's deep throws.