The Chiefs blew a 28-point lead to the Colts and lost their Wild Card round playoff game. The final score was 45-44. This is the Chiefs 8th consecutive playoff loss and it is very heartbreaking. Read on for our recap of the game.

Jamaal Charles runs like a tough back and picks up a first down on his first two carries.

Dwayne Bowe converts another first down with a slant over the middle.

Alex Smith, who set the Chiefs single-season record for QB rushing yards this season, ran for 16 yards and a first down to the Chiefs 45-yard line.

Jamaal Charles took a handoff to the right and went down with an injury. He has been ruled out of the game. 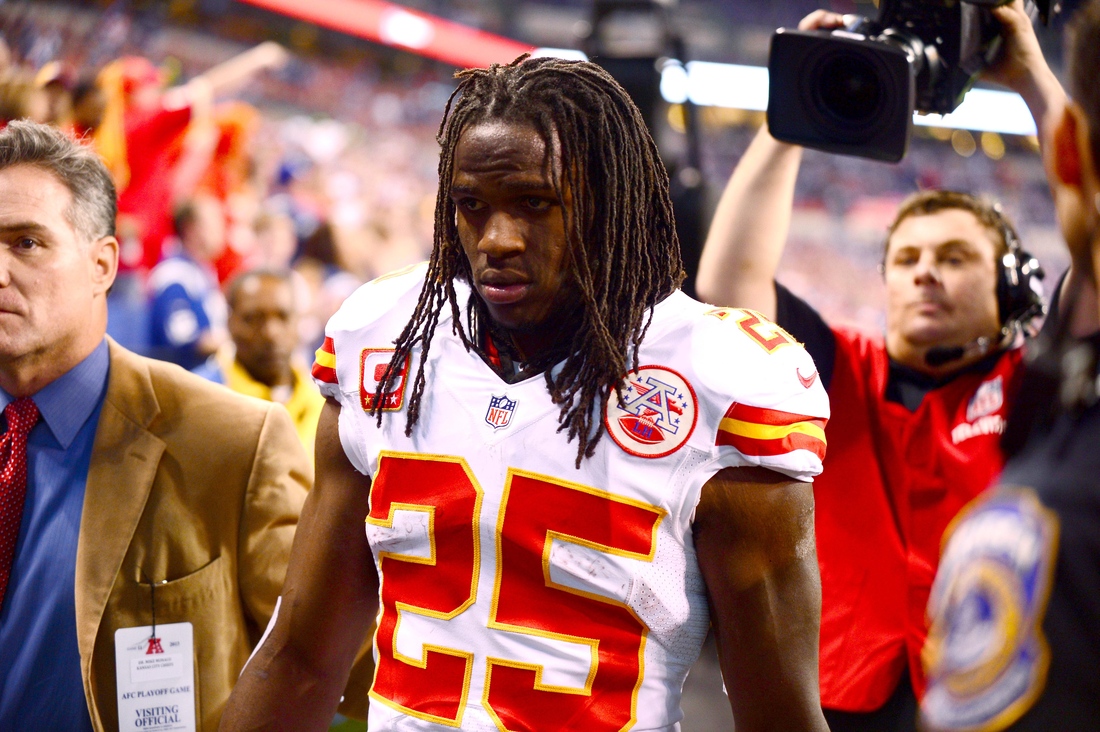 Chiefs now inside the 10-yard line. DMC and Knile stepping up in Jamaal's absence

On 1st-and-goal, the refs missed a pass interference against the Colts in the end zone.

On 2nd-and-goal, Alex Smith is pressured and throws it just beyond Donnie Avery's reach.

SCORE: On 3rd-and-goal, Smith hit Dwayne Bowe on a slant for the 6-yard touchdown. Chiefs lead, 7-0. 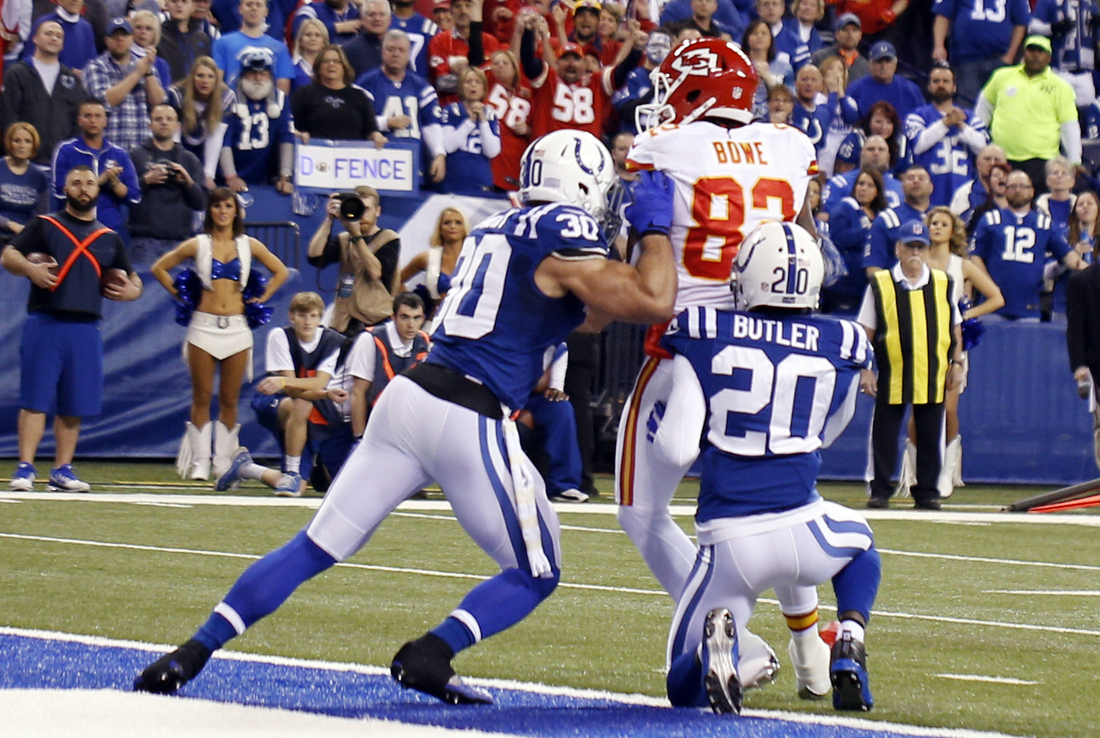 Luck was 7-on-7 passing on the drive.

The Chiefs are bailed out with a defensive penalty, giving them a first down.

Smith hit Bowe on a slant and Bowe broke the first tackle and took it 63 yards to the 2-yard line.

The Chiefs are denied on three straight plays from the 2-yard line, including two runs by Knile Davis.

The Colts finally run the ball with under a minute left in the first.

On consecutive plays, Tamba Hali and Justin Houston collapsed the pocket to hit Andrew Luck as he threw and then Luck was pressured again and his pass was tipped. Chiefs force a punt.

SCORE: On third down, Smith stepped up in the pocket to avoid the rush and threw a bomb to a wide open Donnie Avery for a 79-yard touchdown. Chiefs lead 17-7.

Chiefs start on the 17-yard line.

Knile Davis runs 13 yards to bring it to the 4-yard line.

SCORE: Smith scrambles to the left and sends a shovel pass to FB Anthony Sherman for the TD. Chiefs lead 24-7.

Colts WR TY Hilton went down with an injury.

Colts go for it on 4th-and-inches. Luck keeps it on a zone read and completely fakes everyone out for a 21-yard gain.

Smith picked up a 3rd-and-1 with a keeper to the right.

Smith hit Anthony Fasano on a tight end middle screen for a first down.

Chiefs faced a 3rd-and-5 and Smith hit DMC for a first down, which pushed the Chiefs into field goal range.

On a 3rd-and-7, Smith ran up the middle and dove for a first down. I'm losing count of how many big plays he's made. 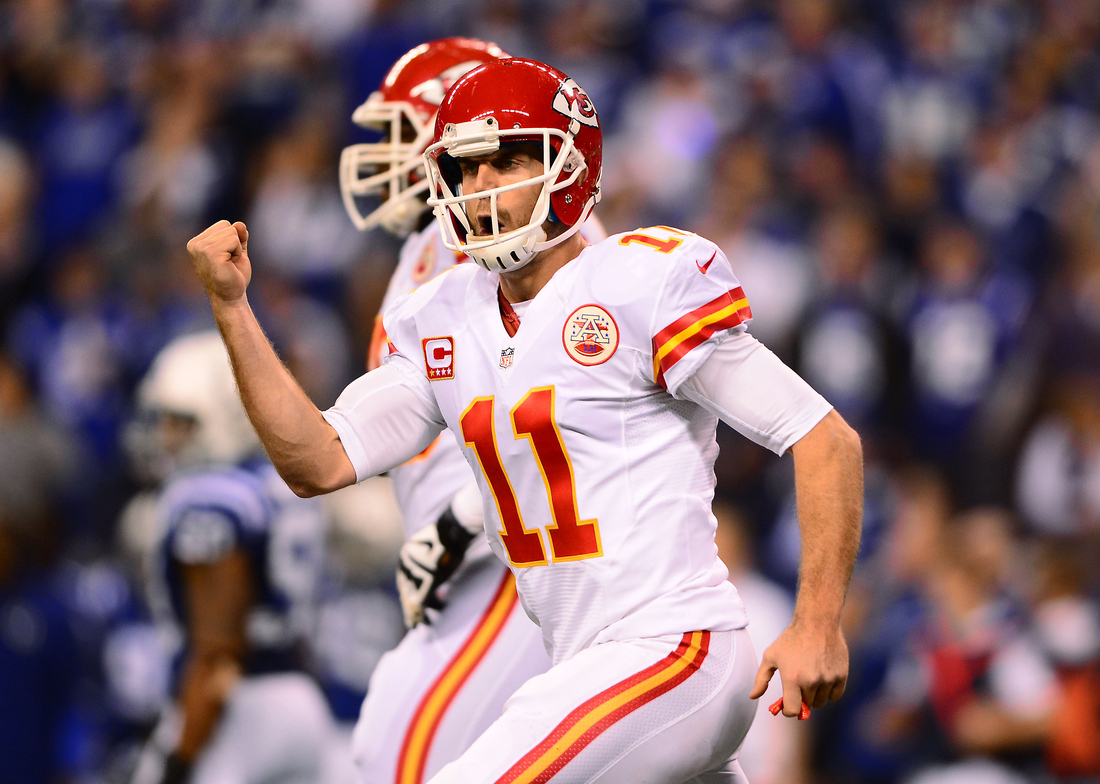 SCORE: Davis punched it in from four yards out for the touchdown. Chiefs lead 31-10.

Luck hit Hilton for a gain of 22 yards with just under a minute left in the game. 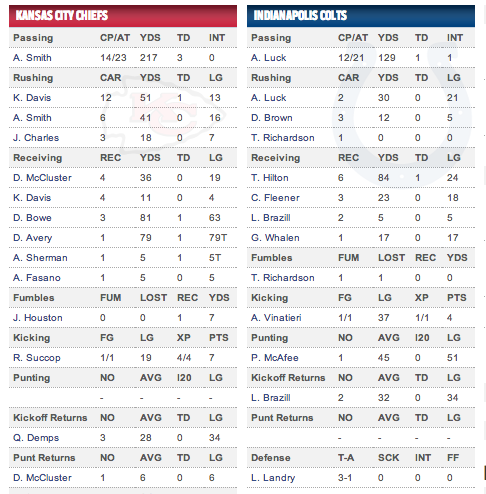 Chiefs start on the 21-yard line after the turnover.

Luck threw a 46-yard bomb to Da'Rick Rogers to put the Colts in the red zone.

SCORE: Donald Brown punched it in for the touchdown. Chiefs lead 38-17.

Chiefs picked up back-to-back first downs with passes to Junior Hemingway and Davis.

Donnie Avery suffered a concussion earlier in the game and has been ruled out.

TURNOVER: Smith was hit from behind and fumbled the ball. The Colts recovered the ball. The refs had to review the play to see whether the Colts player had possession of the ball before going out of bounds.

Luck hit Hilton on two consecutive plays to move the Colts to the 22-yard line.

Luck drilled a Colts WR to move them down to the 5-yard line.

Chiefs fans start to get nervous again as the Colts score back-to-back touchdowns.

Junior Hemingway goes down with an injury on the kickoff return.

Alex's pass to D-Bowe on third down is incomplete. Looked like Bowe had a shot, Colts CB knocked it out

Chiefs punt for the first time on the day.

TURNOVER: Abdullah steps into a Luck pass for the interception, his second of the day.

Chiefs can't do anything quickly.

Luck found Donald Brown for 25 yards and then Brazill for 30 yards on the next play.

On the first play, Smith went deep to Bowe for 21 yards.

Smith picked up a first down with his run. He now has 57 yards rushing.

The Chiefs pick up a defensive holding call as Smith tries to hit Anthony Fasano.

Smith missed a wide open Cyrus Gray that would have been a touchdown.

The Chiefs punt it away.

Luck completed three passes to Hilton to move the Colts inside the red zone.

SCORE: Brown fumbled the ball on the goal line, but Luck picked it up and dove in the end zone. Chiefs lead 41-38.

Knile Davis goes down with an injury.

On 3rd-and-5, Bowe picks up the key first down.

The Chiefs used two timeouts in three plays on this drive.

Smith starts the drive with a 25-yard strike to Bowe. He follows that up with a 13-yard pass to Bowe.

Smith is hit with an intentional grounding bringing up a 3rd-and-17.

D-Bowe is out of bounds on fourth down. Ball game. 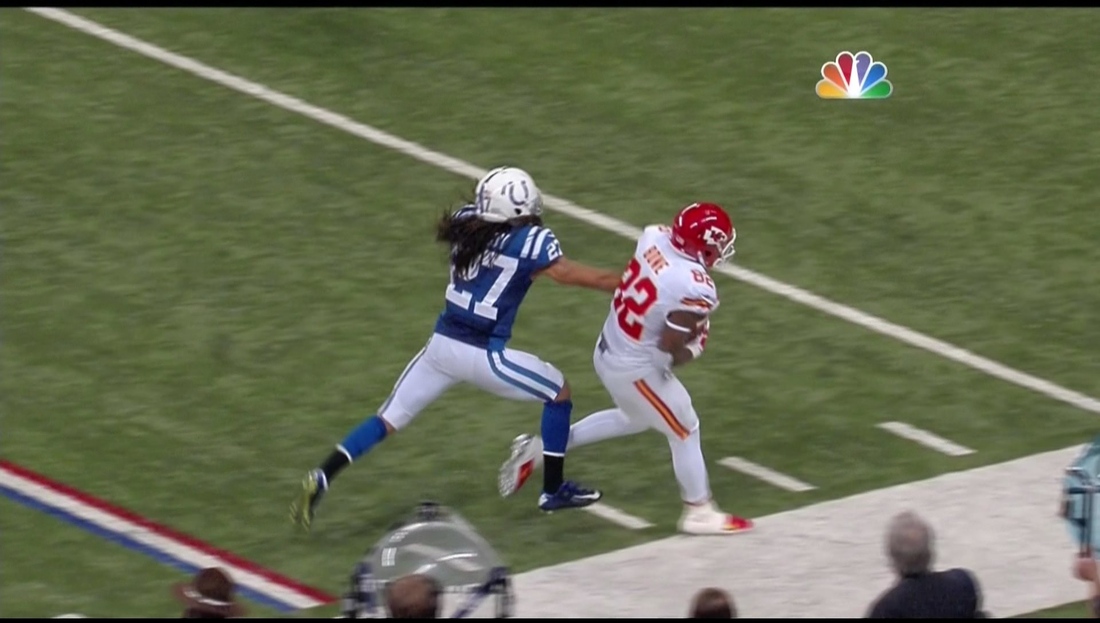