NFL picks Week 1: Predicting the Chiefs-Jaguars game and everyone else

If you have any doubt as to who is winning this week, read below and run out to the nearest bookie with $100. Then make the exact opposite picks.

Share All sharing options for: NFL picks Week 1: Predicting the Chiefs-Jaguars game and everyone else

I'll be making picks every week both straight-up and considering the spread. Sure, I'll probably make some brutal calls throughout the season, but now you have even more reason to mock me. Let's get started with the only game that matters, along with picks from the Arrowhead Pride team.

I think Gus Bradley is going to be a good coach, but he simply has no talent to work with outside of Maurice Jones-Drew and Cecil Shorts at the skill positions on Sunday. The Chiefs have plenty of proving themselves to do, but it's hard to see them losing this game without making colossal errors.

Take a look at both rosters and tell me which Jacksonville player starts on Kansas City. The only one I see, maybe, is Brad Meester over Rodney Hudson depending on whether you want to factor in age. Outside of that, it's a clean sweep across the board.

All of our Chiefs-Jags coverage 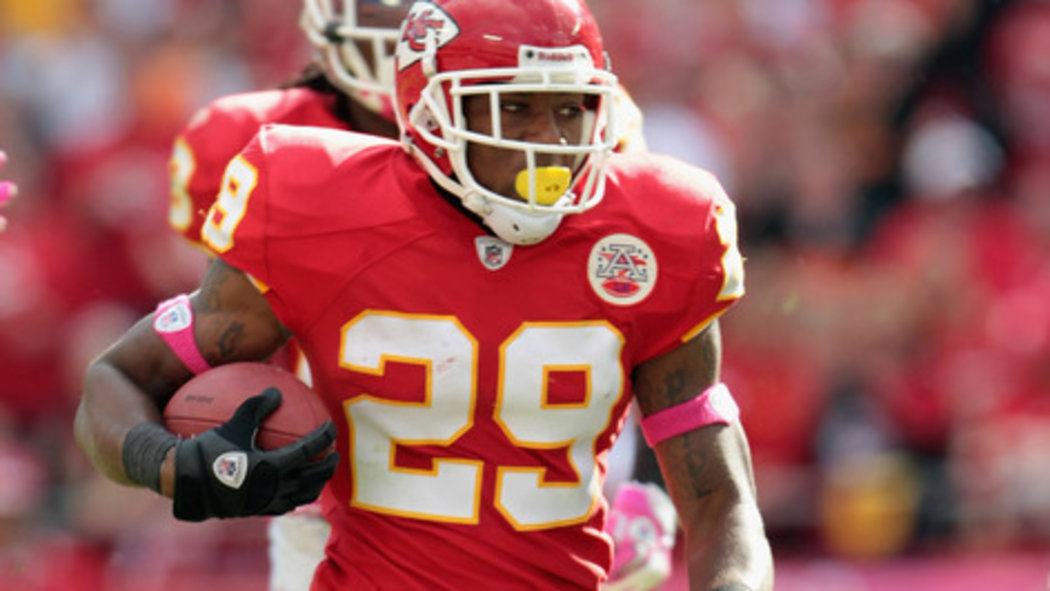 On paper Kansas City is the better team. I expect them to be able to score easier than they did last year and the defense can create some havoc on quarterbacks at times. They will give up the big play occasionally though. Look for the Chiefs to control the ball with the short passing game, get Jamaal Charles involved and let their defense force mistakes on Jacksonville. I just don't know the Jaguars are going to score consistently and that's as much about their offense as it is the Chiefs defense.

Call me a homer, sure. I just don't see how Blaine Gabbert has made this massive improvement over last season...and that's IF he's starting.  MJD won't be able to run on the left side or middle of the defense, and Dontari Poe can make life rough on a passing game.  I don't think the Chiefs offense should be able to put up 27 points per game at this point, but I like the matchup of the Jags coverage team to Bowe, Fasano, McCluster, and Jamaal out of the backfield.  Tack on some good field position from special teams, and I like the Chiefs to score points and pin the Jags back.

I was going to predict Jags 20, Chiefs 17 until I read the stuff about Jacksonville's special teams. We'll take this one 27-17, with the special teams setting us up deep in JAX territory at least twice for scores.

I want to believe. I seriously do. But the overwhelming amount of people calling the Chiefs a playoff sleeper when, for me, there are still so many questions just makes me think there's an early reality check in store for the Chiefs. The Jags are the "team least likely to" in the NFL, but this just feels like a heavy dose of MJD and a stellar defensive mind in head coach Gus Bradley giving KC a close call. Hopefully not, but I'll step out on a limb and call it anyway.

Despite my deep, deep, deep fear that the Chiefs are once again going to let me down on opening day (the first two weeks of the last two seasons can only be described as "vomity"), I can't see them blowing this game.  Andy Reid is an exceptional game planner.  Our defense is ready to attack against a quarterback (if Gabbert plays) who handles pressure more poorly than anyone on the planet.  And most importantly, if we don't take care of business against Jacksonville it will send me into a depression spiral that'll almost certainly harm my marriage.  And I believe that deep down, the Chiefs care about my marriage. 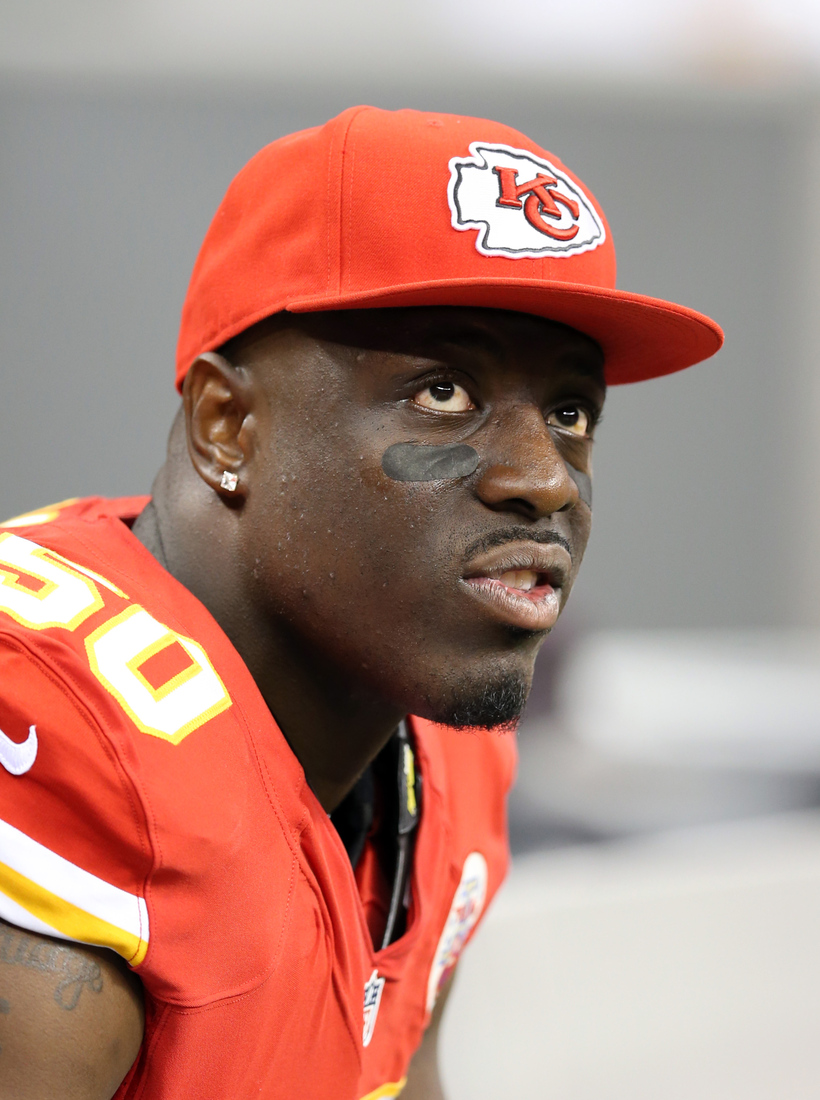 Back to Matt Verderame for the rest of the picks...

EJ Manuel is starting his first NFL game against Bill Belichick and the Patriots. Tom Brady is playing against the Bills. Need more insight than that?

I love the Bengals this season as a real contender to make their first Super Bowl appearance since 1988. The problem is I don't trust Marvin Lewis. However, I trust Chicago's offensive line even less against Geno Atkins and the boys.

Miami Dolphins at Cleveland Browns (EVEN)

This is a tough one considering the amount of change for each team since we last saw them. The Dolphins have added Dannell Ellerby and Mike Wallace, but lost Reggie Bush and Jake Long. The Browns have gone through their annual change of regimes, but the hire of Norv Turner as offensive coordinator is key. Squish the fish!

Pittsburgh is living off it's reputation to a degree. The Steelers aren't very good this season and if Ben Roethlisberger goes down it's all over. Tennessee is an embarrassment defensively but should put up points if Jake Locker can get on track. Upset special? Nahhhhh.

The Lions have a few problems. They can't stop the pass and Jim Schwartz is their coach. Minnesota is extremely one-dimensional, but that dimension is a bad mother. This is a tight game, in which case always go with the quarterback.

Indianapolis is due to regress some after stunning everyone with a playoff berth, but it won't start Sunday. Oakland isn't a bad team, its a historically bad one. This pillaging will be over by halftime. Just roll over baby! 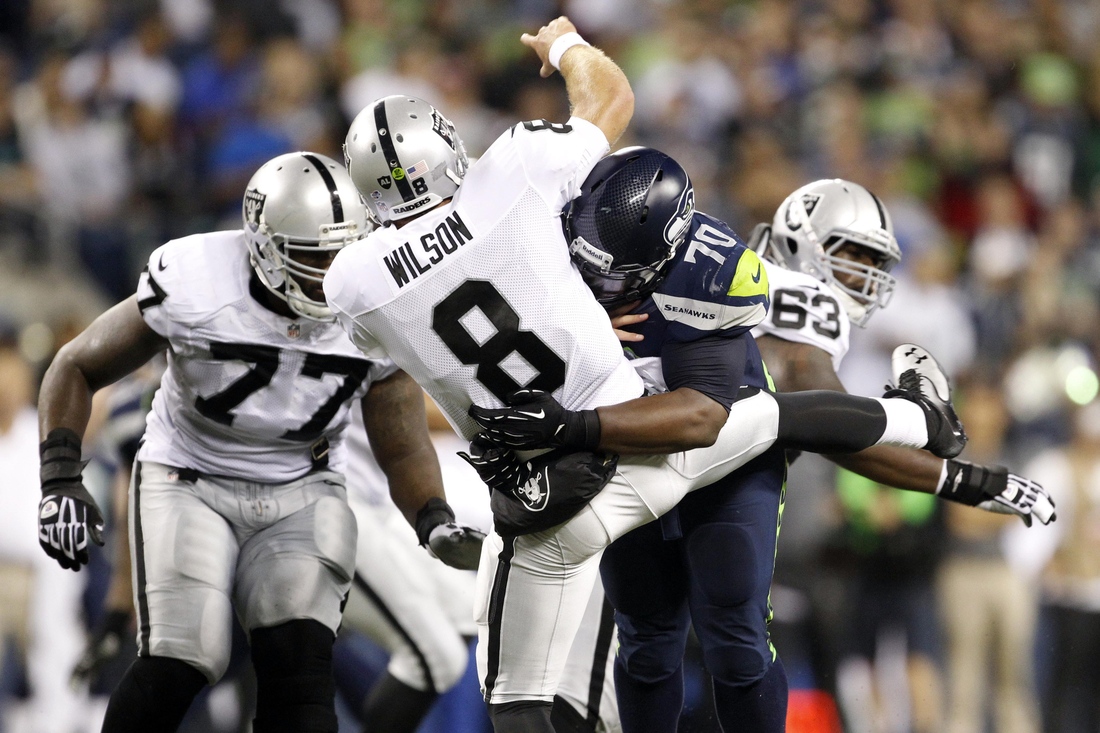 Everybody has the Seahawks as a potential Super Bowl team, and for good reason. Seattle is very deep and has an electric leader of a quarterback. That said, beware the hype machine. Beware Luke Kuechly.

The Rams are a bit overrated, with pundits saying they're one of the best teams in the league stuck in a bad division. However, the defensive line is legit with Chris Long leading the charge. Put Carson Palmer in front of a pass rush, and it's a bigger train wreck than Courtney Love.

San Francisco is a beastly team on both sides of the ball. Green Bay is only a beastly team on one side of the ball. If the Packers could play defense, they would never lose. Fortunately for the rest of the NFL, they have yet to discover they are allowed to stop people. Although, this game reeks of redemption from Mr. Rodgers.

These games are always a complete circus. Guaranteed, some bum will step up and steal the show like Kevin Ogletree did last year to start the season. My darkhorse pick for "Crappy player who comes alive before becoming crappy in Week 2 again" is Louis Murphy. Take a minute and look it up, he plays for the Giants.

The real story should be does either one of these starting quarterbacks play the entire game? Considering the Eagles appear allergic to defense, I'll say Robert Griffin plays a full 60.

It's almost time to feel bad for Philip Rivers. Wait, no it's not. Rivers is going to have to get used to J.J. Watt on top of him with that group "blocking" in front of him.