Knile Davis will be involved in Chiefs return game vs. Jaguars

A few weeks after the Kansas City Chiefs said Knile Davis was not ready to be a kick returner, special teams coach Dave Toub said Knile will indeed see a return in Sunday's game against the Jacksonville Jaguars.

Share All sharing options for: Knile Davis will be involved in Chiefs return game vs. Jaguars

Quarterbacks and running backs get all the attention so Alex Smith and Jamaal Charles are the ones we have been talking about quite a bit leading up to Sunday's Chiefs-Jaguars game. But also notable for Week 1 is that we finally get to see the Chiefs return men in a game that counts.

As you know, the Chiefs kick and punt returners have been electric at times in the preseason. Just really, really great stuff from them. The biggest highlight in a preseason full of special teams highlights was Knile Davis's 109-yard touchdown return.

Guess what? He's gonna get a chance to do it again in a game that counts.

An ode to Dave Toub 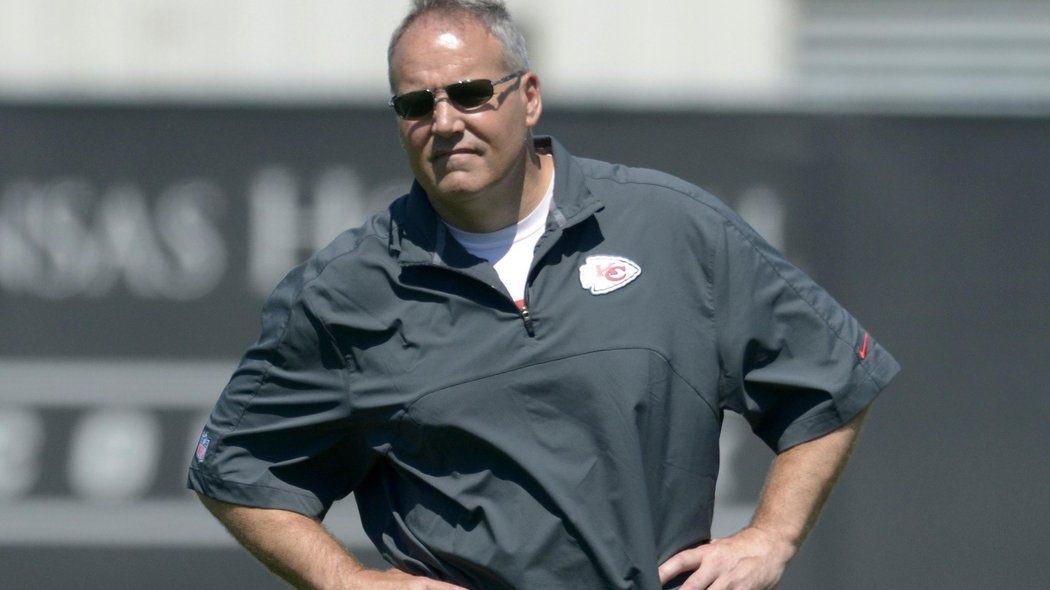 "Knile is probably going to get some too," Toub said on Thursday (via quotes from the Chiefs) when asked about his return unit for the game "We don't know if he's going to get the first or second one, but we're definitely going to work him in there."

This is notable because it was only a few weeks ago that Toub said Davis was not ready to return kicks in a game, indicating he needed to work on his hands. (Oh yeah, Dave Toub is honest, which is why he's so great.) Apparently Knile did just that because he will see a return on Sunday.

"I mean the guy, when he has the ball in his hands, it's pretty dynamic," Toub said. "We just have to get him in situations where he's relaxed; he's into the tempo of the game. Throw him in there and go with it. That's our thinking right now with Knile."

I look forward to this. As Toub said, a 79-yard and 109-yard return in three attempts is, uh, pretty good.