Chiefs vs. Jaguars 2013: What to expect from Alex Smith, KC offense

The Kansas City Chiefs will unveil their full offense on Sunday against the Jacksonville Jaguars. What should we expect to see?

Share All sharing options for: Chiefs vs. Jaguars 2013: What to expect from Alex Smith, KC offense

KC Chiefs quarterback Alex Smith acknowledged what we've known all along. The Kansas City Chiefs have not shown everything they can do offensively in the preseason.

"We certainly worked on our entire offense through camp, but yeah, there are parts of it that we may not show during preseason," Alex said on Wednesday, via quotes distributed by the Chiefs.

The Chiefs have a new coach, new quarterback and a new offensive system. They are at an advantage, if you think about it, because other teams aren't exactly sure how to prepare, especially if the Chiefs have been going "vanilla" in the preseason.

However, the same goes for the Jaguars. New coach and a new system in Jacksonville, too.

"It's tough because there's limited film," Alex said of the Jaguars and head coach Gus Bradley, who came to Jacksonville this year from Seattle. "There's only the four preseason games and then it goes back to that same thing, are they showing everything or not?

"It's really just trying to prepare yourself for anything. You know that you will have to be ready for some in-game adjustments. Come Sunday, I'm sure they will have a couple of things that they haven't shown in preseason that we will have to adjust to. That's going to be a part of the game as well." 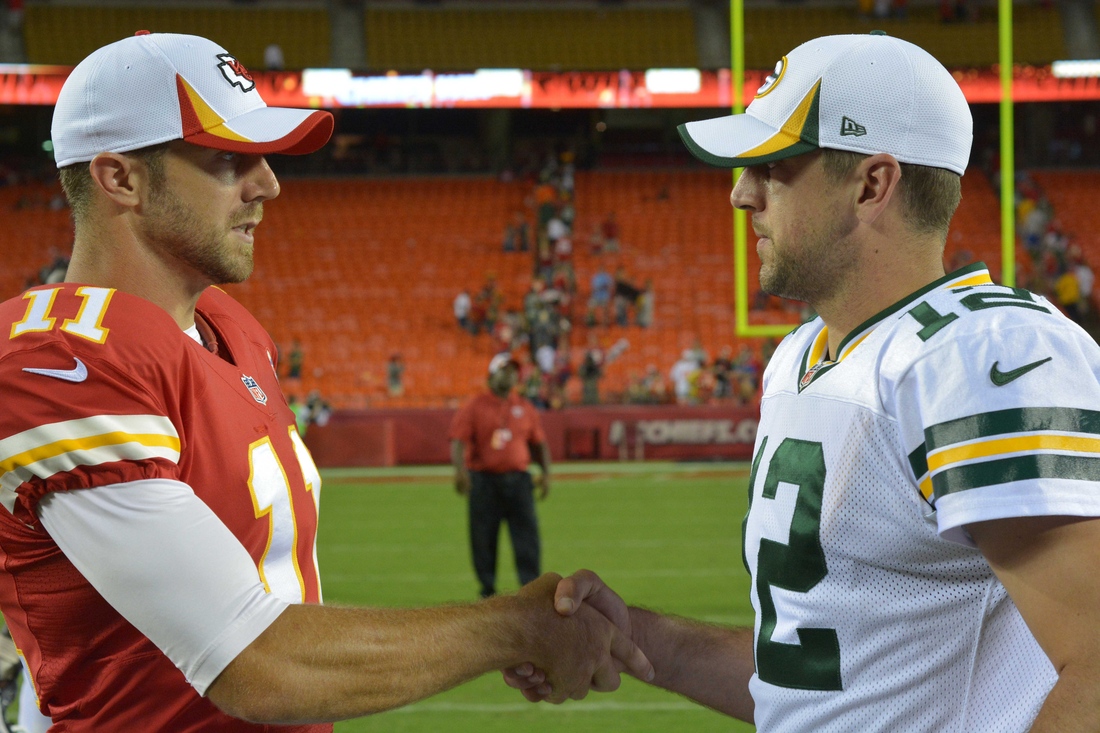 Among the things I want to see on Sunday:

No huddle offense. Get movin'. Andy Reid says one of Alex Smith's strengths is being able to diagnose the defense quickly at the line of scrimmage. KC should take advantage of that and move quickly.

Keep Alex mobile. Another theme in training camp. Alex isn't RGIII, obviously, but he is capable of moving around in the pocket and rolling out. We saw a lot of that in the preseason and I expect it to continue.

Some pistol. Yeah, I wanna see them mix it up. No, I will never stop asking for the pistol.

Feeding Jamaal. If we're to believe that Jamaal Charles will have less carries this year, I want to see him increase his receptions. Jamaal needs the ball. That's really the goal here. It doesn't matter to me all that much whether that comes from a handoff or a screen pass.