He did not play on Sunday against the Giants. Reid ruled him out with the knee injury that's been bugging him for a couple weeks now. He had it going into the Eagles game and then did something in that game that apparently made it worse because he did not play the following week against New York.

CB Marcus Cooper held his own replacing Flowers. I'm more confident that the Chiefs could survive if they needed a spot start from him.

Charles apparently had blisters on the bottom of his foot after the game. "They were pretty extensive," Reid said. Despite that, Charles is expected to be OK. I'd expect him to be ready for a full load next week at Tennessee.

Jamaal not playing in a game is the worst nightmare for the Chiefs offense. 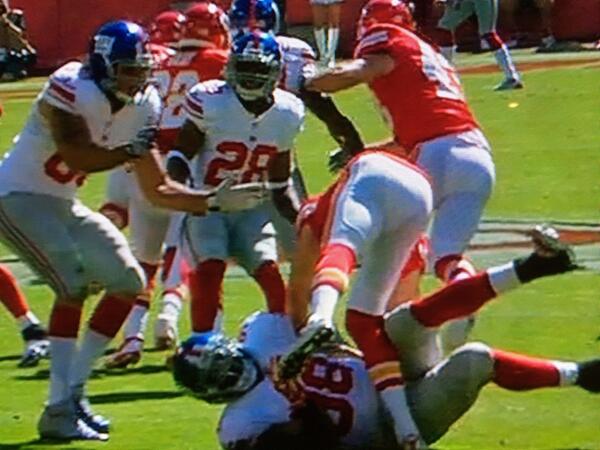 ...but he is apparently fine. Reid said on Monday he "should be fine" so I'll take his word for it.

If Colquitt couldn't go, Ryan Succop would be the one to step in.

We talked about this already. Reid seemed optimistic on him saying he felt fine after the game but there is a process Fisher must go through with concussion recovery.

Donald Stephenson would step in if he can't go.

Namely Anthony Fasano and Jeff Allen. Neither played last week against the Giants. It's been two weeks for Fasano and one week for Allen. Their practice this week will tell us more about their availability.

Sean McGrath would continue replacing Fasano while Schwartz would likely step in for Allen again.

You can find more detail on the injury report from Herbie Teope here.