Eric Fisher's injury is a concussion, according to Chiefs coach Andy Reid

The KC Chiefs did not escape their victory over the New York Giants unscathed. Eric Fisher suffered a concussion, according to Chiefs head coach Andy Reid.

Share All sharing options for: Eric Fisher's injury is a concussion, according to Chiefs coach Andy Reid

Add one more starter to that list: OT Eric Fisher.

The KC Chiefs rookie and No. 1 overall pick suffered a concussion at some point in the game. It's not exactly clear when that happened. Along with other reporters I heard the press box announcement that Fisher was questionable to return to the game due to a head injury. I didn't see the injury.

The (2nd) biggest play of the day was a challenge 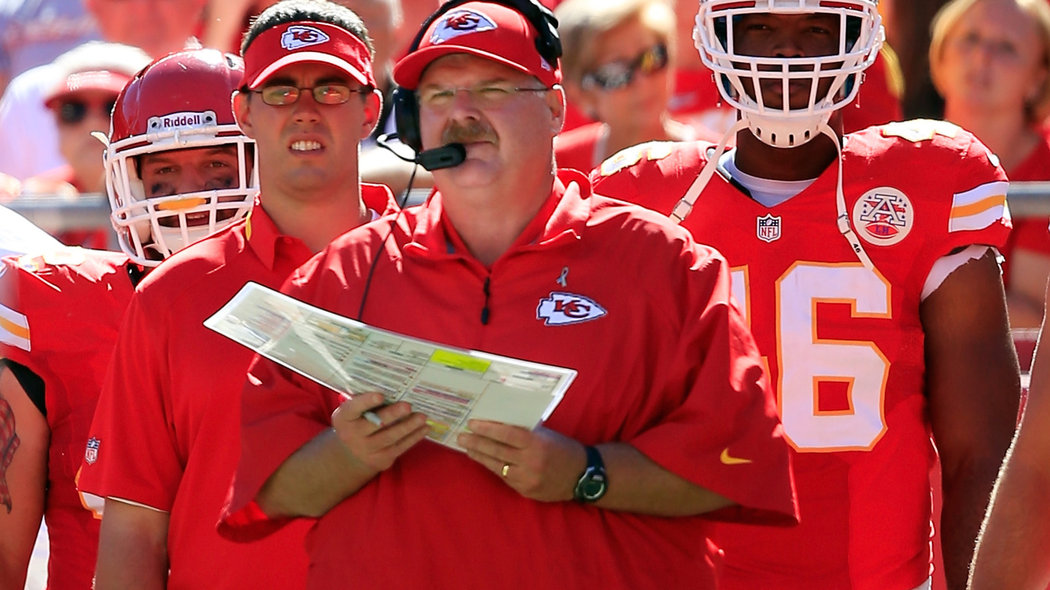 "As far as injuries go," Reid said after the game, "really Fisher is the primary one. Fisher had a concussion, he tested out to have one but I'm not exactly sure where we lay with that one as far as how bad it is. He seemed to be pretty good here after the game, which is a positive."

Mike Florio of Pro Football Talk, who likes to pick on people who call any concussions "mild", reports it is a "mild" concussion for Fisher. Of course any injury that involves your brain is serious and probably not mild.

Just last week Terrelle Pryor had a concussion and everyone thought he would play this Sunday. Six days after it happened more symptoms popped up and he did not play in the Raiders game on Sunday. That tells you the type of injury we're dealing with here. Despite the "mild" label, we really have no idea how this will play out. Everyone reacts to concussions differently so Fisher could miss a couple days or he could miss a couple months (yes, that's drastic but I'm just sayin').

The good news is that the Chiefs are fully capable of replacing him in the line-up. Donald Stephenson replaced him on Sunday and I imagine he would do the same during practice this week if Fisher can't go. And if Fisher can't go next Sunday, Stephenson likely gets the start while Geoff Schwartz acts as the back-up for four o-line positions (assuming Jeff Allen is back healthy).

Photos of the Chiefs victory