The final score to the Giants-Chiefs game was 31-7 in favor of KC which suggests it was a blowout. In reality it wasn't a blowout until the fourth quarter. Things were very tight in the third before Dexter McCluster busted the game open with an 89-yard punt return TD. The play directly before that -- a challenge from Andy Reid -- set the whole thing up. Read on for the challenge that won the game for KC.

Share All sharing options for: Andy Reid challenged a play and it ended up helping the Kansas City Chiefs win the game

You can argue that Dexter McCluster's punt return was the play of the day as the KC Chiefs beat the New York Giants on Sunday afternoon at Arrowhead Stadium. I won't argue with you there. It was a huge momentum changer as McCluster returned a punt 89 yards TO THE HOUSE to give the Chiefs a 17-7 lead as the fourth quarter neared. That was play was huge and it essentially won the game for KC.

But that play never happens if Andy Reid doesn't make an outstanding decision to challenge a third-and-long call on the play before. If DMC is honored for his punt return then Big Red needs to be honored for his challenge call.

6 things we learned from Giants-Chiefs 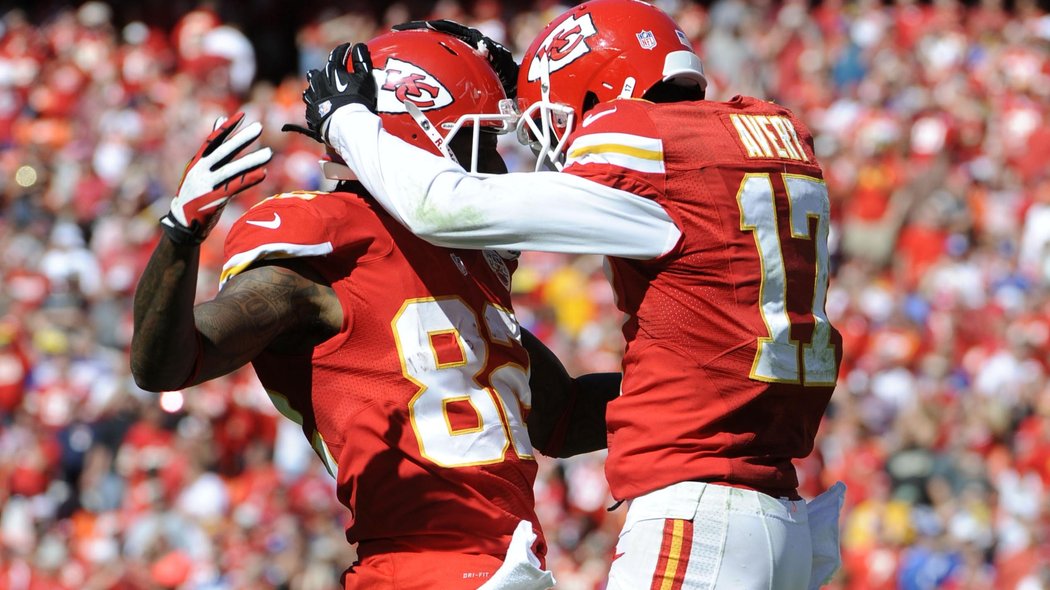 The Chiefs lead the Giants 10-7 with just over two minutes left in the third quarter. This was a tight game (despite what the eventual final score would indicate). The Giants offense kept getting three-and-outs abut they were one play away from taking the lead back against the Chiefs. I was nervous at this point.

So there's where we start: Third-and-long. It's 3rd down with 17 yards to go as the Giants stand on their own 14-yard line. Eli Manning and Co. had been struggling with third down extensively throughout this game. Needing a huge play, Eli seemingly got it as he drilled a sliding Victor Cruz over the middle of the field. Cruz was touched down by Dunta Robinson.

There was a measurement, which gave Big Red plenty of time to make his decision as to whether he would challenge. The Arrowhead video boards are very good at showing the replays and they did that so that the head coach could see it. The fans obviously were going a little crazy. -The replays made it fairly clear that this was not a first down, that Eli did not convert his biggest third down of the day. (Fun fact: The Giants finished 1-of-14 on third down which is 2011-12 Chiefs-bad.)

What is Big Red's decision?

He challenged it -- and won.

The referee actually said, "Philadelphia will not be charged with a timeout." First time or last time the refs forget Big Red is in KC now?

But to hear Andy Reid tell it, he doesn't deserve all the credit. Most teams have a designated "challenge guy" who can get a good look at the replay and advise Reid on whether he should challenge it.

"My guys upstairs did that," Reid said after the game. "The coaches upstairs did a nice job with that. I have a lot of trust in those guys. They called it. That was a pretty big challenge there, and they were very accurate with what they saw."

"Pretty big" challenge? It was the biggest challenge of the season. It did not win the Chiefs the game but it gave them an opportunity to do so.

Big Red's challenges and his in-game management will drive us bonkers at some point. But last Sunday was not one of those days.

The reason that challenge is important

Because it led directly to this...

39 percent of reviews have been overturned this year

7-of-14 first down challenges have been overturned this year

The Seahawks lead the NFL with six challenges.