This KC Chiefs defense is something else, and 5 other things we learned in the Giants game

The Kansas City Chiefs beat the New York Giants, 31-7, to move to 4-0 for the first time in 10 years. The KC Chiefs are winning with great defense and an offense that is doing enough to win. Oh, and 89-yard punt return touchdowns don't hurt either. Six things we learned from the Chiefs fourth game.

Share All sharing options for: This KC Chiefs defense is something else, and 5 other things we learned in the Giants game

1. The Chiefs defense can win games for this team

We learned this in Week 1, Week 2 and Week 3. Now we learn it again in Week 4. This defense is, through one month of games, elite. Will they stay this way throughout the season? I have no idea but they have been outstanding for the past four games. You hold opponents under two scores a game and you are going to win a LOT of games.

This defense is good enough that even when the offense struggles they can win by 24 points. That's what happened today as the Chiefs defense stuffed the Giants again and again.

The stat of the day: 1-of-14. That would be the Giants offense on third down.

2. The Chiefs offense can score 30 points 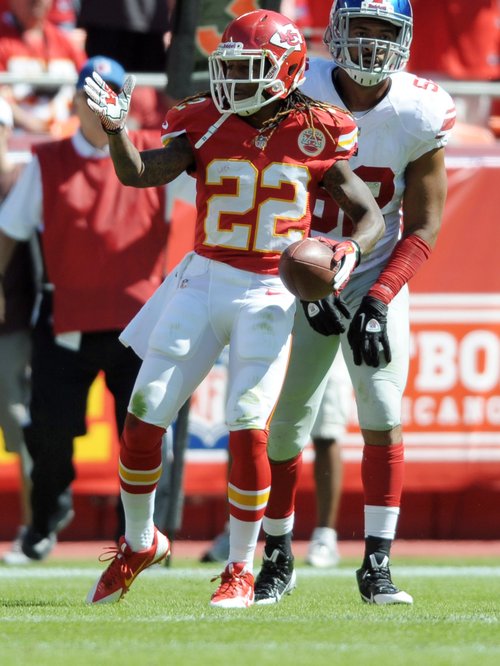 The first time since December 2010. Wow.

No, the 31 points scored by the Chiefs in this game are not indicative of what this offense did today. They struggled and had their issues. This was a one-score game in the third quarter with the Chiefs offense struggling. They blew it open in the fourth but they certainly struggled.

3. The Chiefs are masters of closing the game out

In Week 1, the Chiefs didn't need to close the game out as they dominated the Jaguars.

In Week 3, they ran over eight minutes off the clock in the final drive to beat the Eagles.

And then against the Giants on Sunday, the Chiefs had a 9:17 drive to kick off the fourth quarter, effectively ending any shot the Giants had at scoring multiple times to get back into the game.

These end-of-game drives are so, so awesome.

I asked Alex Smith after the game what they were doing differently in those drives and he said they weren't doing anything different, just executing better. Indeed they are.

4. Depth matters, and the Chiefs have it

Starting G Jeff Allen did not play. Geoff Schwartz filled in for him capably.

Starting CB Brandon Flowers did not play. Dunta Robinson began the game on the outside but then Marcus Cooper, brought in just a few weeks ago, finished out the game there and did just fine.

Starting TE Anthony Fasano and No. 2 TE Travis Kelce did not play. Sean McGrath led all receivers with 64 yards on five receptions. He caught all five balls thrown his way.

This team has depth. We knew coming into the season that the depth was there -- on paper. Through the month of September, the Chiefs have confirmed the optimism surrounding the depth.

5. Special teams can help, too

Remember preseason when we thought the Chiefs were going to return at least two kicks a game back for touchdowns? And then they didn't?

Well we finally saw some flashes of that special teams greatness on Sunday. Dexter McCluster didn't just take back a punt for a touchdown. He did it at the absolute perfect time. It was a 10-7 game in the third quarter with the Chiefs leading. KC's defense was keeping them in the game with stop after stop of the Giants offense. Any screw-up by the Chiefs defense would have lost them the lead.

DMC makes a guy miss, spins, stays on his feet, weaves through the defense, cuts back and see ya. HE GONE!! 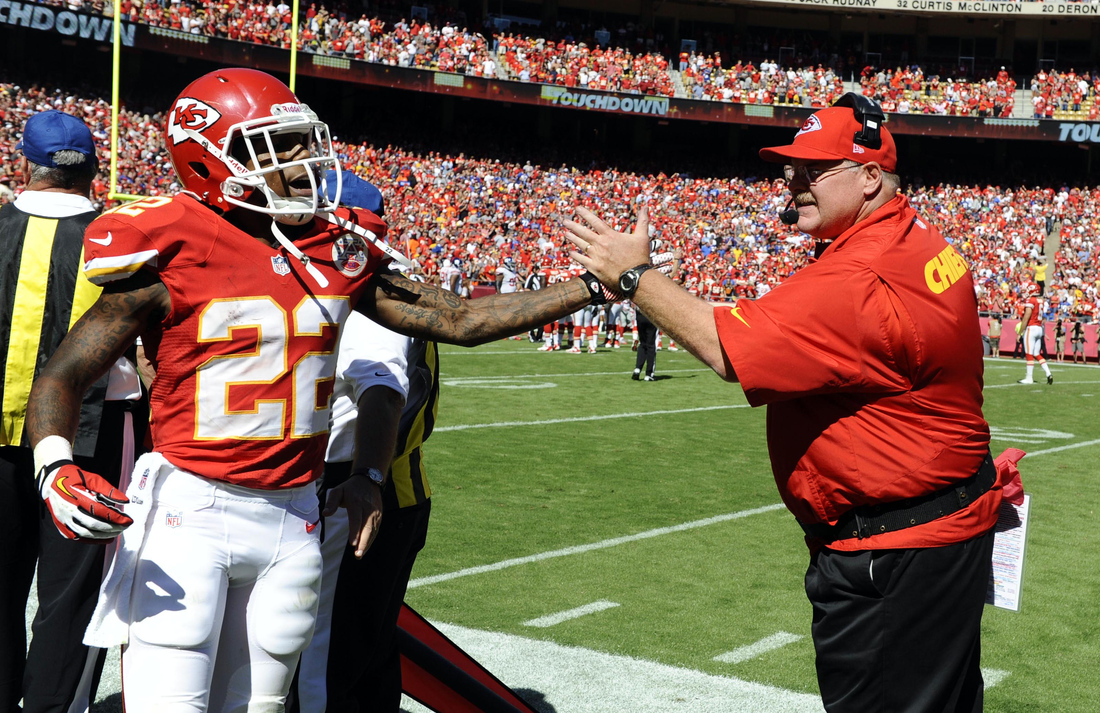 Crowd is on its feet for Giants first drive. Very loud out here. Feels like the 4th quarter already

I noticed the play clock at zero a couple seconds before snap. Couldn't hear whistle? I don't know there

Re-live the Chiefs victory with these pictures