Job No. 1 for the Kansas City Chiefs on Sunday against the New York Giants is to stop Eli Manning.

Share All sharing options for: Stopping Eli Manning is goal No. 1 for Kansas City Chiefs defense vs. New York Giants

The key to stopping the New York Giants, according to KC Chiefs defensive coordinator Bob Sutton, is Eli Manning.

"The Giants offense is centered around the quarterback," Chiefs defensive coordinator Bob Sutton said on Thursday, via comments distributed by the Chiefs. "Eli (Manning) has been an outstanding player there for a number of years now, two Super Bowl wins. (He's) one of the best two-minute quarterbacks in our league. There's not a pass that he can't throw. He's a very accurate deep ball thrower, that's always been one of his greatest strengths since he's been in the league. He's got a great touch on it and gets there fast, but he can kind of drop it in and does a really good job." 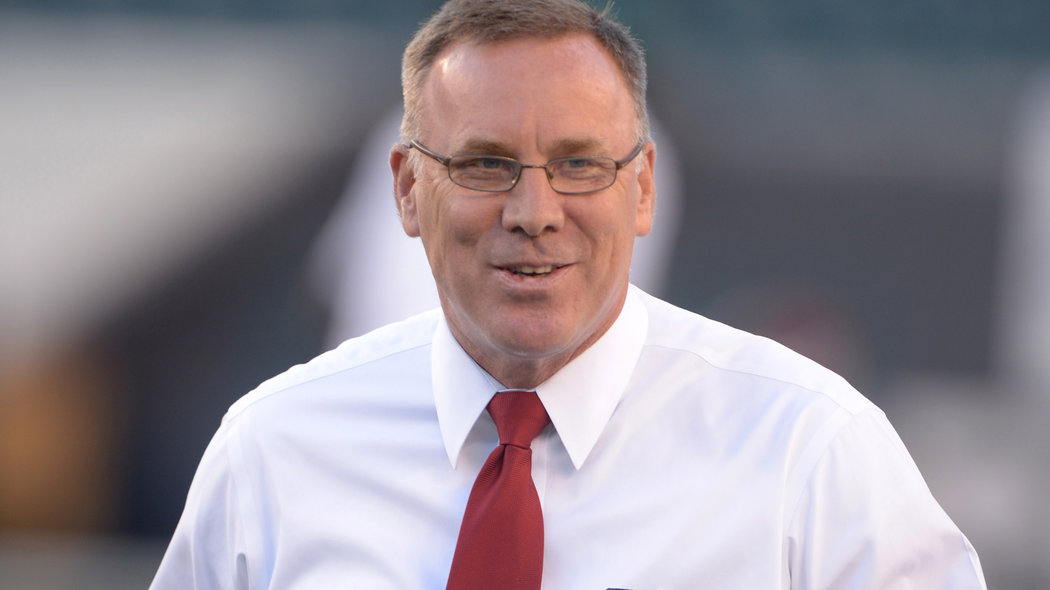 Even with Eli struggling he's still a major concern for the Chiefs defense. He has the arm to make them pay. He's been getting sacked a lot but it only takes one play. The key to this game for the Chiefs defense is stopping Eli, and the best way to do that is to pressure him. Do that well and the Chiefs will get a sack or force a turnover.

Sutton explained that the key to the Chiefs pass rush comes from three players -- the two edge rushers (Tamba Hali and Justin Houston) coming along the outside with Dontari Poe pushing up the middle.

"Dontari can go by you just like one of the rushers can go by, so he provides both things to our defense," Sutton said. "A lot of time, you have the two edges we have and you can push that middle back and there's nowhere for the quarterback to step up which makes the offensive tackles jobs a lot tougher. You're just edge-rushing, and you can be really firm in the pocket and then you can kind of push those outside rushers past and the quarterback kind of helps that tackle by stepping up. The middle is going backwards and the edges get closer and closer which is what I'm trying to get at, that whole combination can be really good for us."

In theory, that's how you want the 3-4 defense to work. Amazingly, that's exactly how it's been working for the Chiefs. With the Giants offensive line banged up, the key to this game is the Chiefs pressure on Manning.
And, ohbytheway, the Giants start a rookie right tackle. Justin Houston has a league-leading 7.5 sacks against rookie right tackles this season.