KC Chiefs head coach Andy Reid spoke with the media on Friday, one day after the Chiefs 26-16 victory over the Philadelphia Eagles. A few highlights of the media conference call below.

We'll start with the two questions I asked Andy Reid on Friday.

Alex Smith is averaging around 35 passes per game so far. Is that about where Reid envisioned him being? Will he throw more as the season goes on?

"We'll see," Reid said. "It just depends on who we play and I mean, I won't put a number on it or anything, I think every game is different. Some games it could be higher, some games it could be lower, it just depends on what we're trying to get accomplished. One of our primary goals is to make sure we've scored points, right, I mean that's obvious. We're going to try to do what we think is best to do that. We (may) do it better sometimes than other times, but that's our primary objective. I never put a number on those types of things." 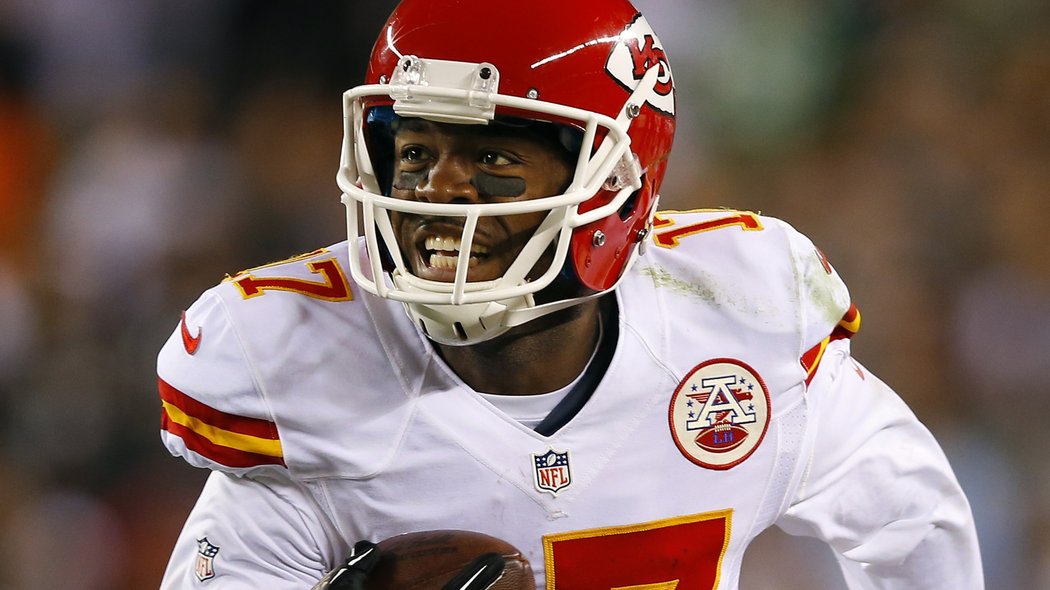 The second question I got in was what I thought was an overlooked story line -- Chris Ault and Brad Childress's contributions for the Philly game plan. Ault of course has pistol experience while Childress had the title of "spread game analyst". It was mentioned when they were hired that they would contribute not just on offense, but defense, too.

So did Ault and Childress contribute to the game plan this week?

"You saw us on the pistol looks in this game and you saw some last week with the option game," Reid said. "We didn't run any option this week-I take that back we did run some option plays. We ended up handing it off, but there were two in there. It's also helped last game, a couple of things, the wrinkles that we've done in the past games and they've come off that. So, I would tell you, yep."

I was hoping to get a little more detail on what they did, but Reid hasn't gotten very specific with what those two are doing.

The return to Philly

"It was interesting at the end," Reid said. "That was when it all hit that I was playing in Philadelphia again. I don't know if you let your guard down or whatever, but when the players are coming up to you and you congratulate them, that's kind of when you felt it, when I felt it." 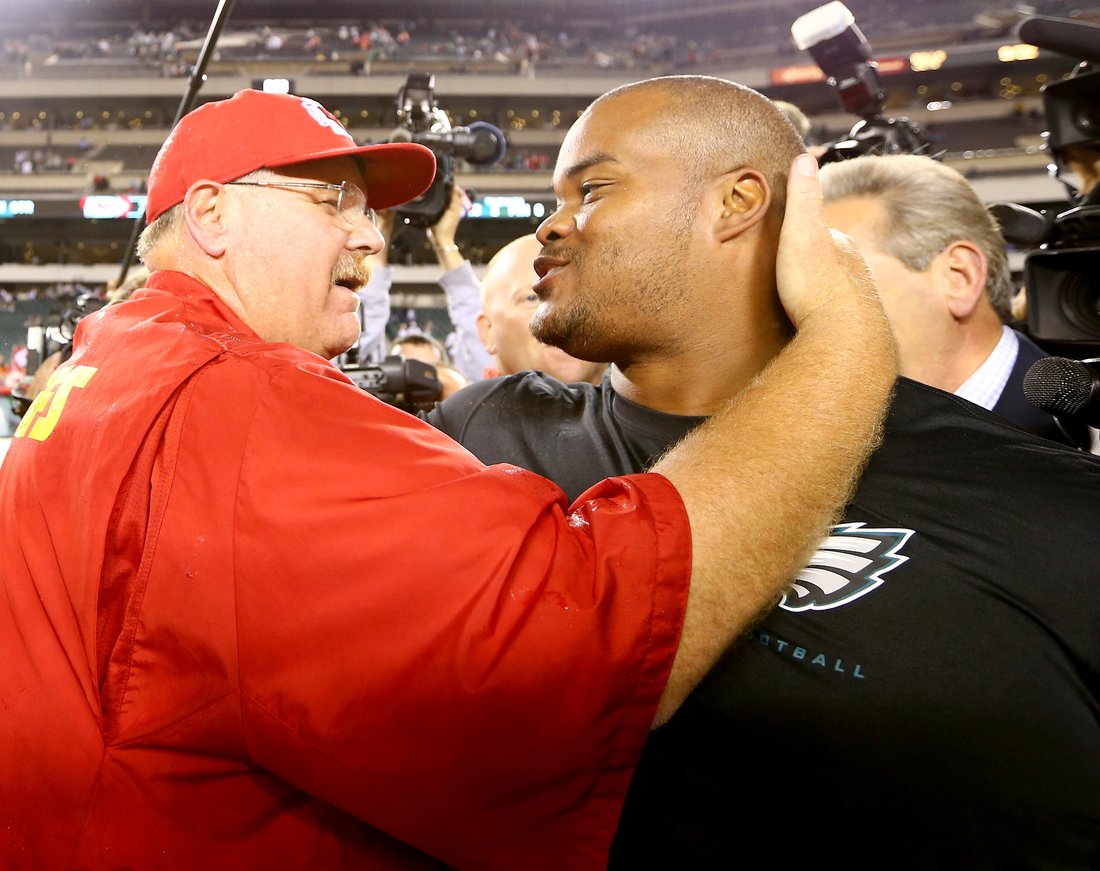 "I thought they played dominant football at times [against the Eagles]," Reid said of the Chiefs defense, which looks elite through three games. "If you're going to play that offense, you're going to have a couple of big plays. That's going to happen. They have way too much talent on that offense. And they have a great scheme. I guess what I was (most proud) about with the defense was, so they made a big play, they said alright they got one, but we're coming back at you. We're going to give you our best shot this play and see how that works. With that attitude, we were able to keep them out of the end zone. That attitude, for the most part, that attitude contributes to that."

The Eagles did have a few big plays, including Michael Vick's long scamper. But they held strong when they needed to.

"I expect good things from everybody," Reid continued, "including the coaching staff, myself, I just expect it. That's how I go into it. I expect to do a good job. I can't tell you that they've exceeded, but I'm proud of them and how they're playing right now. We're early in this season; we're only in the third game here, we just finished that up. We have a lot of season ahead of us and it's important that we keep getting better. There's room to improve here and we can't lose focus of that." 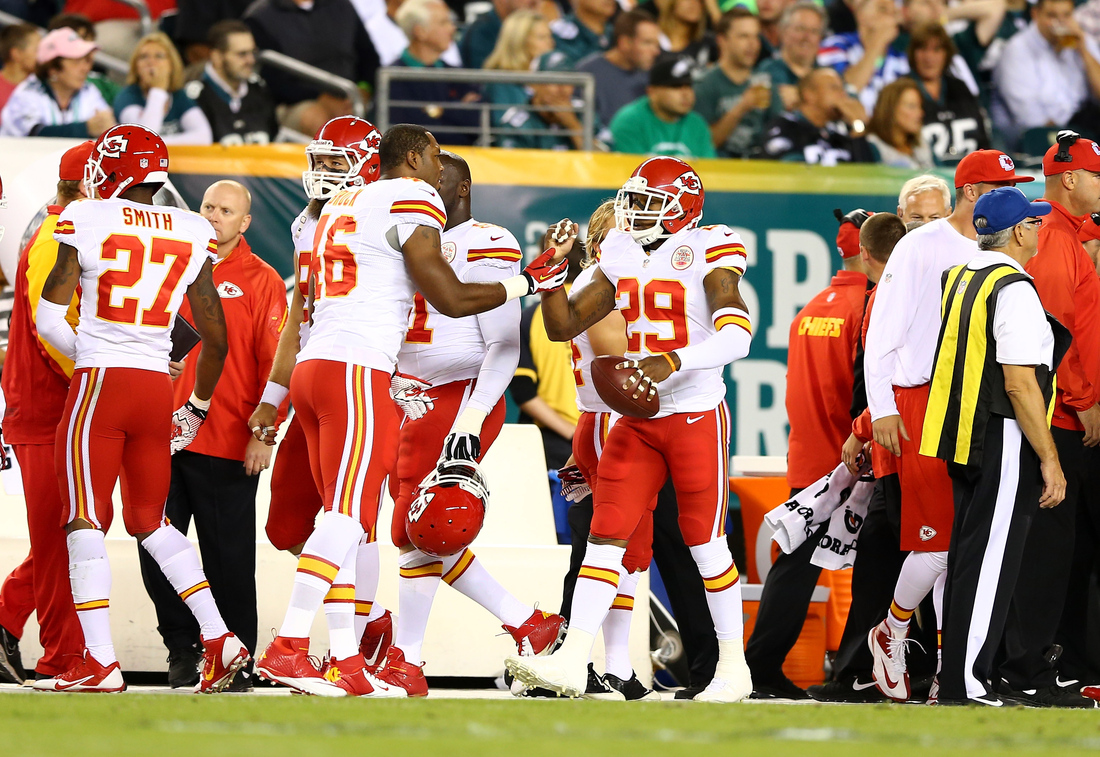 The o-line: 'We're young there'

The Chiefs have one of the youngest starting offensives lines in the NFL. And they have played like it at times this season.

"We're young there," Reid said of his offensive line, "and we're getting better. We have to continue to work there and keep working as a unit and getting to know each other. As the game went on, we progressively got better, which is important. The last two weeks, they've been really taking over in the end of the game and done a pretty good job of finishing things up."

"They don't get frustrated to where they go into the tanker," Reid said. "They just keep working and working to get it right and good things have happened the last couple of weeks for them."

Pass protection is going to be a big thing all season long. The good thing is that, since the Chiefs are young, you'd expect to see lots of development early on. You hope at least.

How about the world we live in? The o-line struggles and fans don't need to go to the media. They can go straight to the players! Love it. 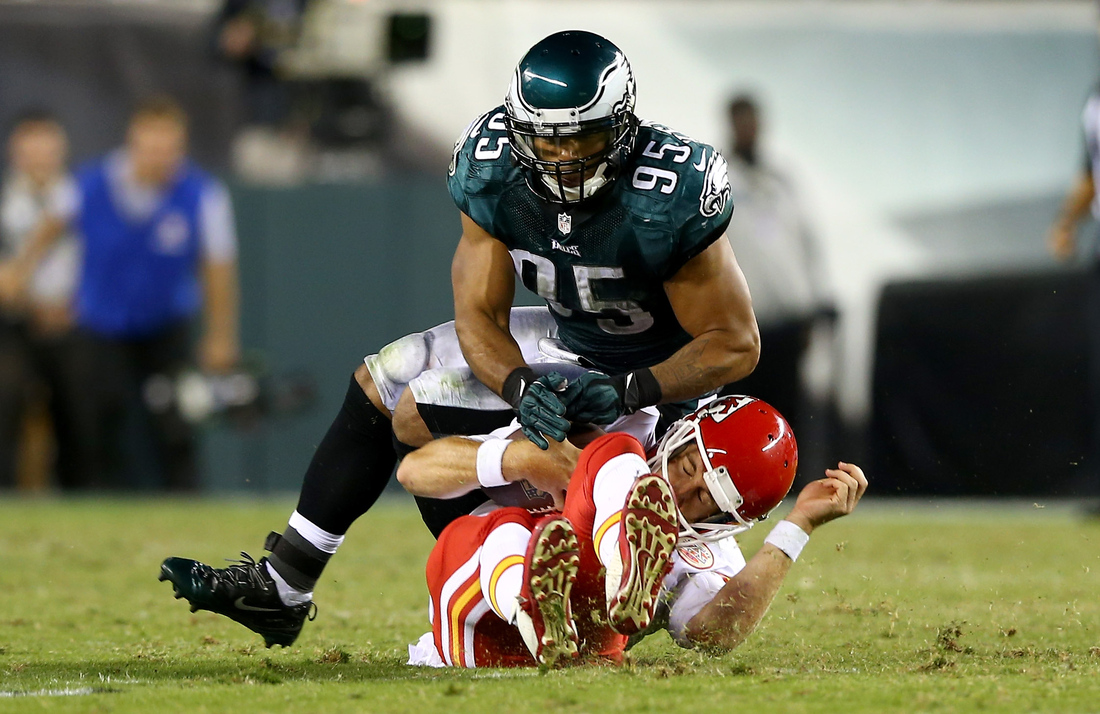 No turnovers: 'That's what we've stressed'

"I keep it real simple," Andy Reid said when asked about the Chiefs zero turnovers through three games. "I've told you this before -- turnovers and points on both sides of the ball are very important.

From the defensive standpoint, you want to create turnovers and takeaways and you want to limit points.

Offensively, you want to score points and eliminate turnovers. That's been - from the first meeting with the players, that's what we've stressed. Touchdowns do matter from special teams, from offense and defense. You want everybody to be involved in that part of the spark."

I've said that I think this is the Chiefs most important stat through three games.