The KC Chiefs won't beat themselves, and 5 other things we we learned in Philly

The Kansas City Chiefs beat the Philadelphia Eagles and Andy Reid's return was the big story line of the night. But the Chiefs 26-16 victory over the Eagles taught us several things about your 2013 Chiefs.

Share All sharing options for: The KC Chiefs won't beat themselves, and 5 other things we we learned in Philly

1. The Chiefs don't beat themselves

Talking with Danny Parkins and Carringto Harrison on 610 Sports before the season, I said that the Chiefs are a good enough team that they need to just "not screw it up". That should be the strategy. Some might say it's a loser's mentality because you're not trying to go out and win the game ... you're just trying not to screw it up. Whatever. The Chiefs are doing exactly that. They are winning by not screwing it up. They are NOT beating themselves.

Part of not screwing it up is this important stat...

2. No turnovers can take you a long way

Through three games, no turnovers! Does that seem like an incredible stat? 15 years since...

Chiefs are the first team since the '98 Patriots to with 0 TOs in first three games. First since '00 Broncos with +9 TO margin thru 3 games.

At this point last year the Chiefs were -8 in turnovers.

There's no way this stat is sustainable. The Chiefs will turn it over at some point. No question about that. But the more games KC has without turnovers, the more games they will have a great shot of winning.

3. Chiefs can run it when they need to

The history of 3-0 starts in KC 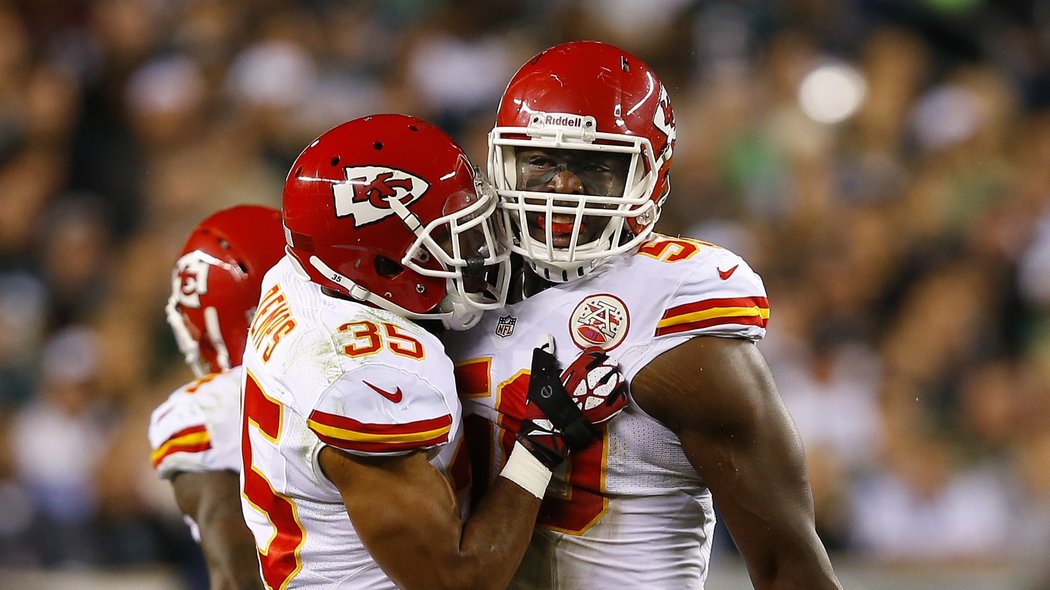 They just haven't chosen to do that in the first three and a half quarters of the past two games.

Last week against Dallas, the Chiefs had the ball with a 1-point lead, 3:48 on the clock and on their own 16-yard line. The Chiefs fed Jamaal which kept the ball out of the Cowboys hands until 16 seconds left in the game.

This week against Philly, the Chiefs had the ball with a 7-point lead, 11:31 on the clock and the ball on their own 5-yard line. The Chiefs churned over 8 minutes (!!) off the clock with seven rushes by backs, along with shorter completions to the backs.

What happens from quarters 1-3 with this running game is a question that needs to be answered. What happens late in the fourth is not. The Chiefs burned clock when they needed to.

4. The offense will be a problem at some point

Let's just get this out of the way. Yes, the Chiefs are 3-0 so to some degree they're going something right. But anyone who watched either last night's game or watched ANY Chiefs team in the 1990s knows how this thing turns out.

The final numbers on Alex Smith look good -- 22-of-35 for 273 yards -- but the Chiefs couldn't deliver points on a consistent basis.

5. Justin Houston can take over a game

The Houston factor: A breakdown 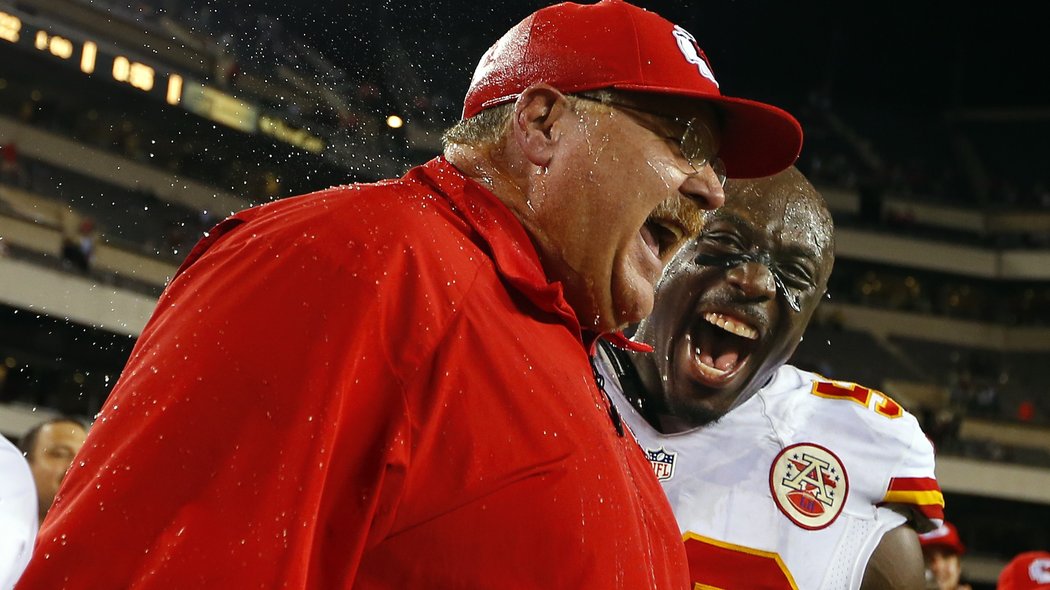 Which would you rather have, a player who gets one sack a game or a player who blows up in four games? I'd lean toward the latter.

6. Eric Fisher and the o-line is becoming an issue

Two holding calls and a couple of sacks given up. Even to the untrained eye it was clear Fisher was struggling on Thursday against the Eagles, who supposedly don't have a good defense. Alex Smith was sacked five times.

It's not just Fisher. It's the o-line as a whole. Jamaal Charles is good enough to mask some of that in the running game (well, not really early on) and Alex Smith isn't allowing the pressure to cause him to turn it over, so the Chiefs are surviving right now.

But the o-line is becoming a problem.

Re-live the celebration in Philly