Chiefs' Andy Reid: 'I'm not sure how I feel but I'm glad we won'

KC Chiefs head coach Andy Reid was victorious in his return to Philly as the Chiefs beat the Eagles, 26-16. Reid was mum on what this game meant to him in the week leading up to it. Following the game he opened up but only a little. Read on for post-game quotes from Reid on his return to Philly.

Share All sharing options for: Chiefs' Andy Reid: 'I'm not sure how I feel but I'm glad we won'

Andy Reid's return to Philly was a good one ... for Chiefs fans. Not so much for Eagles fans. The Chiefs beat the Eagles 26-16 and it was on the heels of Reid's defense, who put up a tremendous performance. We'll talk plenty about the game but we all know the story line in this one was all about Andy Reid.

I did some Philly radio this morning and I noted that Reid has done an impressive job saying nothing about his return to Philly. He really didn't give the media anything to work with in the lead up to the game. 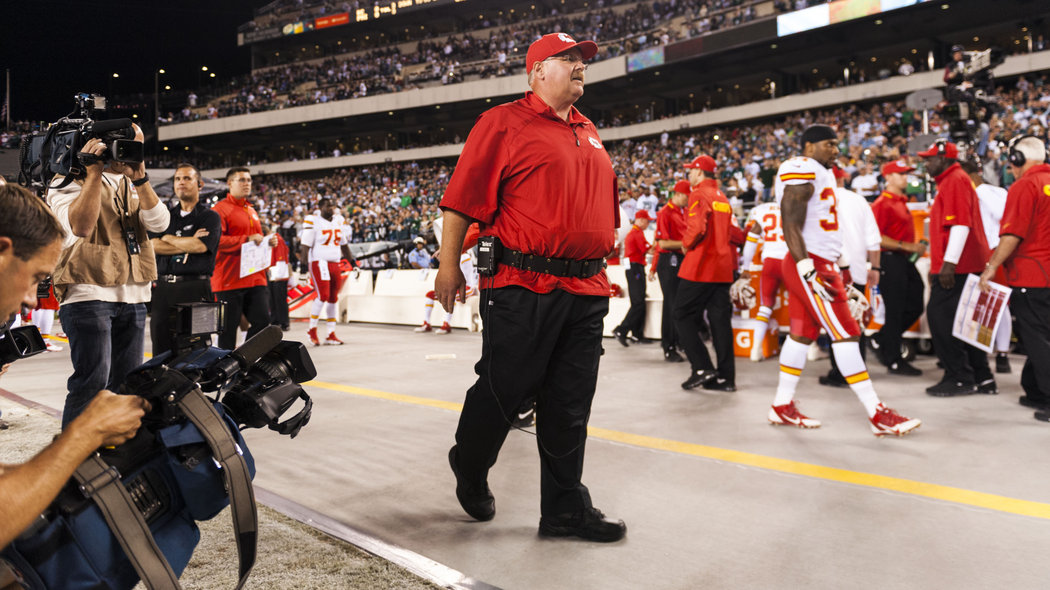 After the game, he opened up. But only a little bit.

"You put it out of your mind the best way you can," Reid said after the game (via KSHB) when asked about his return to Philly. "14 years is 14 years. That's a long time especially for a chubby old guy. I can tell you I enjoyed every minute here. I'm enjoying my time in Kansas City.

"Coming back," Reid continued, "I really didn't think much about it until the game was over. It was great to see the players that were here. I had a chance to talk to a couple of them after the game. It's all kinda settling in right now. I'm not sure exactly how I feel but I'm glad we won the game."

Reid..."I saw that (standing ovation) and I appreciate that. Very kind of the Luries and of the fans. Really appreciated all of that."

He said he didn't think much about it until the game was over. I'm not sure I buy that, right?

"It was different," Reid said. "I'm on the opposite end of the field I'm normally at, that was a little different. I can't tell you that because I wasn't caught up in that part. I was so busy trying to .make sure we had the offense and the defense and the special teams going right that I probably didn't have time to think about all the other stuff that goes along with it."

Andy Reid is now 1-0 in his career against the Eagles. The Chiefs, meanwhile, move to 3-0.

The best photos from Big Red's return to Philly

Editor markup for Andy Reid received a Gatorade bath after the KC Chiefs victory over the Eagles. This is only visible in the story editor.