The theme of the week is speed as the KC Chiefs on Thursday play the Philadelphia Eagles, who are known for their fast-paced offense under Chip Kelly. How will the Chiefs defense this? Derrick Johnson, Andy Reid, Eric Berry and others answer that question.

Share All sharing options for: Chiefs' Derrick Johnson on Eagles offense: 'It's different, night and day'

I don't know about you guys but I find what the Philadelphia Eagles are doing fascinating. Chip Kelly's offense and his system has been fun to watch. I don't know a lot about the ins and outs of how it actually operates but I like that someone is trying something different (and some would argue it's not all that different from what's already out there).

KC Chiefs LB Derrick Johnson had a few interesting thoughts on the Eagles offense and the speed at which they operate.

Chip Kelly on the Chiefs 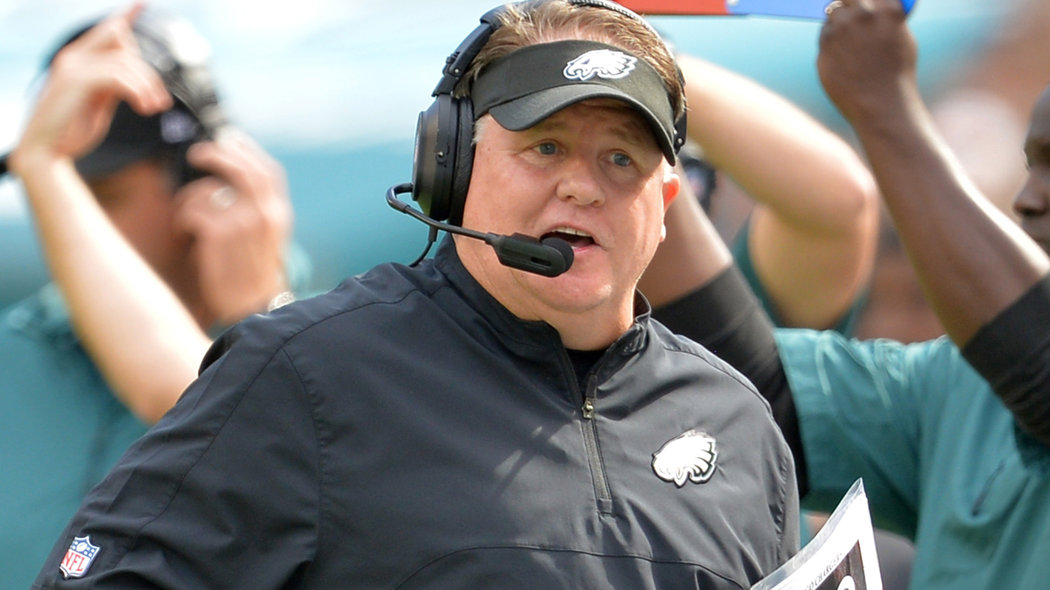 "It's very different, that college style stuff," DJ said, via quotes from the Chiefs. "They run a lot of plays. This is a different preparation week for us. Of course it's a short week, but at the same time (it's different) getting ready for that offense. It's difficult because it's different, but we'll simplify it. We have a good game plan."

Remember, the Chiefs defense may not be able to substitute. So think about the Chiefs defense, their sub packages, third pass rushers and all that. And now pick just 11 players you'd play for one drive. DJ is one of those guys who can stay on the field for every snap. And Dontari Poe and Eric Berry, Brandon Flowers, Tamba Hali and Justin Houston. The Chiefs know this, of course. Defensive coordinator Bob Sutton said on Monday that the Chiefs recognize the substitution patterns and the type of personnel and schemes they will need.

How can they simplify it? I see DJ, Eric Berry and Dontari Poe being important pieces this week. The theme is versatility. They can do multiple things and stay on the field. With Poe it's his conditioning. He's in great shape despite his size. I'm confident in his ability to handle this offense better than other nose tackles. If you have a shot to hang with it, Poe's going to be a big reason why.

""It's not that pro-style offense, it's different, night and day." -DJ

"It's fast, but it's just different," DJ continued. "It's not that pro-style offense, it's different, night and day. This is the NFL and you have to prepare week-in and week-out on what that offense does. You have to prepare just as good as them, and on Thursday we'll see who prepped the best."

What I wouldn't give to be a fly on the wall during either Chiefs or Eagles coaches meetings. This is going to be a great game for the football nerds who are into the formations and personnel more than the average fan. Andy Reid may be very boring to listen to at times but he is a very creative coach. We've seen formations we haven't seen in years in Kansas City. Meanwhile, Chip Kelly is putting his own spin on things. That crazy formation with tackles as wide receivers. These are both very sharp offensive minds, Reid with a little more experience. As excited as I am to see the Eagles offense, I'm even more excited to see what Reid dials up to defend it.

More quotes from the Chiefs on the Eagles offense: 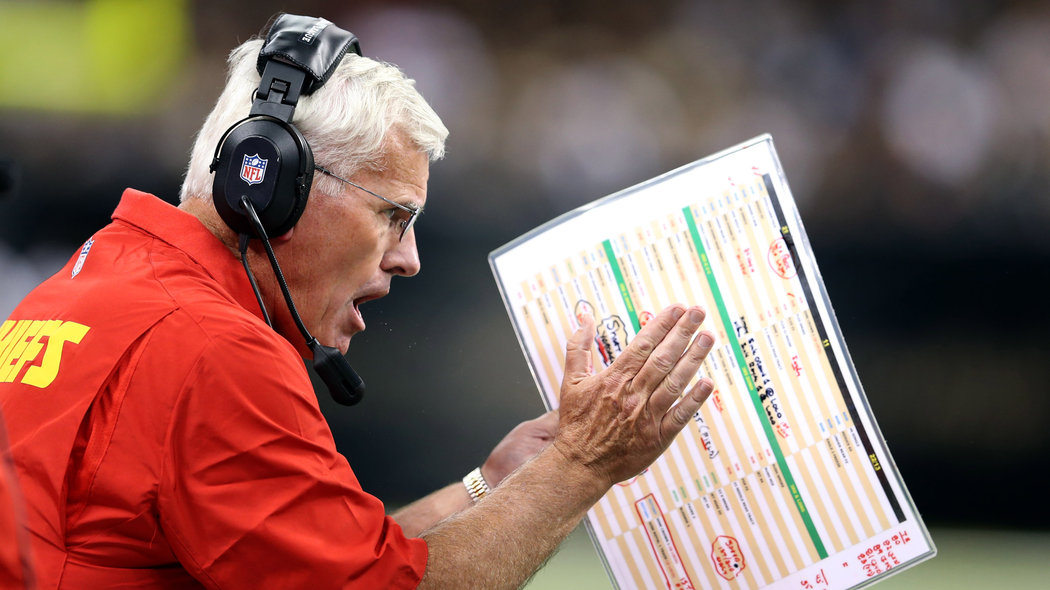 "You get caught up in the tempo, which they do a great job of, but really the way the system is run is really good," Bob Sutton said. "I’m an old option guy, so you have a great appreciation for what they’re doing."

Andy Reid: "It's exciting, it's an exciting offense. Chip (Kelly) has done a heck of a job with installing it and getting a lot done in a short period of time there. The obvious is the production. The numbers there are great so you know it carries over from the college level. You see high schools and colleges doing it now, really predominantly, throughout the country. It made that transition into the National Football League, and it looks like he's done that very well."

Eric Berry: "They go fast; we just have to make sure we get in our play books. You have to read your keys and make sure you're paying attention to what's going on and not get caught up into the speed and everything that's going on."

Dunta Robinson: "Those guys are explosive, that offense is explosive. From the running backs to the receivers to the quarterback, we know what we're facing. We have to play gap control, we have to understand our keys, we have to read our keys and we have to be ready to play. We can't make mistakes. We have to play fast and have to play physical and that's the way Kansas City Chiefs play."