It's Andy Reid's return to Philadelphia as the Kansas City Chiefs take on the Philadelphia Eagles on Thursday Night Football on NFL Network. Below you can find information on how to stream the game online, which TV channel it's on (NFL Network and KSHB) or listen to it on radio, the odds (Chiefs are 3-point 'dogs), announcers and more stuff like that.

Game time is almost here. The KC Chiefs will line up and play the Eagles at 7:25 p.m. (Arrowhead Time) on Thursday night. The game can be viewed on NFL Network OR KSHB in Kansas City. So if you don't get NFL Network on your TV, it's OK. You can still watch the game. The NFL will also stream it live, which is nice.

The biggest story line in this one is Andy Reid. The head coach of the Eagles from 1999 to the end of the 2012 season, Reid will be just the third NFL head coach to face a team he coached for 14+ years. Will they cheer or boo Andy Reid? My guess is there will be a lot of cheering, and a few boos.

Donovan McNabb, who was cheered in his return to Philly as a Redskin, will have his jersey retired at halftime. That's yet another event to take Reid's attention away from the actual game, but he has consistently said that he will not make himself and his return to Philly a distraction. He has really avoided saying anything about it at all, other than that he's not going to make it about him. The word "team" has come up a lot.

3 steps to the Chiefs winning formula 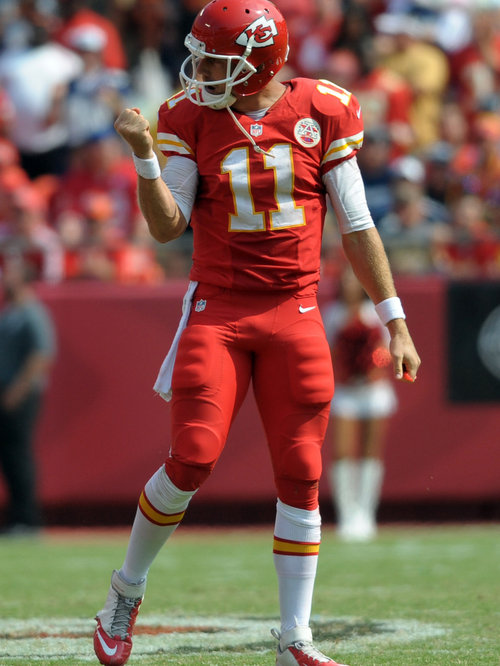 The best of Arrowhead Pride this week

BJ Kissel on the passing game

The best and the worst with His Dirkness

Herbie Teope on the scene at Arrowhead vs. Dallas