If KC Chiefs' Eric Berry could pick off any QB, it would be Eagles' Michael Vick

KC Chiefs Pro Bowl safety Eric Berry spoke with NFL Network following the Chiefs 2-0 start. Berry said that while the Eagles do "so many good things" on offense, the Chiefs are going to bring their best shot. Read on for a transcript of Berry's segment on NFLN.

Share All sharing options for: If KC Chiefs' Eric Berry could pick off any QB, it would be Eagles' Michael Vick

NFLN intro-ing Berry:"The only thing you're afraid of this entire planet might be horses, certainly nobody in the NFL."

"Right now I think everyone is just focused. We're on a mission. We've seen the bad times, not just on the field but off the field. Right now we're just focused on a bigger picture, we have a bigger goal in mind. So we're going to keep taking it week by week and keep trying to get things done."

If you could write a script for Thursday night, what would it be?

Can you tell this is something extra special for Andy Reid?

"I don't know. Every game he comes out and he comes into the meeting rooms fired up. Every time we get ready to play a game, it's like something happens to his confidence and his energy level goes up. We just need to keep focusing on playing the game and going out there and trying to do our best. He's doing a great job of keeping us focused. We're going to go out there and play and give it our best shot."

Is this a tough offense to scheme for?

"They just do so many good things on that offensive side of the ball. Yes, it is something different and, yes, it is up-beat an fast-paced. So you definitely have to be locked in and read your keys at the same time. They have athletes across the board from DeSean [Jackson] to [Michael] Vick To [LeSean] McCoy and a lot of people overlook it but their offensive line is pretty athletic, too. We have to make sure we win our one on one battles and everyone does their job. Whoever has a job, just do it. And everyone has to rally to the ball. They can hit you deep and they can hit you quick." 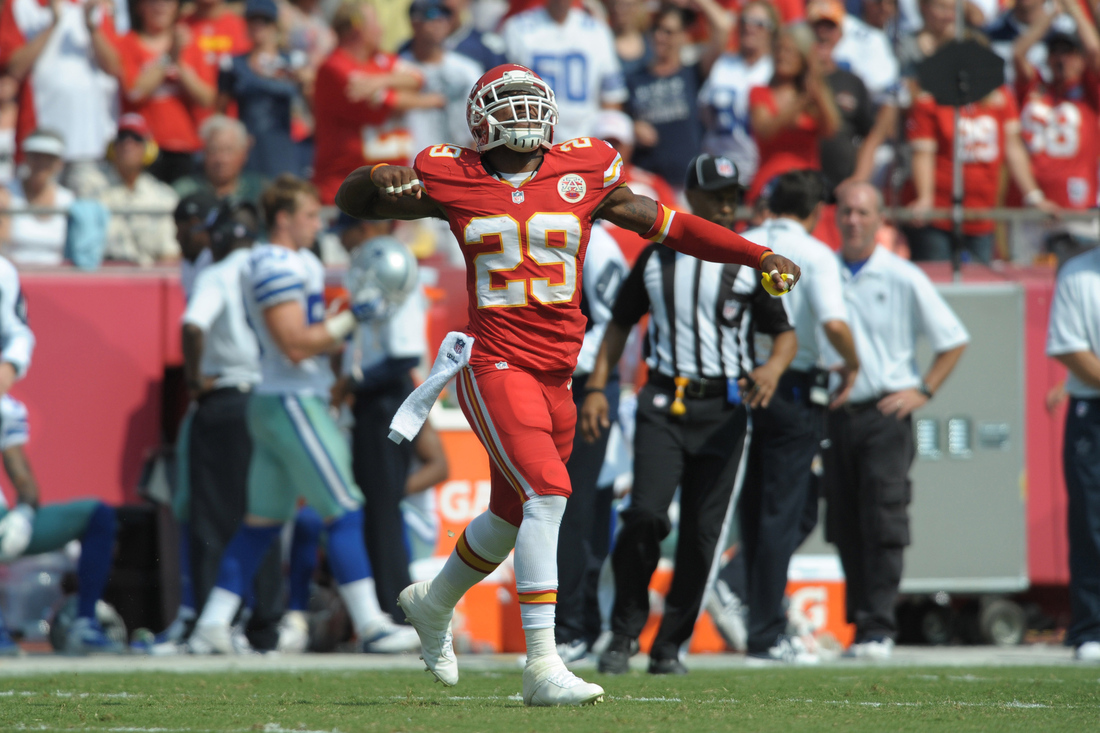 Who is harder to defend - DeSean-type of WR or a Boldin?

"DeSean, it's hard to get your hands on from my perspective because he's so quick and so elusive. He can get up to that 5th, 6th gear pretty fast, so any mistake you make at the line is going to cost you. You have to be locked in and make sure you're ready to go with a guy like that. "

What does Alex Smith bring?

Alex brings so much. Just the fact he comes in and competes with us as a defense. He's giving us his best shot day in and day out. He may make a mistake but he's right back at our throat. We know we have to bring our best when we go against him and he's going to make plays. I think that competition level from a day to day basis brings the best out of us as a team.

The QB he wants to pick off the most

Michael Vick (Berry is from the Atlanta area)

Greatest safety of all time