With injuries to two tight ends Anthony Fasano and Travis Kelce, the KC Chiefs will be bringing back a familiar tight end in Kevin Brock.

Kevin Brock is a Chief again. The Kansas City Chiefs announced the team has signed the tight end who spent the 2013 offseason in Kansas City. Brock was first cut by the Chiefs shortly before the season on cut down weekend.

This answers the question of who will fill the roster spot created when the team cut safety Bradley McDougald earlier today. 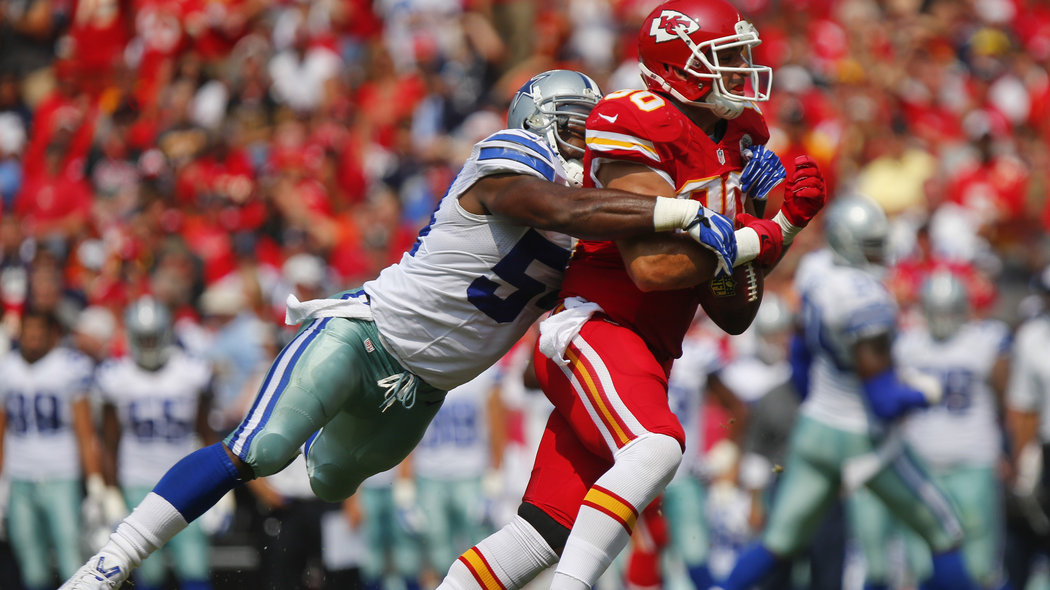 This signing tells us a little bit about what's going on with the Chiefs injury situation. No. 1 tight end Anthony Fasano has an ankle sprain and No. 2 tight end Travis Kelce has a knee injury that has limited him in the past few weeks. Kelce recorded just one special teams snap on Sunday.

Brock's signing tells us that the Chiefs are at least a little concerned about the health of Fasano and Kelce on Thursday night in Philly. He spent the offseason with the Chiefs so he knows the playbook, which means his transition to the field would be smoother than, say, a street free agent.

Tight ends are important in Andy Reid's offense. I bet Brock will be playing on Thursday night.