The Kansas City Chiefs quieted many of their doubters on Sunday with a solid win over a good football team in the Dallas Cowboys.

The Kansas City Chiefs are angry, and taking out their frustrations with every block shed, every hit levied, and every punt forced.

It has been a long time, since the days of Derrick Thomas ans Neil Smith, that the Chiefs have had a defense worthy of national acclaim. Two games into the 2013 season under new defensive coordinator Bob Sutton, and one thing is beginning to come clear: they do now.

'This is crazy, man!' The scene at Arrowhead 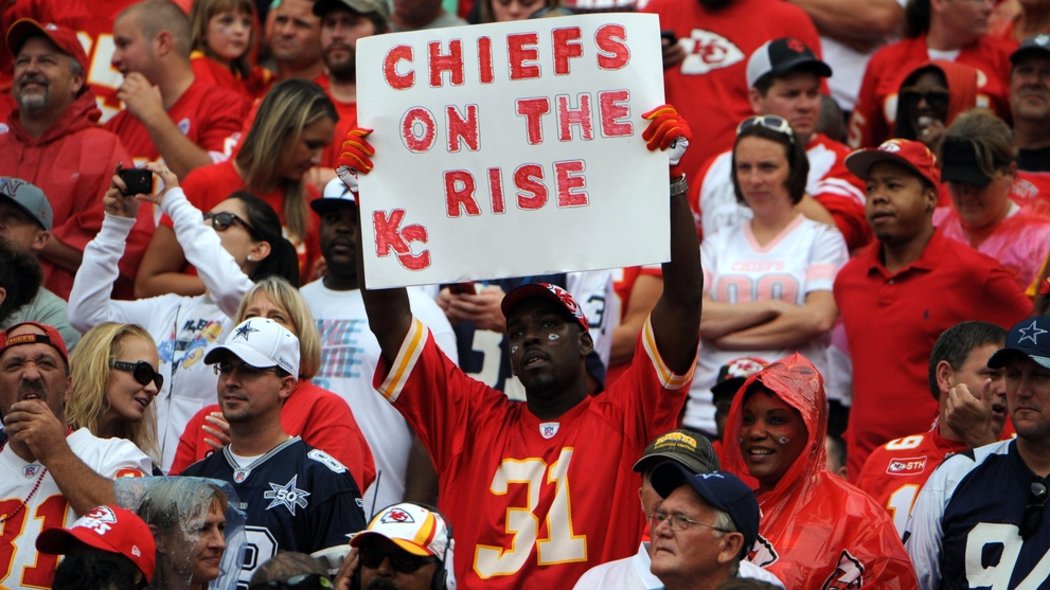 Kansas City was absolutely stifling in the second half against the Dallas Cowboys, holding them to a pair of field goals in a 17-16 victory at Arrowhead Stadium. For years, excuses were conjured when the defense would allow points following a mediocre to inept offensive showing. This time? No excuse necessary.

The Chiefs played with a controlled rage, a quiet intensity inside a deafening stadium. In the key moments when Dallas appeared ready to drive for an ultimate score, Kansas City time and time again dug its heels in and refused to yield. The passion was evident, the pride was furious.

Tony Romo and the Cowboys offense could never find a rhythm. Despite Dex Bryant having a big day for nine catches and 141 yards with a touchdown, the rest of the offense did nothing. Sutton's plan of accepting a tough day against Bryant with Brandon Flowers singled-up on him worked to perfection.

Sure, Bryant made plays, but the rest of Dallas' playmakers were nullified. Jason Witten and Miles Austin combined for six catches and 45 yards. The Cowboys rushed for 37 yards on 16 carries, and went 3-for-11 on third down. Ultimately, if it was not for Dan Bailey hitting two field goals of 50-plus yards, Dallas scores just 10 points.

"Sutton has unchained the dogs, and let them follow their instincts."

Sutton has changed everything about this group. Forever the Chiefs have had a talented defense with Tamba Hali, Derrick Johnson, Brandon Flowers, Eric Berry and Justin Houston dotting the landscape. Under Romeo Crennel, they were akin to frothing dogs tied to a leash, barking at the intruder but unable to protect the house.

Sutton has unchained the dogs, and let them follow their instincts. The results have been sublime.

Of course, it doesn't hurt matters that Sutton has a massive dog in Dontari Poe, who has figured out the NFL. Poe already has 3.5 sacks after ruining the interiors of two offensive lines. With Poe becoming dominant, teams are faced with another major weapon to contend with when they gameplan for the Chiefs.

All told, the defensive returns are obvious. A 2-0 record, 18 points against, four turnovers, a touchdown, nine sacks and 107 rushing yard against.

In the fourth quarter on Sunday, with Romo and Co. getting the ball repeatedly with a crack at the lead, fans in red held their collective breath.

No need, this defense makes you breathe easy.