'This is crazy, man!' Kansas City Chiefs fans react to the atmosphere at Arrowhead

Herbie Teope, editor-in-chief of the website Chiefs Spin, will drop by every home game with an on-the-scene piece. Today's edition focuses on the revival of KC Chiefs fans at Sunday's home opener against the Dallas Cowboys, which the Chiefs won, 17-16.

Share All sharing options for: 'This is crazy, man!' Kansas City Chiefs fans react to the atmosphere at Arrowhead

They arrived early on Sunday morning, some before the crack of dawn, with excitement and optimism.

Of course, fans have been through a home-opener ritual numerous times during an NFL season. However, this Sunday had a different atmosphere throughout pregame festivities.

As the cliché goes, "If you build it, they will come."

The fans came to see the product of offseason changes in person. They came to Arrowhead Stadium to watch the 2013 Kansas City Chiefs.

David Goins, a 46-year-old resident of Claycomo, Mo., has tailgated in Lot J with a group of 15-20 people for the last 15 years. He said he arrived at his normal 6:30 a.m. game day time to get in line and came away pleasantly surprised to see 20 other cars compared to the eight regulars he normally sees at that time.

"This is what Arrowhead is known for."

"In the last few years, we've had our downslope," Goins said. "This year, today, was the first I've seen the excitement we've missed for years and it's nice to have it back. This is what Arrowhead is known for."

The sentiment was shared by Tara Ortiz of Leavenworth, Kan.

"Everybody is out here in red, we're ready and it's exciting," she said. "I'm so excited, so happy to be a Chiefs fan."

Still, it wasn't always like that for Ortiz, who admits she and her husband participated in the controversial "Blackout Arrowhead" on Nov. 19, 2012.

However, Ortiz said they made up their minds at the conclusion of the 2012 campaign to purchase season tickets even before the sweeping transformations brought an end to former general manager Scott Pioli's regime.

"I love the Chiefs and I figured because 2012 went so horrible there would be change," she said. "We got (coach) Andy Reid, we fired Scott Pioli and things started moving in the right direction. I remember telling my husband things were going to be different. This is going to be a different team."

Meanwhile, Jeremy Bailey, 40, of Smithville, Mo., believes hope is alive and well for Chiefs fans because of Week One's dominating win against the Jacksonville Jaguars.

But more importantly, Bailey points to the offseason additions of general manager John Dorsey and Reid.

"If you look into the future, the future looks bright," he said. "We didn't have that with Scott Pioli. This is a fantastic fan base. If you give a glimmer of hope to Chiefs fans, it will get everybody and their mother out here."

"We've had changes in the past, but nothing everybody embraced," Goins said. "All these changes with a new general manager and coach, everybody - fan wise, that is - we're all basically in agreement with."

As the vehicles continued a steady stream into the Arrowhead Stadium parking lots, Bailey took a moment to watch the lines before commenting on what it meant to him as a Chiefs fan.

"I mean I have goosebumps. This is crazy, man."

"I feel proud," he said. "I mean I have goosebumps. This is crazy, man. It will be like an earthquake inside Arrowhead Stadium."

Tony Shepard, 43, Aurora, Mo., said he's been a Chiefs season ticket holder for 14 years and he also immediately noticed a different environment upon arriving at 6 a.m. to wait in line when compared to last season.

"Everybody is fired up today," he said. "I think opening the gates early helped out a lot. It brought the crowd in and the parking lot filled up quick."

Eric Swopes of Wichita, Kan., said he makes the trip to Kansas City to attend four to five home games every season. He missed the 2012 home opener, but reveled in soaking in the energy of Sunday's crowd.

Swopes, 27, pointed out the contrast from the home games he's attended in past seasons.

"The biggest difference is the change, the new hope with the new coach and general manager," he said. "There's just a lot more positivity in the crowd this year."

Nevertheless, after the Chiefs went a dismal 1-7 at Arrowhead Stadium in 2012, Eric Swopes hoped Sunday's game against the Dallas Cowboys would kick start a different direction.

Ultimately, Swopes and tens of thousands of fans in attendance were treated to that wish as the Chiefs defeated the Cowboys, 17-16, to move to 2-0. 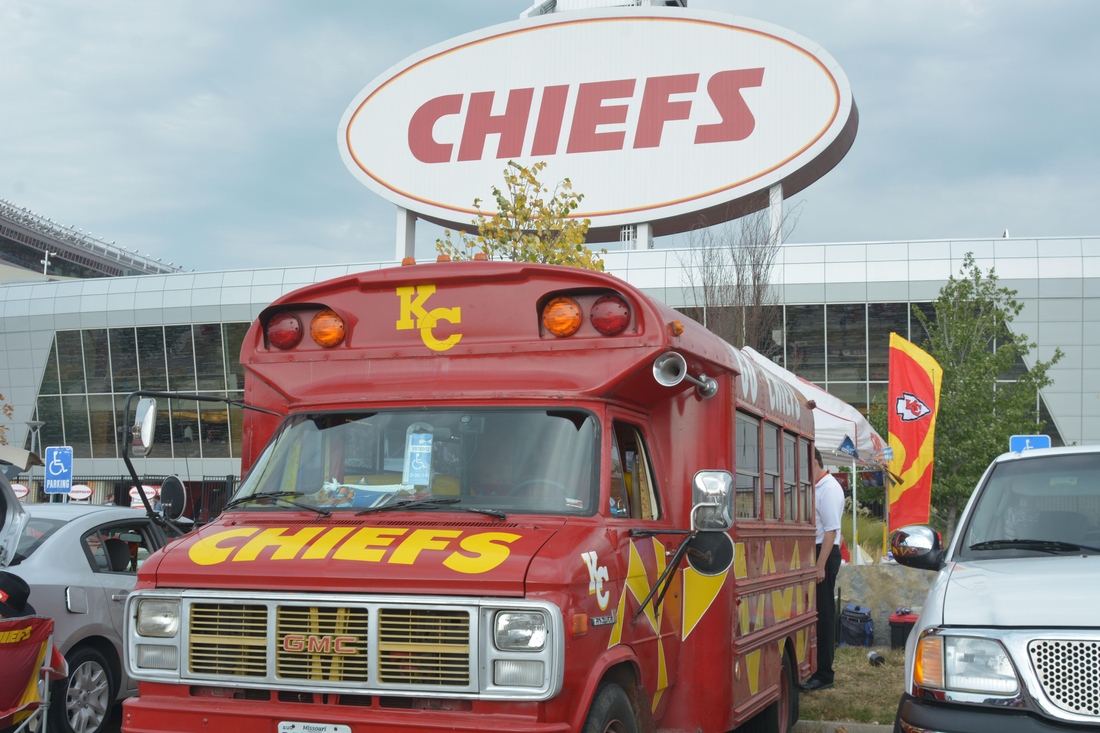 Their presence was felt all the way to the final gun by Chiefs coach Andy Reid and the players.

"They came out and there was a Sea of Red out there," Reid said during his postgame media session. "It was crazy and our players felt that. Believe it or not, they feel it, especially when the ground is shaking. When our fans are going, you can feel that field and it just kind of rumbles, it's crazy, but (an) awesome feeling."

The Chiefs obliged a loyal fan base by building a new regime, leading to the return of hope. While Sunday is just one home game of the young 2013 campaign, the magic of Arrowhead Stadium was definitely in the air.

The 76,952 fans in attendance can take responsibility for playing a large role in bringing it back.