KC Chiefs head coach Andy Reid addressed the media following the 17-16 victory over the Dallas Cowboys, which moved the Chiefs to 2-0 on their schedule.

Andy Reid was his usual self at Sunday's post-game press conference but KC Chiefs fans know it's a much bigger deal than that. The Chiefs are now 2-0 in the AFC West after their Week 2 and home opener victory over the Cowboys.

Here are a few highlights from Reid's post-game press conference:

*Injuries: Anthony Fasano has an ankle injury and Branden Albert has a shoulder injury. Both went back into the game. Mike Devito has a stringer and he's sore, according to Reid.

Six things we learned from the Chiefs 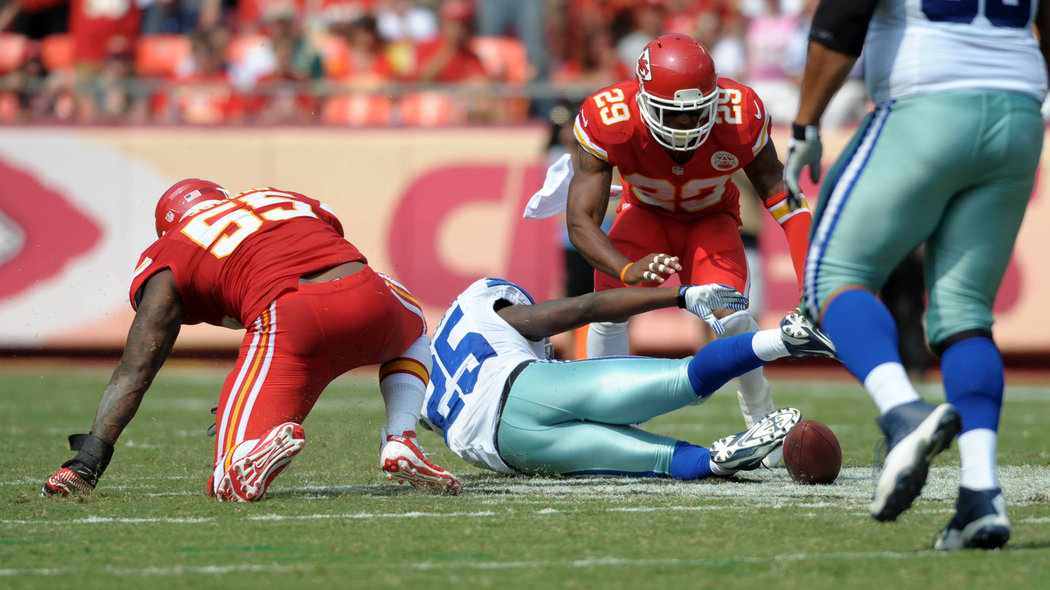 *"That's a good Cowboys football team and time will tell on that as the season goes on."

*On the Chiefs players staying even-keeled: "They just didn't have those high highs and those low lows."

*Knile Davis was in on the final kick return that was fumbled because Quintin Demps, who plays defense, was tired. "You're put in that role, you're a professional so you practice it, get in there and do the right thing," Reid said. "We're fortunate we got the ball back there."

*On Alex diving for the first down on his first quarter 18-yard gain: "He did it with grace." Alex said he'd never done anything like that before.

*On Dontari Poe, beast: "You're in a 3-4 front. It stats with that guy right there. Then you kind of build out from there. He's showing that he's a heck of a football player. These last two weeks you've seen, he's a pretty dominant force in there."

*Reid said Arrowhead was so loud the ground was shaking on the sidelines. More on the fans later from AP contributor Herbie Teope.

Andy on Philly game: "It's not about me. It's about our football team, and that's the way it's going to remain over the next few days"

We'll talk to Reid and the coordinators on Monday, and then Reid again on Tuesday before Thursday's game against the Eagles.